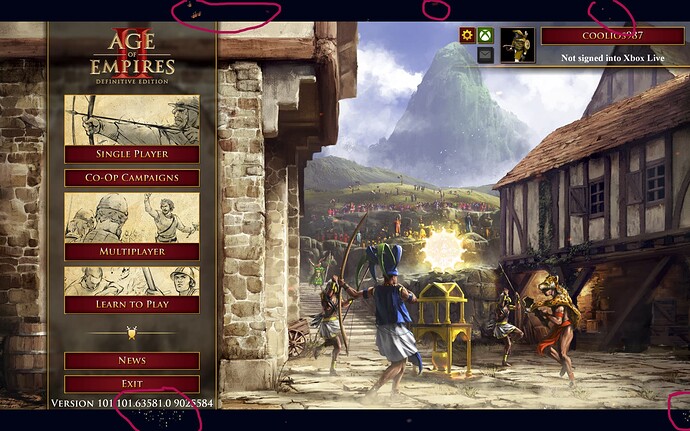 time to upgrade the PC

The bug itself is the same one as the next post below.

Does everything else work fine for you? See if you can run the in-game Benchmark (upper right gear button → select “Options” → “Ranked Benchmark Test”) or play the main game without issue.

Additionally, you can try installing the No Embers mod (either subscribe to it on the website, or in-game gear button → “Mods” → search for “no embers”), and see if that changes anything.

The devs of AoE2DE have only seriously accounted for how the game works in the aspect ratio range from 16:9 to 21:9. Its menu backgrounds are generally designed for this: their main “meaningful” content is concentrated in the 16:9 center, but have borders that extend into the 21:9 space.

Another quirk of its programming is that it always has a layer of “in-game” graphics running, even when you have only just launched it. So when the screen is not covered by a menu background image, you can see the in-game graphics hiding “under” its cover poking through.

It’s normal to see the game looking like this after having started a game (which puts fog on the “in-game” layer): 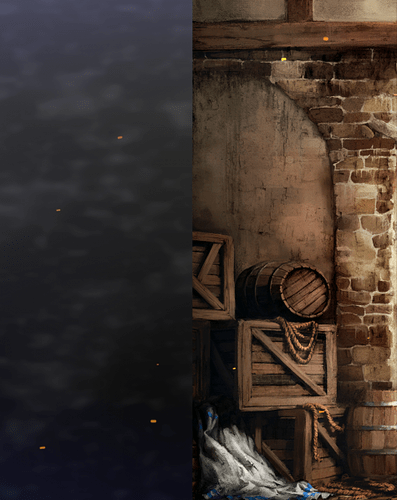 It is probably the same issue as the one I reported a while age: