What would you like to see added to AoE2 in the future?

This isn’t about Bug fixing or gameplay fixes or balance changes, those should be an absolute given.
I am talking new content
My List - in no particular order

A) Campaigns and Historic Battles - pretty simple and easy to explain. we have some, let’s add some more. China literally only has a historic Battle to there name. Lithuanians have nothing, the Dracula campaign covers 3 civs and none of them gets much time to shine.

B) Challenge Missions for each Civilization with unique customization rewards like new building or unit skins. these missions would modify the rules of the game slightly. think things like - no gold on the map but each building you destroy rewards gold. or you can’t build farms, or each military unit you make requires a gold payment every so often or they go rogue. you also get bonuses every mission that carry over throughout all the challenge missions. from the Indie Game Northgard here is something for you all to see what i am talking about (by the way, good game).

C) Co Op Missions - two players working together with towards a common goal, for those who want a good idea of what this is like i’ll link some a SC2 Co-Op (Note, these have varying difficulties, this is the most difficult) 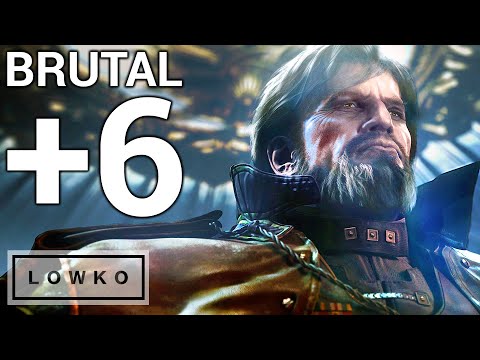 2 players co_op missions would be great! Lots of players only play with friends against AI

i’d hazard to guess the majority of age of empires 2 players rarely play player vs player.

i have the feeling that devs don’t care what we demand.

they are making random summer beach events which is neither of the following:

feels like they don’t care how many threads we make

i miss the early updates we got just after the game was launched. now it’s charm is gone.

we just get some new profile icons and weird pretzel projectile or beach carpets.

i have the feeling that devs don’t care what we demand.

i’m not demanding anything, this is just stuff i think would be cool.

they are making random summer beach events which is neither of the following:

while i agree, those random events keep the player base engaged in the game. it probably doesn’t take a whole lot of effort to put those together but they keep people coming back.

they have these upcoming from waht they have have said

not new, but arabia definitely changed for the better.

i’m not demanding anything

then there is no point of discussion.

then there is no point of discussion.

the point of discussion is to see what people would like. demand makes it sound like we got torches and pitchforks and that is hardly the case.

you mean just talking to some wall with no fruit?

just because the devs don’t react outwardly doesn’t mean they haven’t acted on stuff the forums has suggested.

people asked for something to better help them get maps they liked.
we got that. some of the proposed buffs that civs have gotten, came from the forums.

just because you don’t like events and why they exist does not mean that the devs aren’t listening.

I would really like to see a custom map vote in feature and a dev that moderates it.
What I mean by that is to make beloved and widely used user created maps and scenarios part of the standard game.

For example: the Devs could make a “competitive 1v1 maps” tab for the map type selection.
Then, after a big tournament (like Hidden Cup 3 this year) the Devs make a poll (like for the 2week map rotation) with a couple of the HC3 maps -> the 3 winners of that poll get added to the game permanently!

Once a quarter year the users also may vote on a custom scenario. The winner gets permanently added to the game.

I have a similar suggestion to the challenges;

Hello guys, we are all very grateful that the Art of War tutorials have been expanded and given rewards such as medals. Kudos to Forgotten Empires Team! This time however. we’ll go deeper or even wackier when playing scenarios in a separate mode so called the “Theater of War”. The Theater of War or alias “God of War” mode will have multiple different scenarios which some will truly test your limits while others are just for fun. This mode is for intermediate and expert players with its own rewa…

A purely vs AI mode where players can test their limits for any skill level. I also encourage a co-op mode similar to Starcraft 2.

Hard no for me. We have already 35 civs, there’s more than enough and balancing them is already complicated as it is now, especially at a decent level.
The solution is simple: let the mods add new civs, so the SP players can have them and the competitive community is still fine.

I agree with the rest of the points

when did the community forums

This forum does not represent the community.

The solution is simple: let the mods add new civs, so the SP players can have them

And neither are they allowing this as of now.

I was going to make a post about this one of these days. You were faster than me.
My list is not so different than yours:

We have already 35 civs, there’s more than enough and balancing them is already complicated as it is now, especially at a decent level.

This is one of the most balanced competitive games I know that do not have 3 or 4 playable characters/factions only.
There are maybe 3 or 4 slightly strong civs and 3 or 4 slightly weak civs whose issues are acknowledged and solutions have been proposed. Those are not implemented because FE team decided to approach the issue gradually (more than I would like).
This is speaking of arabia 1v1, which imo is the map where every civ should be at least viable to play with. Then some civs may be stronger in water maps or arena, but arabia has proven to be AoE2’s summoner’s rift (the competitive map from LoL).

I need would like to see the bones back.

Co Op mission are a must have too.

We need all of them.

Agree, but we need historically accurate buildings and skins. We don’t need pretzel throwing Siege Onagers, Kipchaks with flowers and idiotic icons like the Gbeto or Shotel Warrior summer icons.

they have these upcoming from waht they have have said

and we don’t need nonsensical beach/spring/summer events for a historical RTS game. We still need events that give us new campaigns about certain civs instead of boring Teuton/Mongol scenarios.

Imagine a second Mongol or Teuton Campaign/Historical Battle instead of those nonsensical events.

well new units skins could be taxing on your memory, especially if you’re an OLD and i mean OLD aoe2 player, however i like the idea to be toggled on and off like a mod, yet official