What's up with the "strong language" filter on this later hotfix?

So, build 35209 apparently came with a strong language filter that censor any message that is sent with a curse word. I don’t know why this is implemented, and why wasn’t even communicated at patch notes.

The first problem is that it comes by default, and you can’t toggle/deactivate it on the settings.

Second is that it doesn’t censors the filtered “curse word” only, it censors the whole message. This simply messes up so much with communication in game. If you simply write a ‘WTF’ at your message you have to figure out what happened and reformulate your phrasing to actually say something. It’s so clunky.

Also, the filter itself is kinda odd. It censor out messages with harmless words such as “ez” or “negro” (for us latinos, at least). By no means these words alone are swearings.

Finally, the messaging seems to be laggier overall. The delay in between sending the message and the message showing up at the chat box is very noticeable and annoying. I don’t know if this has something to do with the language filtering, but I have a strong guess that it does.

I personally dislike the filter a lot, even more giving that you can’t disable it. This is not what we asked for when demanding for punishment for people that spread hate speech or other kinds of slurs on the game chat and lobby titles.

harmless words such as “ez” or “negro”

We can see how we quickly runs into the limitations of a language filter. While “negro” is harmless in Portuguese or Spanish, it’s a slur in English. But since the word filter is universal, we end up nonsense situations like that.

the word filter is universal

Yeah, what bothers the most is exactly that. The filter is not only for english words, several portuguese, spanish, etc. curse words are also filtered. But what end up happening is that the filter cuts away some of these terms shared between different languages, and the result is just what you said: a nonsense.

Is this filter mandatory, or yoy can toggle it off?

This is honestly the most stupid thing Microsoft has done so far. Also shows how bad their priorities are. Like, honestly, look around. EVERYONE swears now, despite all efforts by schools and good willing parents. It will never stop. So there is no point having a profanity filter if bad language is acceptable in a society.

This filter is infuriating, not only does it censor the most ridiculous stuff, such as Pile. I kid you not, i was trying to type Pile On in chat but it kept censoring it. But it also seems to have added a 1 second delay when typing, probably as the text is sent through the filtering service. This needs to be a toggle, playing AoE2 friends is best with smack talking.

It doesn’t stop there, it filters onager…

Onager an actual word included in the game…

It also sensors the AI! 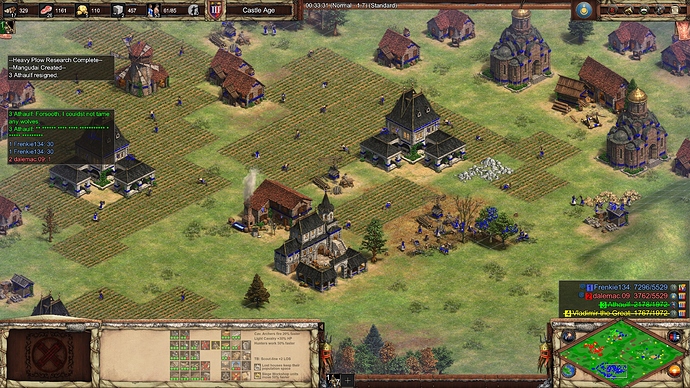 haha. now that’s cute. they made the extreme AI so strong it had to get censored when raging

I consider my language to be friendly, easy going and somewhat funny but this is really killing my chat bois. can’t write anything wth!11

it seems it is a second hotfix in a row which makes the game worse than it was.

If anything it proves that they don’t even test these hotfixes and patches at all if even the ai gets censored.

Lol @devs pls, what are you doing!

Yeah I got censored for writing “wp u too” which the filter saw as “puto”
Also I was ttalking something about bombard cannons (BBC) to my allies when that got censored rofl. I mean, ok, it was funny so far, but can you please make it optional? It does not seem sound to impose it on everybody. I understand some guys get offended over mere words on the Internet and that is fine, they can use the filter if there is an option to enable it, but making it mandatory for everybody is plain blunt.

All censorship should immediately be removed.

You can offer the censorship as a downloadable mod. There is no reason to make it part of the game by default.

Haha yes, it should be the mod that no one wants.

I’m tired to this political correction.

This censorship filter needs to be removed immediately. Absolutely unacceptable.

It should be removed or at least there should be an option to toggle it off (and default should be off for everyone) Otherwise you guys probably will destroy everything you had done with Definitive Edition series in a small “feature” you made.

Programmers usually say that this is not a bug, this is a feature. But @devs in this case it is not a feature it is a bug. Completely. Oh, c’mon filtering your own AI? *** IS THAT?