Where should the first DLC go?

Assuming that the DLC are going to be themed like the AoE2 DLCs or the AoE3 expansions, where should we go first?

It is possible that the developers already decided on what to do in the first Expansion.
Game development goes through different stages that need different parts of the team work on, so it’s very likely that parts of the team already work on an Expansion while others polish up AoE4 for release.

Where is it comfirmed that there is no mesoamericans? I hear multiple people say this.

If you are refering to the image, it doenst have the Chinese on it either, but we know they are in the game.

burma, khmer , malay are not south asian… they are south east asian

I didn’t want to list too many too small parts of the world.
I didn’t split Europe in West, East and North either.

Either Africa or America.

Either the Mediterranean or Africa

I linked the thread about Indian civilisations.
Most of South East Asia is culturally close to India because they are mostly Buddhist or Hindu at the time.

Let’s wait for the base game to come out first, have our experiences and feels with the game, and then come back to this topic imho.

Where is it comfirmed that there is no mesoamericans? I hear multiple people say this.

If you are refering to the image, it doenst have the Chinese on it either, but we know they are in the game.

I mentioned this in that thread and they all ignored it. Apparently they’d rather jump to conclusions and whine about it than consider the facts

i’d be more concerned with the game being a success first.

Give me the option to play as the Greek Byzantium and I’ll be happy.

I vote no geographic theme. Just give us the civs that most people want which also have at least some potential for fun interesting gameplay.

Alternatively, non-geographic themes may be appropriate and more pleasing to the masses (see Rise of Rome).

I think that only 10 civs are enough to represent all of Europe in AoE 4: 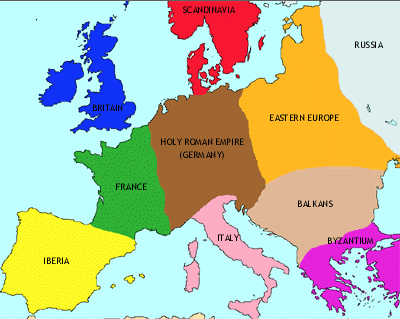 Some civ umbrella for the Iberian Peninsula e.g. Kingdom of León

The umbrella of the Iberian Peninsula is just “Spanish”, the name with wich people and kings from the different kingdoms of the peninsula (with the exception of the kingdom of Portugal) called themselves.

I picked Africa. The top three civilizations I would include in that DLC are Mali, Ethiopia, and Great Zimbabwe.

AoE2DE (and maybe AoE3DE) seems to get 2 civilisation DLCs so lets assume AoE4 will do the same.

Two civilisations can also be nice to show a rivalry like adding Turkey (Rum/Ottomans) and the Byzantine Empire as rivals.
It also allows to give isolated civilisations someone to interact with like Aztecs and Maya/Zapotec.