Why are the buildings so spread out?

Age of Empires 4 Feedback: This observation is from the posts of gameplay footage released thus far. The buildings in the cities you show in your promotional material seem to be incredibly spread out. Were ancient cities really this carefree and abundant in space? It just looks silly and also very impractical in terms of drop off points and defending quickly from one side to the other. Is there a reason behind this decision? Are the buildings unable to be built closer together? Is it to show the roads and pretty doodads between the buildings? Is it for visibility perhaps? I highly recommend looking at pictures of ancient cities for example: from Pinterest (https://www.pinterest.jp/pin/545850417319802700/) 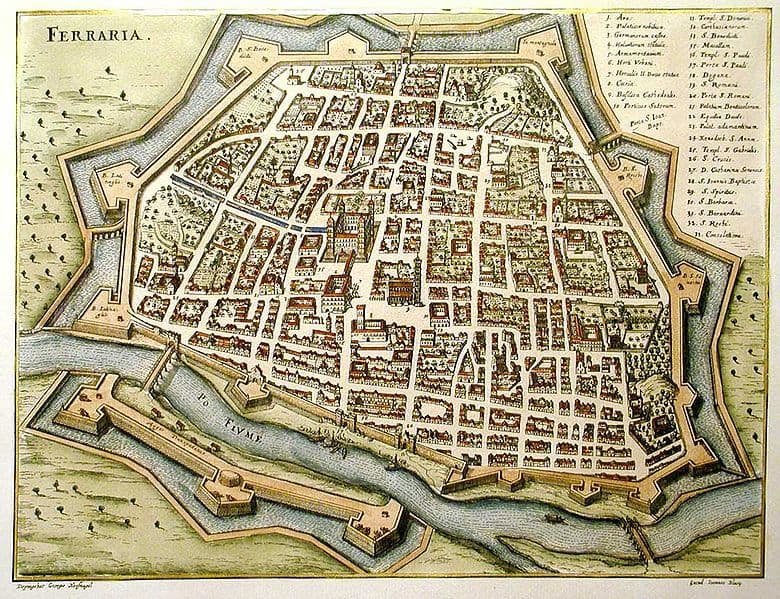 Maybe you should play some game City Building not play RTS AOE series. Have you ever play these AOE game before?

I imagine the buildings in the promotional medias would look a lot less spread out if you could zoom out as far as your example image does.

you are 100 percent correct – the buildings in the publicly revealed images are far more spread out than any other age game. I believe this is because they often have building footprints a fair amount larger than the building itself, so there is built in space between the buildings for units to move.

I agree that it looks bad. It also appears to affect the ability to see enough things on the screen. We also can no longer make walls with buildings, which seems very much part of the Age formula, at least to little old me.

I for once like the decision that buildings cannot be used as wall substitute anymore.
I know it’s been in AOE from the beginning but simple repeated appearance does not make it any less wrong. We have walls to wall ourselves in.

For me, they know people like to build cities, so they are giving that eye candy aspect to this to casual players.

I love the new procedurally generated roads and think the cities look great.

And what is with all the AOE4 pig-piling? My God people just will not stop about ‘this is terrible’ and ‘this is wrong’. It’s getting old. After playing the beta I can see why they’re doing certain things and it all makes sense to me. They’ve had five years to figure out what they’re doing, we’re not going to have another DOW3 here.

a) yes
b) it’s because of a scale (footprint) of the models
c) camera makes it worse
d) it’s worsened because of ‘roleplaying’ design of these settlements, handcrafted for trailers, to appear more atmospheric and believable, not just as a functional ‘mess’
e) yes 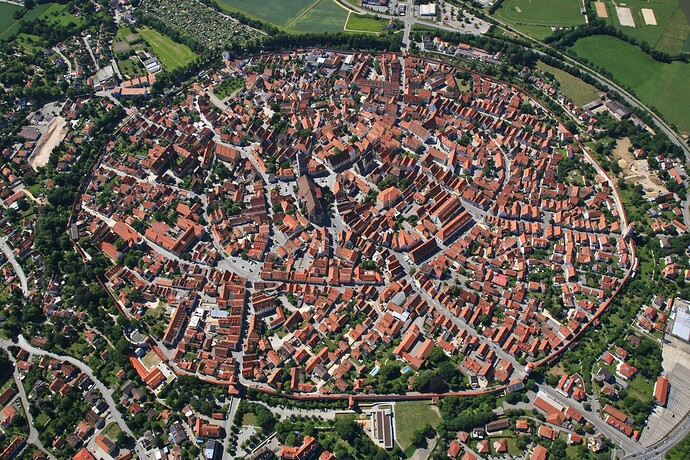 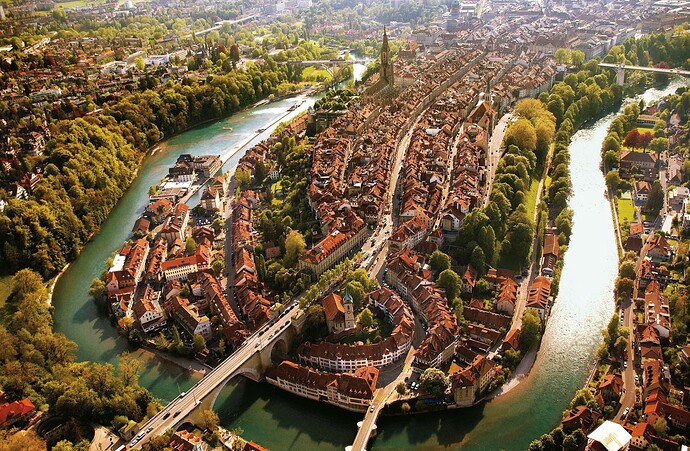 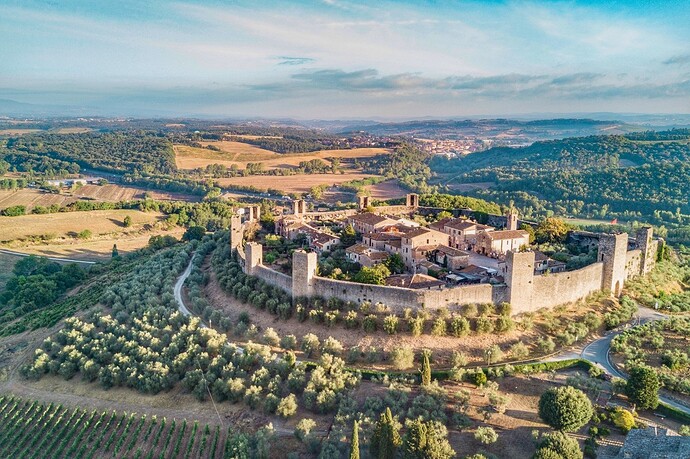 Medieval (or build over them) settlements were tight inside, to reduce amount of wall that have to be manned during defence (also repaired and build ofc).

it’s worsened because of ‘roleplaying’ design of these settlements, handcrafted for trailers, to appear more atmospheric and believable, not just as a functional ‘mess’

@DeicticPrince42 Yeah this exactly. They just got some guy to build a “nice” looking city so they could use it for the trailers. It probably doesn’t reflect how real players would build their city. To be fair they may have also been spacing the building out so they would be easier to read.

Due to NDA I can’t say I was playing, but IF I would play in reality it wouldn’t be any real pain in the butts. Before their scale (that could be adjusted ~10%) I’d put general camera, so players have to edge/MMB-pan less. Because managing camera just to move from TC to market or blacksmith is just boring busy work and has nothing to do with strategy or skill. Unless it’s a way to force players to use hotkeys to select buildings.

I’ve also played the beta, but NDA, so yea. Based on promotional material alone, it looks silly. Being that spread out is just excessive!

Seriously love the medieval city pictures you shared! I hope you’re right and they’re just spreading them out to try to make it look “epic” rather than remotely realistic. (It does make me question whether the person who is in charge knows what it is like to play the game though. Like, you want to maximize your space use, your city planning and not have long distances between places that need defending!)

The editor wont be nearly as fun to make imaginary medieval cities with everything so weirdly spread out. 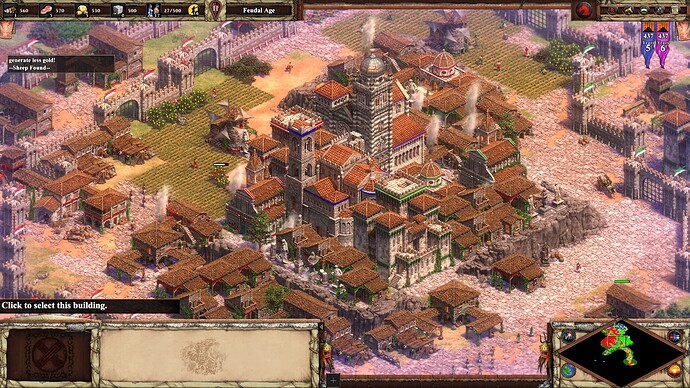 I made this little campaign recently (in age of empires 2 DE) where you defend a city and yes, some of the buildings wouldn’t be possible to be placed like this in an actual game, but it just looks so… medieval!

But do you think it IS eye candy? I think it’s kind of uglier spread out. 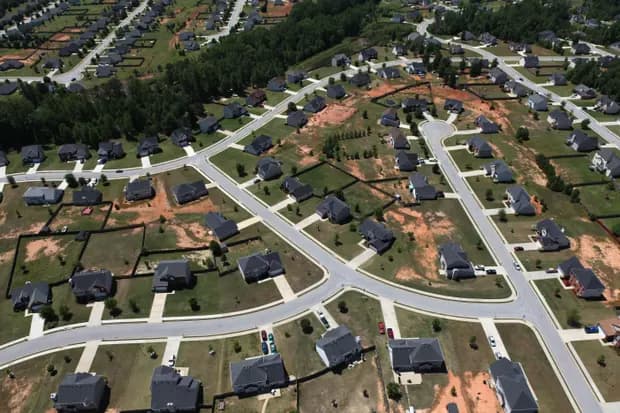 They are spread out in the trailers to purposefully generate maximum amounts of the roads and beautification eye candy.

The buildings can be built much closer to each other than what they have been placed in the trailers - simply look carefully at building footprints and how they align to a grid. Then you can see how many empty squares have been put between the buildings.

The buildings can be placed a lot closer, they obviously just want to show off as much of the roads n hedges in crap as possible, because its a fun new feature. Do not expect ingame cities to look like that unless you also place your buildings far apart.