Why does the game look death to me? not about the graphics but the overall feeling

Ships not moving with the natural waving of the sea. Which make them look death and boring?

Siege weapons still not having operators making it look even more death and boring?

It brings to me big Empire Earth 3 vibes. Please help me to make the callout so they can fix these things before release.

And what exactaly is this? if that was a cannon the ballistic is to small? and canoons should be impresive and spectacular like in AoE 3, but it is looking like if its not an important unit on this pictures… 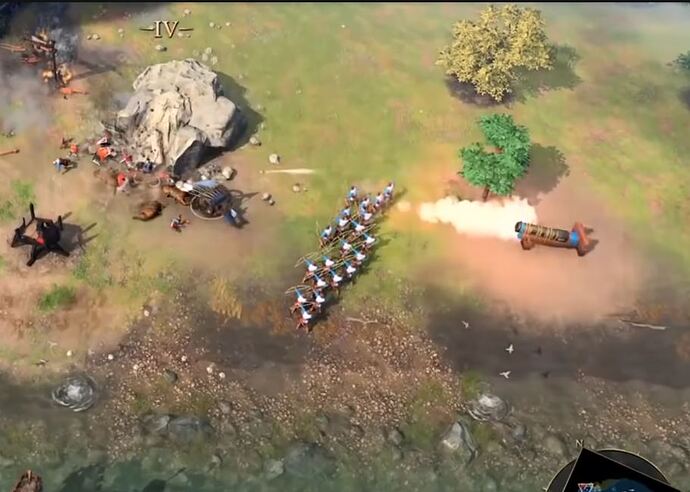 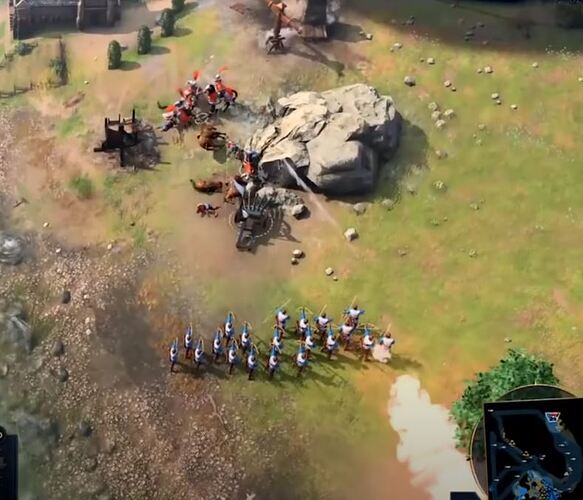 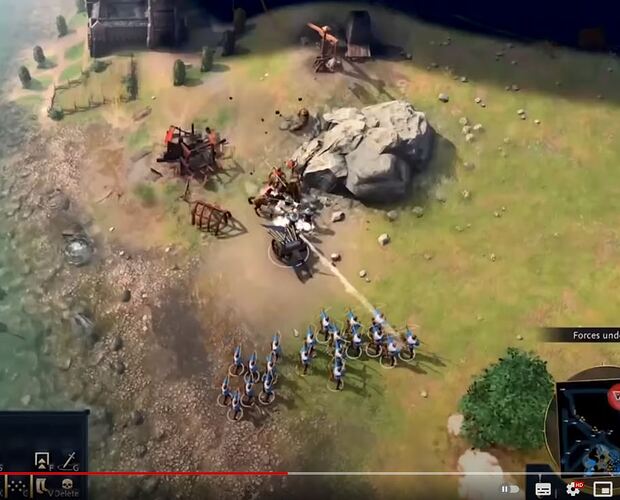 Can some one tell me what the heck are those things firing? its impossible to understand, the effects look like a mobile game as well. Far from looking real.

I am really confused by what they want achieve? Besides the lack of innovation I see a lack of appealing for the game? Its not just about the graphics, it is looking really death to me (not engaging at all). What do you think so far?

Can’t say that I see the game the same way you do. I think the game looks gorgeous and intriguing. I can’t wait to play it.

Dude, I can fix your problem in an instant, just don’t play. Most people love this game and it is likely to be a hit, perhaps, if anything, it has every reason.

It is not as colourful as AoE2 or AoM.
This is normal, as more realistic graphics also means more muted colours, in general, and less stylized models.

This is not a game for playing single player, historical sim, realistic graphics and animations. There are alot of very good and succesful games that offer that.
For an RTS aiming to have competitive play and multiplayer focus all of these design choices are great for various reasons.

The game maybe look dead to you because you already made up your opinion on this game? Just my two cents.

I love how the game is going, but still agree that the siege operators should be a must addition

except the game will be great for singleplayeer aswell

I exactly know why you have this feeling. Considering the complaint about too colourful textures, they put a grey filter on everything which makes me kinda sad. AOE2 actually looks really colourful: 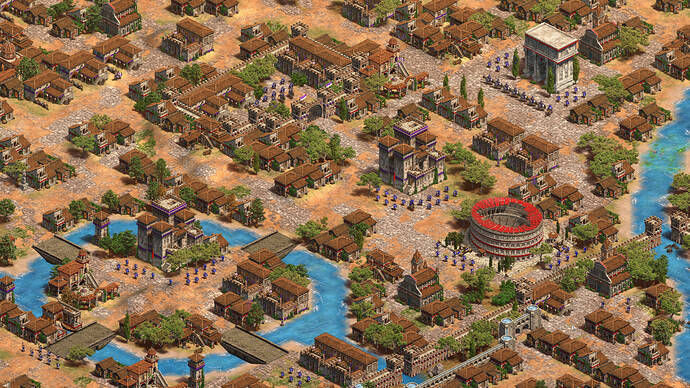 I don’t know, but specifically in this screenshot, AoE 2 looks overly colored and a little flat (it’s logical, it’s in 2D, but it’s especially striking in this frame).

I was seeing how badly colored and miserable it often looked back in the Fan Preview but this now looks like an improvement overall in terms of lighting and color, I give them that. It feels a step closer to 2019 although it still needs some tweaking. Especially on units, player colors, building scale, animations, unit movements, several things.

I really think the Fan Preview should have never have happened. The material they had was in a very bad state and did more damage than good. It created negative first impressions and preconceptions to what would follow.

To give an animation example of tweaking and polishing, the camel archer was not firing arrows from his bow but from somewhere between his legs…
This doesn’t look good. I want to see him putting the arrow in the bow and then shooting like a normal archer. I don’t want another excuse about unit responsiveness and competitive play or pro-player feedback.
Also, if I managed to spot that in such a short clip, the game is probably rich of more issues of this kind. 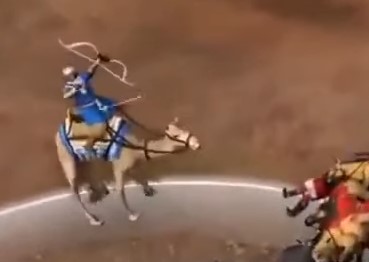 Also, if I managed to spot that in such a short clip, the game is probably rich of more issues of this kind.

Is that an arrow spawning from his leg? Why is it so difficult for them to get the arrows right? I dont get it.

Things like this will probably get fixed before release.

It is spawning from his leg.
We heard them saying something about unit responsiveness and archers not being responsive enough and ‘hard to micro’, for which they received feedback from their council to fix. I can’t tell the degree to which this animation is affected by all of that ‘responsiveness’ argument, if any.
But I could see how putting the arrow in the bow and then shooting it could make the whole animation slower for some who value competitivity and micromanagement more than tasteful animations and immersion.

We haven’t even started beta yet. There is nothing to talk about.

From the small sample we’ve got from AoE4, it seemed to me more alive than previous AoEs.
Possibly cannon balls landing could be more explosive, but there are alot of new details that makes it look more realistic/enjoyable to me, like more realistic farming, seeing chickens moving(?) on the market, unit seem more like individuals, better pathfinding… I’m looking forward to see more of the game.

Why would cannon balls explode? Most didnt.

Original ordinance was carved stone and then iron. Good for smashing holes in walls. So they got shorter and wider.

there may have been a few other types but I do not think exploding ordinance came until big mortars. The blast radius for shrapnel projectiles on those is about 60M!!! They were no joke devastating.

The depiction of the bombard in this game with no units looks silly.
It all looks pretty until you realize something is missing.

I think the issue is “realism” I don’t think the animation issues have anything to do with competitive play but I’m not sure they bother animating the archer nocking the arrow. I think the issue is just that the arrow spawn points are currently mapped to the center of the model rather than the tip of the bow. It might just be a WIP placeholder kind of thing. It’s not really important.