Why I think Delhi eco upgrades DID NOT receive the buff

In the latest Season 3 update coming on the 25th of Oct, the 24916 Patch Notes indicate all standard economic upgrades (food, wood, mining), will all be cheaper and research faster! But if I remember correctly the PUP Delhi research times remained UNCHANGED?? Unless it was a bug, why would they not reflect these buffs in Delhi?

105s without any scholars is a FREAKING HUGE BUFF! And this goes for all the upgrades as each of them have gotten research time reductions and the impact would balloon since delhi research multiplier goes up per age.

Let’s do some more maff; The new feudal cost for eco upgrades of 150 resources for 15% gather rate means you need 150 res/(0.15 x base_gather_rate) seconds of active gathering to pay for each upgrade (150/(0.15x.75) =1333.33s) ; these seconds neglect walk times so the real payback period is longer. Also these gathering seconds can be modulated by using additional villagers to speed up the payback period. For a reasonable Feudal age payback period of 3 minutes, you’d need 8+ villagers gathering that resource, at the upgraded rate for said 3 mins (to just break even!).

This is relevant because if Delhi got the 105s reduction to its feudal eco upgrades WITHOUT scholars, this would mean 2mins 39s of your 8 villagers attempting to payoff up front research cost, Delhi would have the upgrade unlocked and ready to reap its benefits! AND Delhi can do all 3 eco upgrades in parallel; meanwhile as you’re still trying to payback 1? Delhi has all 3 researched AGAIN NO SCHOLARS??

On the flip side is it fair Delhi takes 4mins and 25s (without scholars the real free) to unlock and benefit from from feudal upgrades while everyone else can now payoff their upgrades sooner? Hmmm

The Devs HAVE adjusted all Delhi eco research times to reflect the NEW timers.

Slightly related, it appears the math is this game at times is just NOT RIGHT? First off according to some old patch notes Feudal age standard research time multiplier is to be 3.5 times the base; and according to the Delhi influence tooltip each scholar properly garrisoned adds 12.5% research speed?

This MAFF is just off…

the developer can make algorithms as he wants, but this formula is an approximation of scholars

it is because 1.125 from the madrasa is an average, first read the entire thread that I shared, look at the image, it is 5 min and 54 seconds, you speak for the sake of talking and without reading everything [delih] [promedio]

No need to read your thread to be able to see the math is off? I can see already and stated the the research time increases by 12.5% per scholar? and it tells us this?

with 12 scholars, the technologies of the madrasah decrease to 4 minutes with 43 seconds, it is close to my formula that gave 4.37 minutes, what do you say now eh! 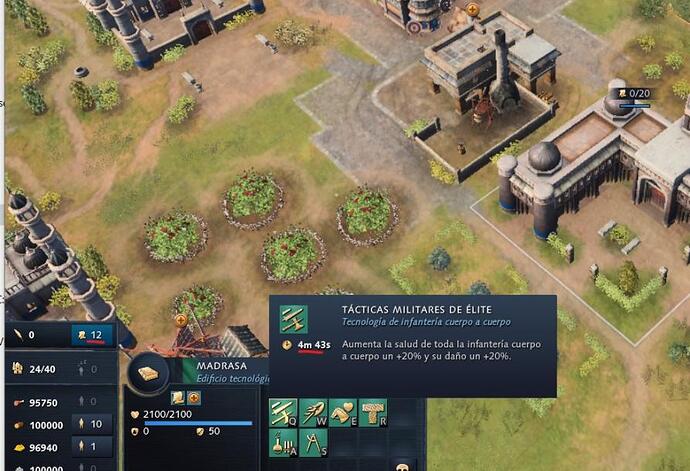 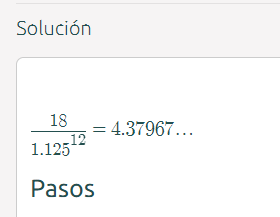 kekw… you did not understand what I said; gg

I said in the previous thread that 1,125 is an average, that is why the calculations do not match, the developer can put the decimals he wants in his programming algorithm (an average is put in the description of the bonus in the game) ; now you understand? 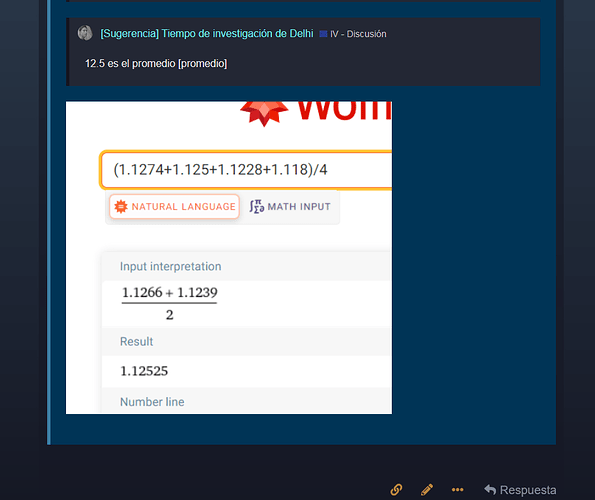 Take your screenshot of game research time displayed vs your calculations. In game says 4min 43s for an Imperial tech that has a base of 90s research time. Meanwhile your 1.125 to the 12th power suggests the timer should read 4min 22s??

13s off is not for nothing a huge issue!!! There us almost an 8% difference between your calculations and in game numbers (worst “best fit” ever)

The average scholar contribution ASSUMING a simple multiplicative correlation is 11.8% per scholar just using your screenshot (going from 18mins down to 4mins 43s)…

Regardless back to the potential buffs on delhi!

It is a practical matter, in the description it puts an average percentage, it is not practical to detail all the percentages that the developer used 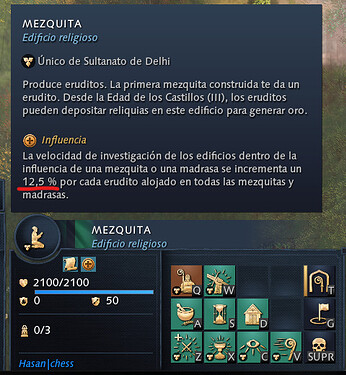 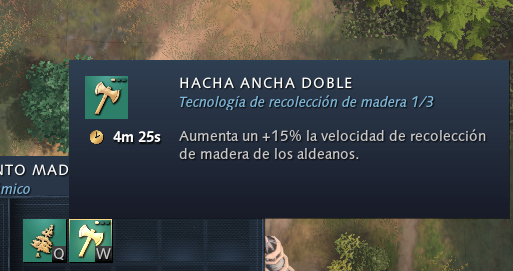 On the other hand, the economic bonds are not met, in practice, because they do not take into account the time it takes to walk and deliver the resource. The only one that is fulfilled is in the Russian fishing boat that does not move to deliver resources