Why is nobody talking about the claustrophobic gates?

Well the title says it all. I was really annoyed with the incredibly narrow gates. Please make them wider (add more width). I felt really weird when I had huge armies because I had in mind that units would not be crossing the gates properly even if they do lol I would suggest gates with a width like AoE 3 for example. 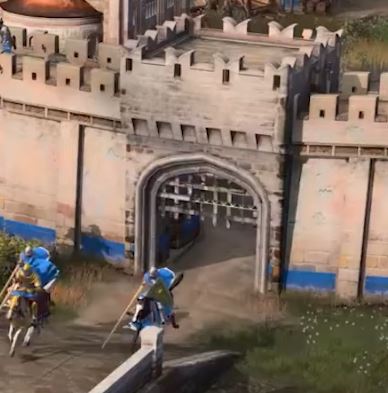 Haha so I don’t think this is necessarily for readability but more of a gameplay choice. Thought of 2 points below as to why…

I think it’s fine… just add more gates so you army can filter through. I don’t think this is a problem.

The problem is the scaling, in the X019 Trailer they were completely fine: 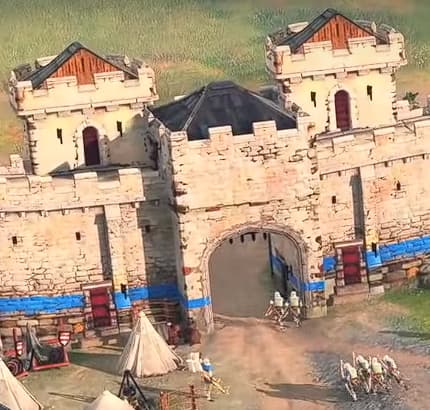 Good point! Yeah the scaling might be it… which is more of a problem across the board actually.

Who said anything about readability and what would this even have to do with that?

Gates are the same size as a single wall segment, same with wall towers. So you can fit one on a single segment.

You do realize I was being sarcastic…right? That’s why the letters are all wonky…

How I missed the 2019 trailer! The texture of the wall is so amazing!

The light is much better. Looks like really sunset time light. Now the light is blurry.

Can’t understand why some people keep saying
they are the same.

man does that wall look good! size and textures, are just beautiful…

compared to the top image oh so bad… those riders in danger of being hitting their heads on the gate. the walls do not even match the gate house… so lazy…

Yes. Which would make sense if anyone anywhere had ever suggested the gate size was related to readability.

The devs have said so, lol…

Oh my god, didn’t know the game looked to good. Hopefully they find a compromise between this and the current look.

People constantly dodge any criticism of the game’s art direction with “muh readability”. Gus was just predicting the excuse.

I have seen more “readability” in aoe4 discussion than all other occasions!

Yes, and when people do that it’s very counterproductive to any discussion.

Well fortunately no one has made that “excuse” regarding gate size, which is what this thread was supposed to be about…

The devs have said so, lol…

Thank you so much for your feedback. We pass on your proposal about gates to the team. Keep sharing your ideas and suggestions. We will make the game better together!

Yes, and when people do that it’s very counterproductive to any discussion.

You are the one who responded to the “counterproductive” comment, are you not?