Why is there no 'map editor' in Age of Empires 4?

Why is there no ‘map editor’ in Age of Empires 4? 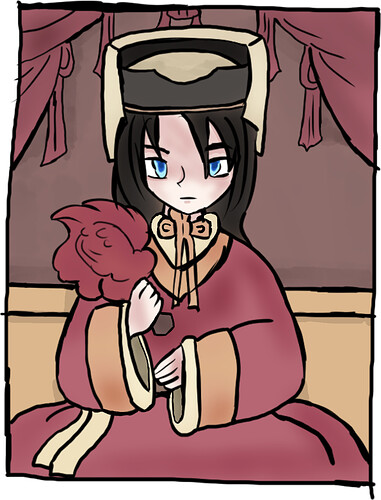 I hope they add a map editor soon. Nice drawing!

No map editor at lunch. Will be there next yeart.

Cool art. If i could, i would engage you rigth now and keep you drawing for ever. XD

No map editor at lunch. Will be there next yeart.

Because the game was not done yet. They just published what they had.

All AoE main titles had scenario editor at launch, its a shame AoE IV doesnt.

As a longtime games modder, I’m not one to say “mod tools are not important”, but to pretend that the game itself is incomplete because it’s not launching with mod tools is just silly. The game is the thing you play. The tools are the things modders use to create user-generated content.

Scenario editor is not a mod tool. Its also part of the game to be able to play with units, make your own map to play or to just mess around with the game and test stuff. It has always been a function in the AoE franchise since AoE I

Also its not just the scenario editor. Animations are in some cases just not there and the deluxe edition is trash with barely any stuff included.

I don’t disagree it’s been a big part of AoE (and many other RTS games). But it’s not integral to playing the game.

And yes, mapmaking is a part of games modding. That’s why custom maps for games on Steam are hosted on the Steam Workshop, along with other types of mods.

I don’t really care what other problems you have with the game. You’re fully allowed to have them. I was commenting on the claim that the game’s incomplete because it launched without mod tools. That’s all I have to say.

I discussed my other problems with the game, because you said that pointing out that scenario editor is missing is not equal to the game being unfinished. So I added more of my points to say that it was not my only point on why I thought the game is unfinished.

But you can make additional maps. Don’t get me wrong, there’s more to modding than just making maps, yeah. But making maps is a part of games modding. The tools to do so fall under “mod tools”.

I don’t know what else to tell you. Give me a shout if, when the mod tools drop, you need modding advice, if you’re going to use them yourself. I really want to get stuck in, so barring any accidents or life-changing events I’ll be pretty active with them.

The definition of modding is to change the software or anything of the game which is not originally conceived or intended by the designer.

Scenario editor is a feature of which the intention is that you can make your own maps with the stuff the developers made for you. Its thus not modding.

Making maps for lets say, Call of Duty is modding, because you dont have a special function within the game which allows you to make your own maps.

The definition of modding is to change the software or anything of the game which is not originally conceived or intended by the designer.

I don’t know why you’re trying to explain modding to me, maybe it’s a weird Age-specific thing that I’m not aware of, but mapmaking is widely considered to fall under the umbrella of “games modding”. Many areas of games modding are done with the help of tools developers explicitly provide. With the stuff the developers made for you, in your own words. The Steam Workshop demonstrates this by putting custom maps alongside texture packs, data mods and everything inbetween (depending on the game and the level of modding support it has).

To give you an example, here’s the official modding documentation for Company of Heroes 2. It contains instructions on how to make anything - from maps / scenarios, to tuning (data) mods, to vehicle skins (and more).

If you want to still insist that map (or scenario) making isn’t modding, that’s entirely your choice. This all came out of you trying to contradict me pointing out that mod tools are not required for a game to be “finished”. You’re trying to argue that the scenario editor is a fundamental part of the game, and as such (among other reasons) the game is incomplete. Again, as a long-term games modder, I disagree. The scenario editor is a tool to modify the game, to create things that the game would otherwise not let you do. It’s a modding tool

Because publishers want to both have cake and eat it.
The concept of early access is extremely alluring. What if you can do that, and charge as for normal, full product?

When you look at everything from lack of color selector to the lack of map editor- it does feel like a soft launch of v.0.9.114. There’s also the subject of full pricing of a Gamepass game, but that deserves its own thread.

Map making in AoE games is not modding, I just explained it to you.

Map making in general is modding, because developers dont have “scenario editors” specifically for their games, like Call of Duty or Team Fortress 2.

Its not black and white that map making is always modding.

Steam workshops makes it easier to share your scenarios, but they are not mods. Scenarios could always be shared, but you had to go through a lot of extra steps, thats why they have now the ability to publish scenarios on the workshop. Its still not modding per definition.

No matter what you say per definition its not modding to make maps in AoE scenario editors. (but again that doesnt mean map making in other games isnt, Call of Duty for example).

I mean do you call minecraft modding when you build stuff in your world?

Map making in AoE games is not modding, I just explained it to you.

Map making in general is modding, because developers dont have “scenario editors” specifically for their games, like Call of Duty or Team Fortress 2.

There’s nothing more to discuss here, really. It’s not just my opinion - existing modding wikis, and the Steam Workshop disagree with you. I understand you feel the game is incomplete. But it’s not because the game didn’t launch with a map / scenario editor.

Which, just to restate my answer to the OP again: is coming sometime (early?) in 2022.

if those tools are within the game itself, its not modding, you dont moddify the game lmao.

Again, do you consider playing minecraft modding the game?

There’s nothing more to discuss here, really. It’s not just my opinion - existing modding wikis, and the Steam Workshop disagree with you. I understand you feel the game is incomplete. But it’s not because the game didn’t launch with a map / scenario editor.

They dont like I just stated, you are simply not right lmao. Look in a dictionary for once. The definition simply disagrees with you. I am using the definition, not my own opinion lol.

Hi, yes, I guess you could say

I’ll make the case of Age2 that I know better.
The scenario editor has always been a part of the game where you could easily go and test various things and ideas: relative strength of units, gathering rates of resources, experiment with civ’s bonuses … in short, most of what Spirit of the Law does on his channel. This is what we are missing the most right now.
Then, of course, in the editor you create scenarios, but many consider that another way to play the game rather than to mod the game.
What we have always considered modding in Age2 is what you do in the Genie editor, which is a different tool, on another level entirely.
I understand from what you have said this is not so in other games, Relic’s ones for example. OK, I got it, Age IV is going in that, more common, direction … but for Age players it’s disappointing and feels like something important is missing.

GOOD. THANKS VERY MUCH 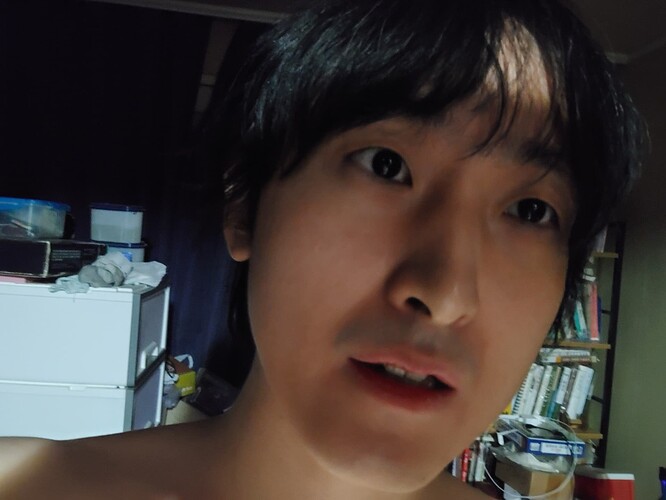 Because the game was not done yet. They just published what they had.

Well it seems there was never an intention to have it at launch. They’ve been telling us since a long time ago that it was planned for spring of 2022.

This wasn’t some last minute thing.