Why Korea should be in AOE3 De

I believe Korea should be in Aoe3 De.
Mainly because Japan had made it in dispite Edo Japan was NEVER a colonial power.
Now I know someone will bring imjin war and how it was “colonial attempt” by Japanese
but

While Korea had impressive military and like Japan ever expanded its borders but that doesn’t mean it was weak. it managed to defeat Japan despite its surprise attack early on.

I just think if devs were doing to include Japan DISPITE Japan’s lack of colonial claim in Edo era, I think Joseon should be in as well.

I am sorry, but there way more important civs than Koreans, to add into the game.
Specially in Asia, as Eastern Asia already has 2 civs, but central and Southeast Asia have non.

The invasion was NEVER lead by Tokugawa.

Does not matter, Napoleon did not engage in Colonialism, or have teh Fleur de Lis banner, but the previous Colonial French rulers did.

The arguments of both sides in the discussion don’t really matter.
The game is much less about colonisation since TAD but it already hat the Ottomans in the base game anyway.

The question is how interesting, unique and popular could a Korean civilisation be?
I think they can do all of that very well. How important were the Lakota? Not very much on a larger scale and they were definitely not an empire. But they are very interesting, unique and also popular so they are a nice addition to the game.
Can other Asians do that better? Probably yes.
So if they get back to adding Asians, why not also Korea?

I support this Koreans should be in-game alongside Siam, Vietnamese and Persians under an Asian Expansion.

Korea and Vietnam were minor nations, in this timeframe.
The Omani Sultanate was much more important than both of them, for example.

I’m sorry, but Korea really doesn’t go well with major civs. However, I wish I could see native Korean units in Korea.

Not supported: Korea is about the same level of importance as the Maya. It is only suitable as an indigenous tribe.

Unique unit: In history, Korea had turtle shell ships and a kind of rocket launcher called “Honeycomb”, but the most outstanding unit in Korea was the archer, because Koreans often hunted.

Exclude unique units: cavalry, Korea has many mountains and sparse plains.The precious flat land is almost used for farming, so it will not have a strong and unique cavalry unit.

Possible direction: In history, Korea was invaded by Japan and asked for help from China. Therefore, civilized design is at a disadvantage when fighting against the Japanese army, but it can gain an advantage if it cooperates with the Chinese army.

The thing is, we Will have a limites number of civs released, so its important to choose which ones to support

In comparison with other asian civs such as the malay (majhapati), Siam, Persia or even Oman, Korea was a small power.

About the lakota, well they were quite the nation, occupying most of the central USA, and fighting and winning SEVERAL battles vs the US. So i find it interesting that they are represented here. And they are an interesting civ, much like the huns and mongols of Aoe II. 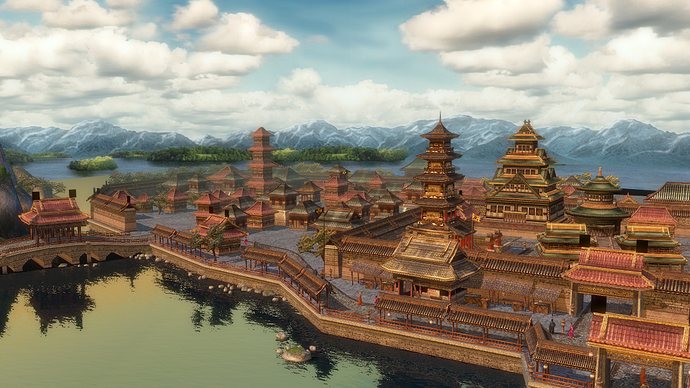 But I do agree we need to add first Siam, Omanis, Indonesians and Persians first before Koreans.

You should honestly already be happy in AoE II Korea is a civ, Microsoft basically forced the team to add them then to market for Korean market (which didnt really work)

Korea fits way better in AoE II where it is then AoE III where early on they may have been better than Japan, but later on definatly werent. Japan is in the game and it wont be taken out, Korea is less important then other empires that arent yet in the game so Korea would be if the ever add them one of the last.

First Id like African civs as we havent one of those at all, neither Indonesian type civ.

Please stay on topic, providing examples with potential units, techs and bonuses which would make a Korean civ an interesting addition to the game. I understand that some historical context will be necessary but please limit historical discussion to support ideas.

Korea is less important then other empires

Well thats too bad then. Important and powerful empires deserve their spot way more then smaller nations. Same reason why Switzerland shouldnt be in the game nor does Naples.

I really dont get why you want Korea so badly unless you are Korean and just want your own nation in the game which blindes you from why it should or shouldnt be in the game.

because unlike Naples Korea was a key player in shaping East Asian history. Sure Joseon might not have been expanding empire but that dose not mean it was insignificant.

LOLZ nope
At the end of the 16th century, the Bunroku-Keicho War broke off the relationship between Korea and Japan. However, the Tokugawa shogunate started trading again with Korea by concluding the Treaty of Giyu with the Sō clan of Tsushima Island in 1609, establishing a relationship of near equality through mutual visits of Korean messengers. Tsushinshi were sent from Korea to pay homage to a new shogun or to celebrate the birth of an heir to a shogun. Korean envoys were provided with the same role as an envoy to bring tributes to a Chinese emperor or was used for showing the prestige of Tokugawa shogunate[citation needed] and vis versa.

In fact influence of Korea INCREASED in AOEIII timeline compared to AOEII timeline.
I mean look at what role goryeo ( middle age Korea) played when Yuan Dynasty was a thing: 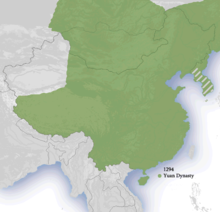 Goryeo under Mongol rule refers to the rule of the Mongol Empire, specifically the Mongol-ruled Yuan dynasty of China over the Korean Peninsula from about 1270 to 1356. After the Mongol invasions of Korea and the capitulation of Korea's Goryeo dynasty in the 13th century, Goryeo became a semi-autonomous vassal state and compulsory ally of the Yuan dynasty for about 80 years. The ruling line of Goryeo was permitted to rule Korea as a vassal of the Yuan, which established Zhengdong Province (征東行 Th...

While Joeson did played a “subordinate” rule to Ming and Qing China… HOWEVER it played a greater autonomy compared to these two nations.
I mean look at how long it lasted- 5 centuries isn’t a laughing feat you know… that is longer than Ming Dynasty.

Honestly it was Japan that had least amount of influnce in AOE3 era not Korea. Now if we were talking about era set in Wars of liberty that would be different. but Edo Japan? really?
" The last Jesuit was either killed or reconverted by 1644[2] and by the 1660s, Christianity was almost completely eradicated, and its external political, economic, and religious influence on Japan became quite limited.[3] Only China, the Dutch East India Company, and for a short period, the English, enjoyed the right to visit Japan during this period, for commercial purposes only, and they were restricted to the Dejima port in Nagasaki. Other Europeans who landed on Japanese shores were put to death without trial."

Perhaps it will only be a matter of time before the underestimation of Korea appears in this thread again.

How about we wait until April 10th and than we can discuss again.
It doesn’t seem unlikely that they will announce an Expansion for AoE3DE.
I think think we will see the Koreans but it might reduce the discussion about country X being more important if that country is already announced to be added to the game officially.

In fact I will argue that when DE was released they should have added Korea along with Inca and Sweden- +1 for European ( original AOE), +1 for Native Americans ( Warchiefs ) and +1 for Asian ( Asian Dynasty) Why the hell Asian Dynasty didn’t get a new civ is way beyond me.