Winter Wonderland mod is not working

Winter Wonderland mod is not working.
I activate & restart it, but oftentimes there’s no map added to the pool (I know it’s under ALL MAPS). If there’s one and I choose, I end up in Yellow Rivers.

The mod gets unsubscribed on another restarting.

I have this same issue. Tried verifying game files and it still won’t let me play the map no matter how many times I reactivate the mod.

I’m experiencing the same issue and this is a limited time event. Please have a quick fix. What happened to me is the following.

Solutions I tried.
Re opened a couple of times to no solution.
Deleted my AOE 3 folder within user/name/game as this keeps most settings I choose. To no solution
Reinstalled and still same problem.

Found a solution.
After game is open go to:
Tools > Mods. Then uninstall the " Winter Wonderland " mod. Restart game then install it again and restart one last time and you may now pick up the map from the map pool on skirmish mode.

I’m having the same problem as Khorix, I completed the challenge but didn’t get the reward.

Had to reinstall the mod, and restart the game as Khorix said. It worked.

Loved the map btw, maybe you could make it an official map (without the Christmas features)

I have the same issue. I went to the match from the event challenge (this was after restarting the game from when I earned the map). When the game loaded, it started on Yellow River. I quit and went back to the game set-up but the map wasn’t there. Tried updating the mod but nothing changed. I unsubscribed but now I can’t resubscribe because it doesn’t show up when I search for it.

Basically the event is broken.

Me is even worse. Competing day 1 challenge does not even give me the mod since the game crashes the moment it is about to give me the reward. I cannot continue the challenge because of this.

I completed the Challenge and was able to get the reward and complete the next challenge. However last night, after playing a few MP matches, I started getting the MOD installed warning while trying to go to MP lobby and I could not see any MP matches. I tried disabling the MOD several times and restarting the game, but kept running into same problem. The only way I could resolve it was to unsubscribe from the MOD and restart the game… Now of course there is no way to re-subscribe and proceed with event challenges.

Screenshot showing what McLerristarr described with Winter Wonderland acting as if it is Yellow River. 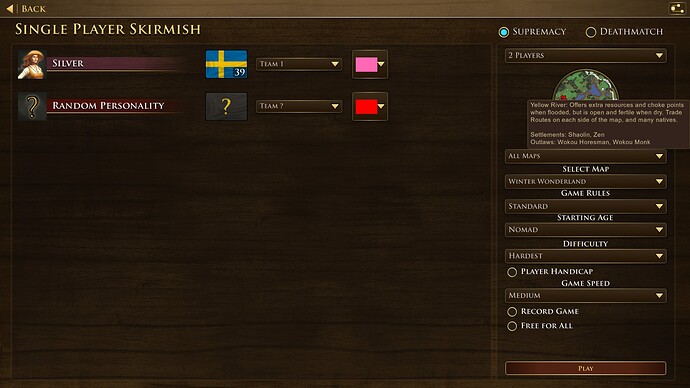 Small update: mod is outdated in a sense it doesn’t support ‘large maps’ option. Using it result in crash to main menu: 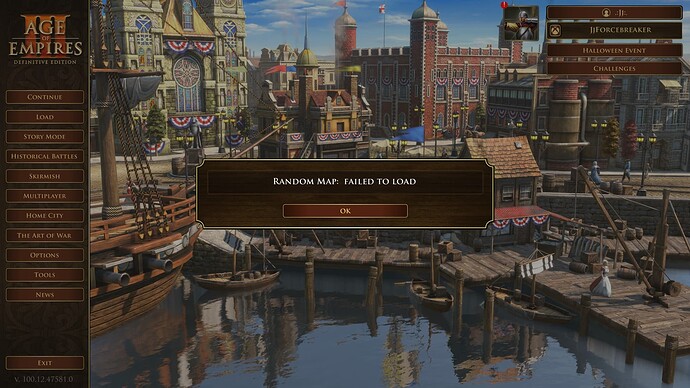 Also the lighting is messed up. Looks like this: 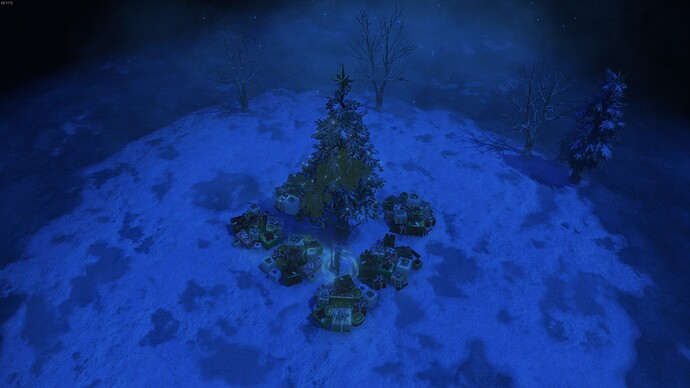 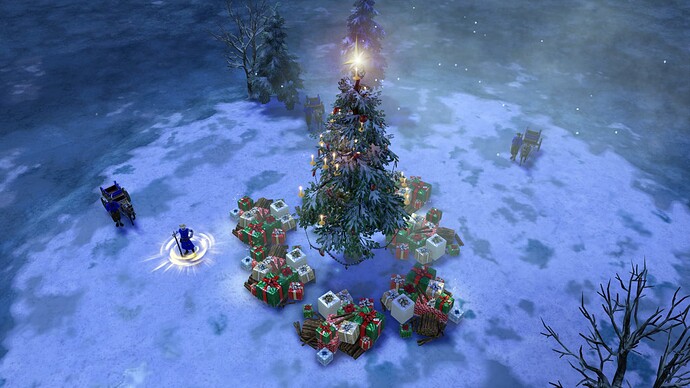 Hi @JjForcebreaker! Thanks for the report! The lighting issue we are already tracking though I’ve added a ticket for the Failed to Load for Large Map toggle.