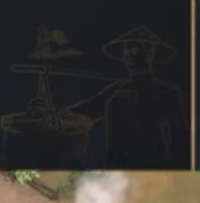 (The second image appears in the dynasty introduction window)
Chinese female villagers’ clothing style in the age3 and 4 is ridiculous.
It is undeniable that these collar like a 厂 is a representative style of Chinese clothing in recent hundreds of years. However, it did not become popular in China until the Qing Dynasty which began in 1644 and ruled by Manchurians. In fact, this style of clothing did not originate in China proper but in the Siberian region.
I know the production team probably tried to emphasize the influence of Mongolian culture on China after 13th century, because this clothing style is appear in age3 which correspond with the Yuan Dynasty(began in 1271 and ruled by Mongolian). But actually Mongols during the Yuan Dynasty did not wear in this style either! I don’t have much evidence on historical textual research but I am sure that this collar style did not become universal among Mongols before the Mid Ming Dynasty.
Here are some earlier Mongolian costumes for your reference. 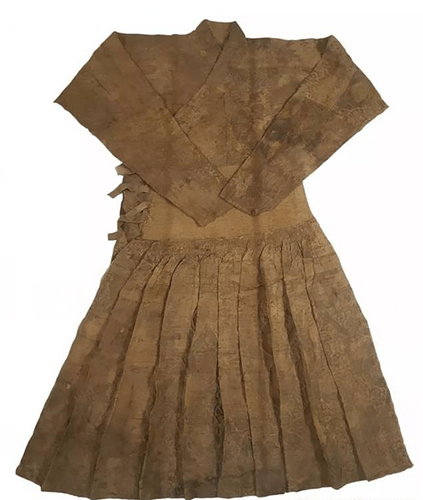 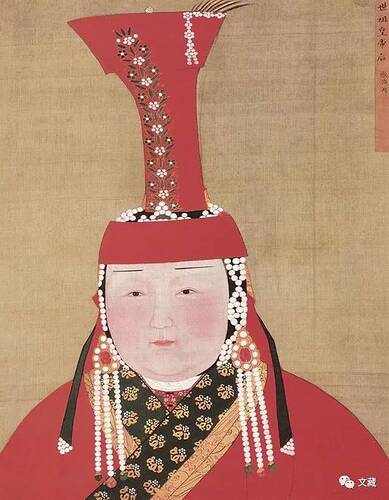 AA6640×821 68.6 KB
So, even if the Chinese clothing in the Yuan or Ming Dynasty was influenced by the Mongolian style, that 厂 collar style still impossible to appeared.
There is a lot of reference material about the dressing style of Chinese women in Ming Dynasty like this, so I won’t post too much here. 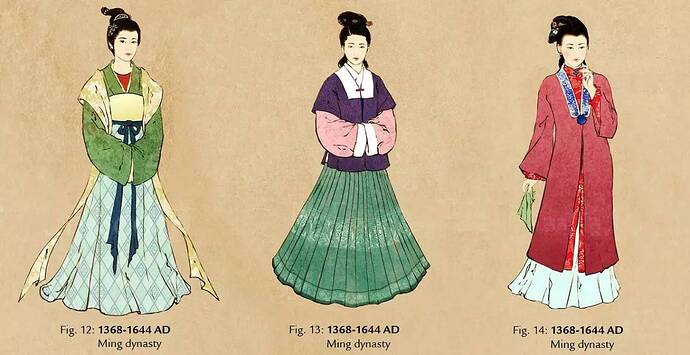 AA71280×659 97.5 KB
What’s more, it will not take much time to fix this mistake, I believe it only need some operation on texture but not the model, like erase the cross bar of 厂 to transform it to 丿，also you can erase all 厂 and draw a graph like a V or Y. Or it is fine if you simply continue to use the female villagers’ model in age2, at least it’s not wrong.
I know there are many historical appearance errors still need to fixed and you should be very busy recently, I’m just reminding you to be aware of this.
Thank you for your attention, and looking forward to this issue being fixed.
12 Likes
Chinese Spearman weapon call error?
gie8888 October 12, 2021, 3:02am 2

I also have pictures about this. The women’s clothes in aoe4 use the clothes of the Qing Dynasty, which is inaccurate. Please modify it! 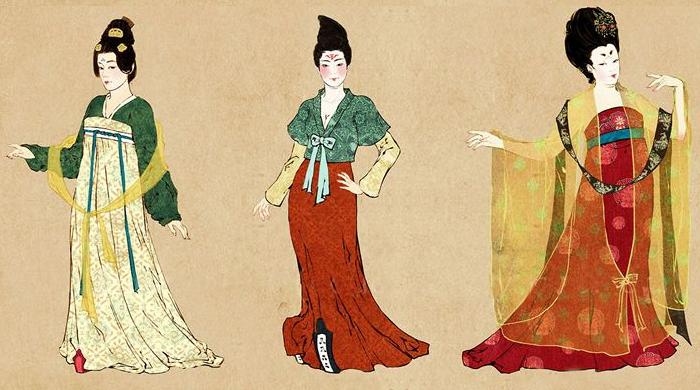 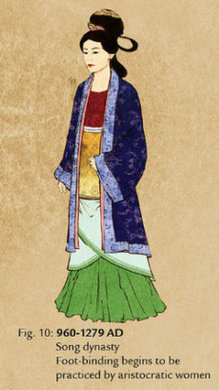 They wont change anything. I also consider it ugly to have that lack of details on units. All units seems to be wearing a blanket… But they definetely wont change it, maybe a mod can do a miracle.

Although I think its a nice topic to discuss, I will say there is a flaw in the examples you are presenting.

Pretty much all of these examples are the clothes of the wealthy upper classes. (courtiers, concubines, dignitaries)

You need examples of peasant clothing. As that is what is actually being represented with villagers.

People working the fields, mining, and building would generally not be wearing long, silky, and colourful clothing.

The styles of clothes are similar, just the clothes of the wealthy upper are more gorgeous.

It is indeed necessary to fixed.
This is a murals in the Yuan Dynasty . 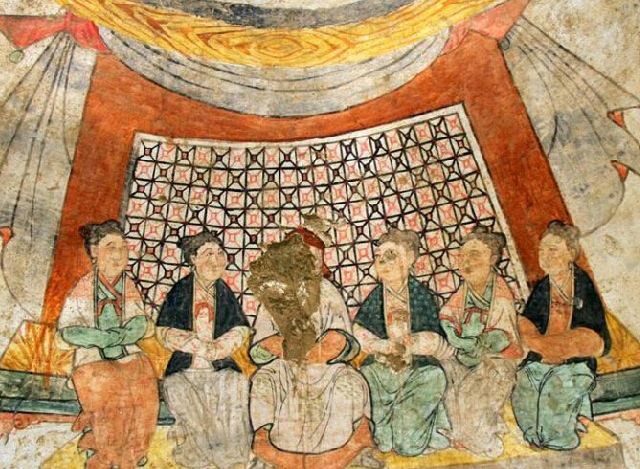 That’s an appropriate advice. I went to my friend to ask for some pictures of Ming Dynasty civilian clothing styles and posted them here. 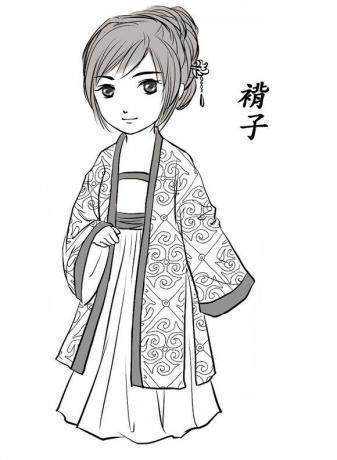 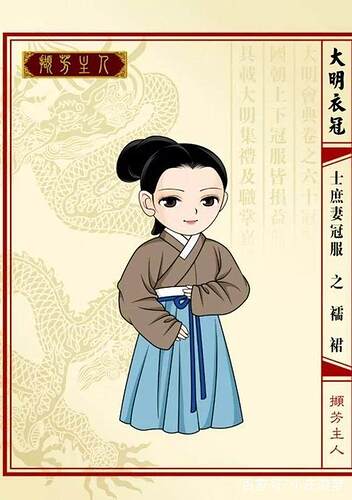 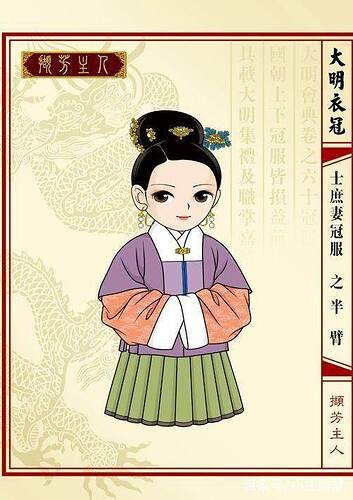 Most of them i seriously doubt would be used for everyday manual labor.

As far as I remember, they said the game should not come with the module system when it first launched. That’s a pity.

It is true that the long skirt was not suitable for agricultural work, it was more often used for domestic service. However, ancient Chinese women were less likely to engage in heavy work, if they had to do farm work, I think they would also consider changing into pantsuits.

these pictures are all nice and stuff but they are pictures of the top of society, not the peasantry. 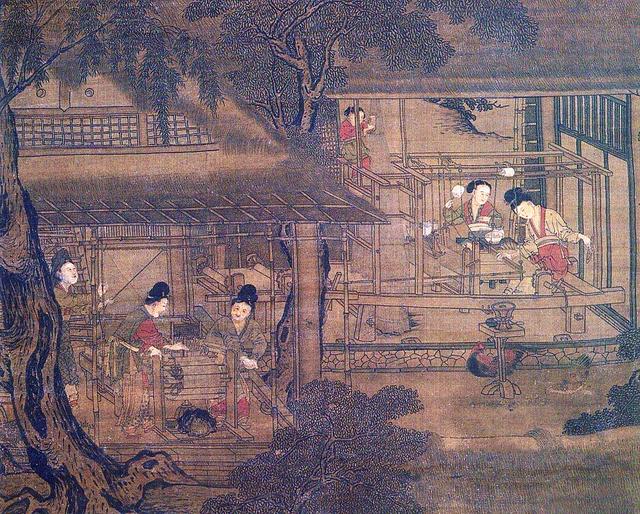 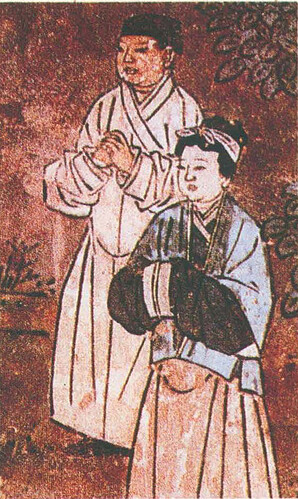 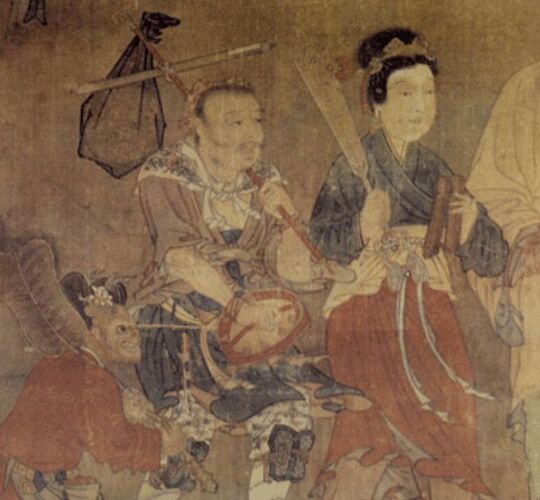 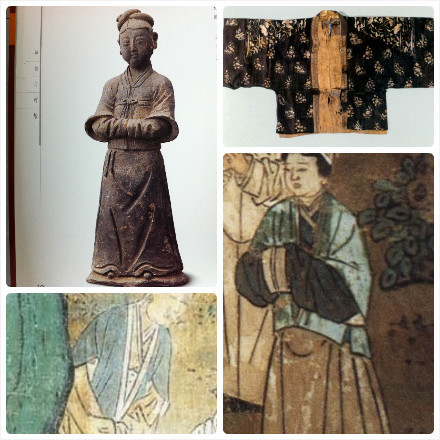 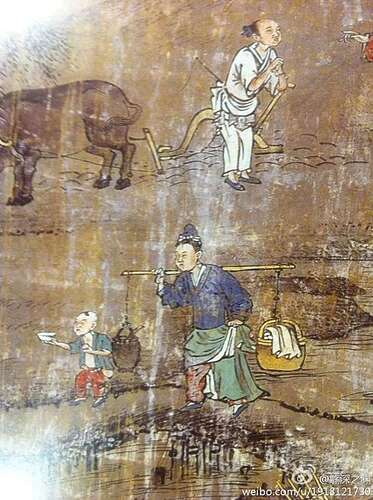 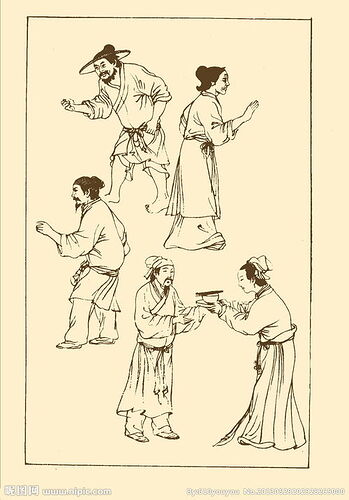 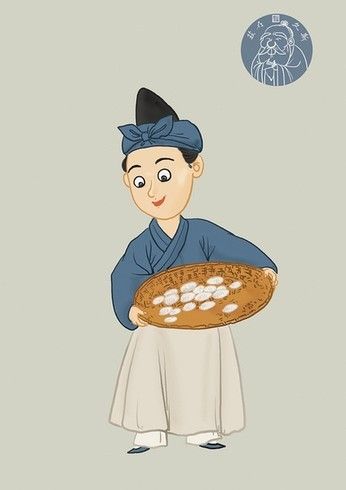 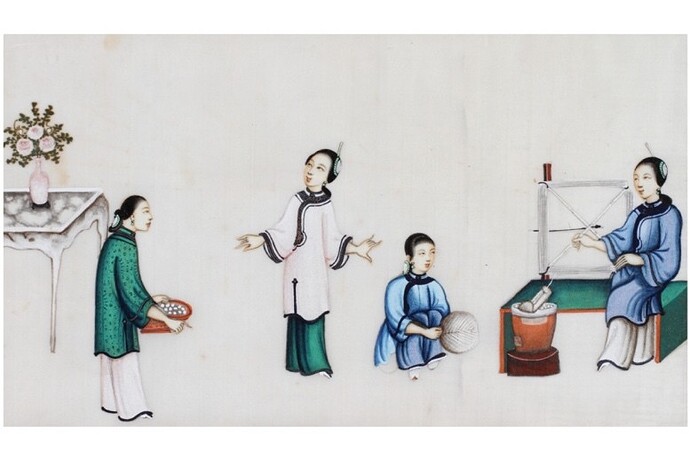 Or you can modify it into this style. 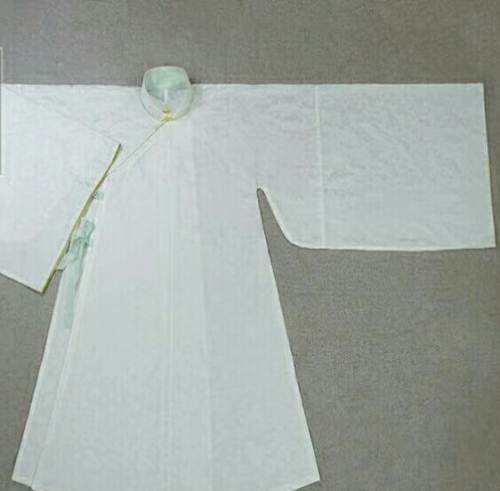 In other words, shift 厂 to 丿, just erase that cross bar.
That’s why I emphasized before that this should be a very fixable problem.

It seems you are busy fixing bugs, so I will wait for the near future and hope this issue will be solved later. At that time, I will consider to feedback this issue together with the halberd and crossbow issue.

This game is explicitly not trying to be historically accurate, there’s no way that the clothing of villagers will be “fixed” – even that term implies that something is broken.

It might be, but the number of villagers is so large that the problem seems very uncomfortable. I hope this problem can be solved because it is easy to fix.

Personal preference is not really convincing enough, what is important is that style of clothing is completely wrong in historical concerned. However I think they has been busy enough recently, we can only come back in a few days to remind them.

Well, I have to admit I am almost forgot this topic.
I am already tired of wait mouth after mouth. Comparatively speaking, model mistake seems to be just a insignificant problem.

However, it still very ridiculous. Relic just created a collar sytle which was never exist.
I am not meaning that 厂 collars didn’t exist at that time (like the mongol villagers’, that is fine) but it does not looks like that.
There had no collar cross from left to right as in the game, even if it is tried to reflect the women’s dress of the Manchu in Qing Dynasty, just like the picture below, the 厂collar is cross under in chest but not cross from left to right.