Inspired by @DarthPyro4335’s post, I decided to make a possible concept outline for another American expansion pack. 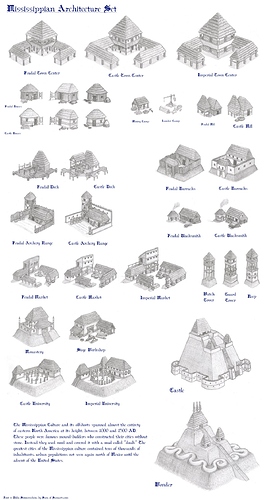 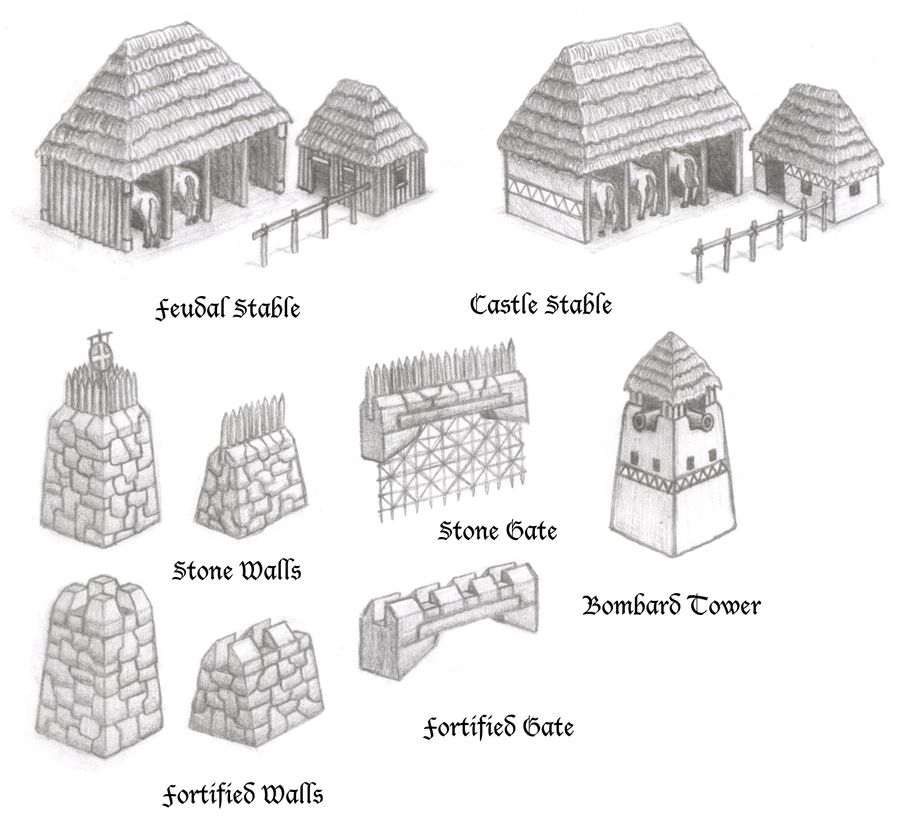 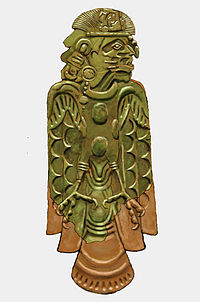 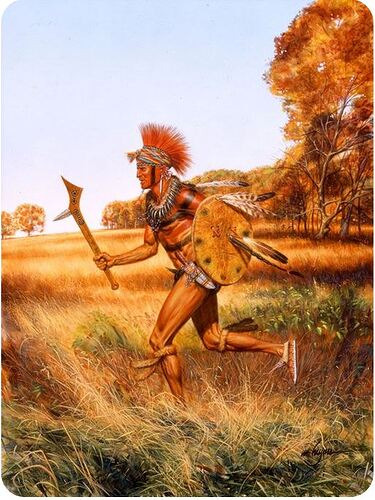 Design idea : A Mesoamerican economic civ which focuses on cheap easily massable defenses. Imagine Goths or Cumans but on towers instead

History : Mississippians were a Mound building Native American culture. Cahokia is the most impressive heritage they left. Probably would speak Caddo. 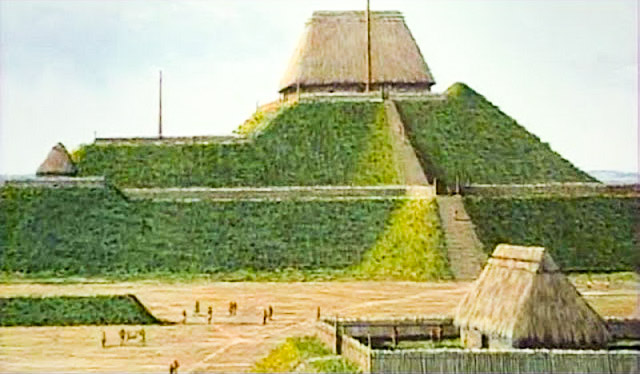 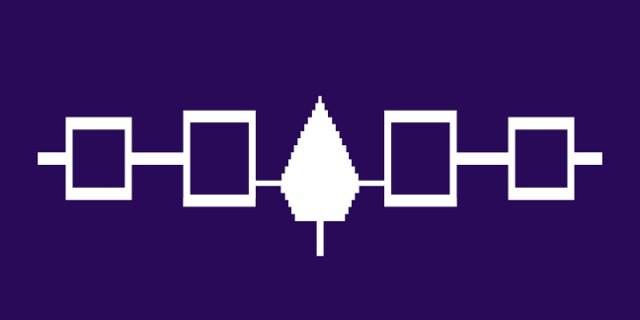 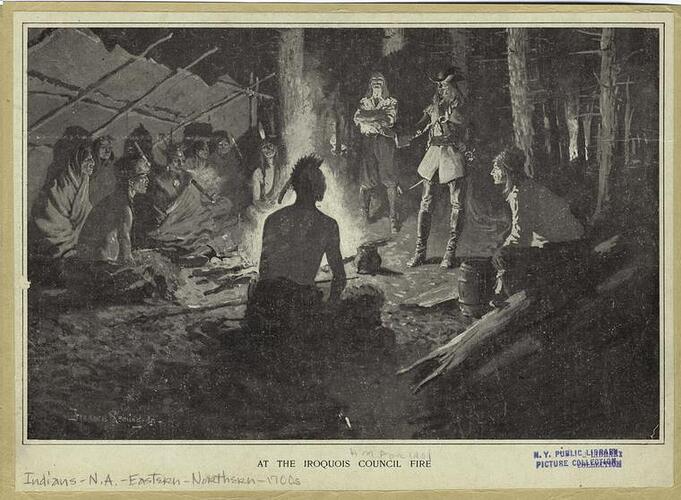 Design idea : A Mesoamerican siege civ with a team focus flair. Would probably also have access to a very generic hand cannoneer, an unicum for a Meso civ. Would heavily focus on raiding. The wood bonus warranties a strong economy

History : The Haudenosaunee are a powerful North East Native American confederacy which origins some suppose can be traced back to 1450. Some say their origins can be traced back even further in the past though this is questionable. The civ would represent all Iroquoian speaking people. 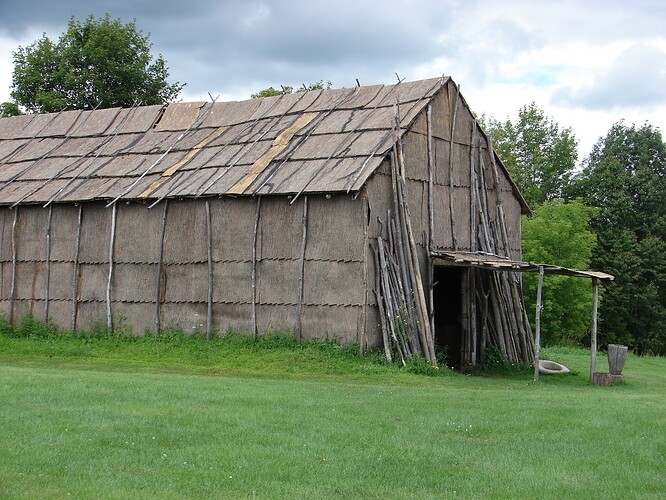 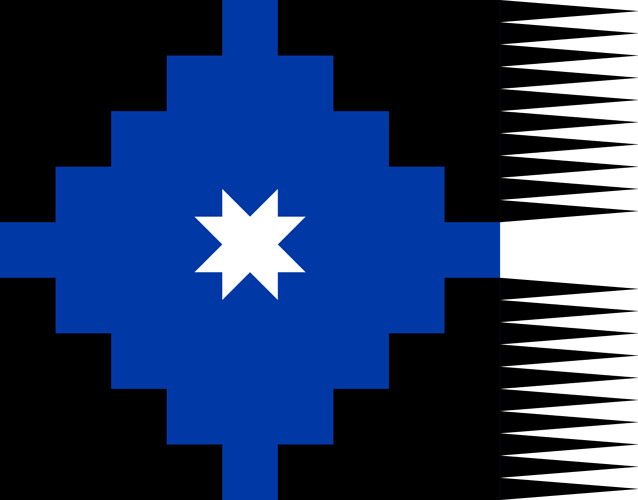 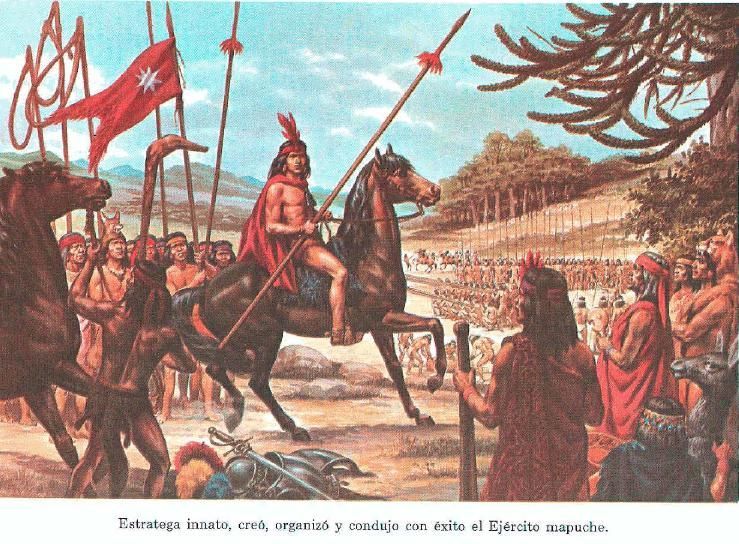 History : The Mapuche are one of the few First Nations which resisted both the Spanish and Incans successfully. 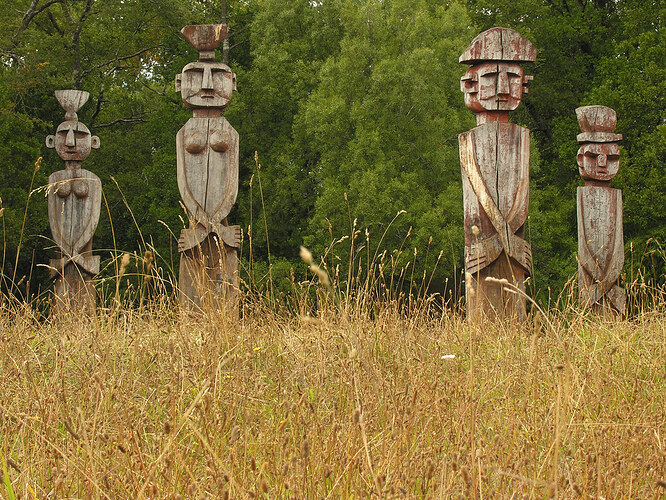 Other possible additions to such a DLC could be Muisca or Chimu. Don’t have a concept for those though.

It would actually be cool if Mississipians had Hand Cannoneer, since they had a few guns from the first expedition that they actually defeated.

Great desing! I don’t like everything (like straight cav could be op, altough idk if you ment knight) and a meso civ without squires kinda kills eagles, but good ideas in general.

Councils could be op though, for certain civs

They’d be Cavalier without Bloodlines, so barely better than FU Knights with slightly more armour.

You could easily balance council IMO depending on the training times of the UUs there.

There are afew things that would not work, or are a bit OP. A UT that gives +5 Damage is too much specially when it already is double Bloodlines for 1 unit, affects another, and the civ has all Attack upgrades already.

The Mounds UT would not work as intended, since there is no Space in the Castle’s options screen, for 3 more units (Militia, Spearman and Eagles). Maybe just allow the training of Militia line units, and faster than in the Barracks, would be more feasible, since the Castle already produces an UU Eagle variant, and Spearmen are not worth the cost, as they are Trash units.

I would also give Mississipians Arrow Slits. They already miss Bracer and Guard Tower, and Watch Towers are not hard to break, even if they cost only Wood. They could use the +1 Attack from Arrow Slits.

I love your concepts. I like Mississippians having trash trash, because they are just soooo strong in Feudal/Castle and early Imperial age.

This bonus needs to improve the effectivenes of gathering a lot. It needs some testing. The siege bonus is nice, but it won’t win you the game. Honestly the House discount could be a lot bigger, like 50%.

The Araucan civ probably needs Bracer, because their Eagles are slow.

There are afew things that would not work, or are a bit OP. A UT that gives +5 Damage is too much specially when it already is double Bloodlines for 1 unit, affects another, and the civ has all Attack upgrades already.

It just affects Malon Raiders. They already have a very low attack. Giving +5 attack gives them the same attack as a Magyar Huszar, but you that’s your Imp UT which will probably anyway be expensive. Maybe tweak it down if it’s too strong. The Malon is supposed to be strong against vills and weak against almost everything else basically.

The Mounds UT would not work as intended, since there is no Space in the Castle’s options screen, for 3 more units (Militia, Spearman and Eagles). Maybe just allow the training of Militia line units, and faster than in the Barracks, would be more feasible, since the Castle already produces an UU Eagle variant, and Spearmen are not worth the cost, as they are Trash units.

Could still add a second page if necessary.

I would also give Mississipians Arrow Slits. They already miss Bracer and Guard Tower, and Watch Towers are not hard to break, even if they cost only Wood. They could use the +1 Attack from Arrow Slits.

I fear it would make their towers too strong considering how inexpensive they are.

I fear it would make their towers too strong considering how inexpensive they are.

Well, any civ with Capped Rams or Onagers (or even Champions with Arson) will go through Watch Towers very quickly. I think adding arrow Slits would no be OP, they already miss both Bracer, Architecture and Guard Tower.

It just affects Malon Raiders. They already have a very low attack.

I suppose it really would depend on how much attack they have originally, but if the Attack is so low that a +5 upgrade is justified, then the unit itself may be too weak to be viable.

Could still add a second page if necessary.

Would there really be a need to have Spearmen line and Eagles in the Castle, specially when it already produce it’s own Eagle Variant?

The numbers and UTs are just possibilities out of many and are not set in stone.

Almost all armies that depended on Infantry, had Light Shock or Runner Infantry.
You need speed on the battlefield, or else either missile volley fire or Heavy Infantry push (like the Phalanx) will just grind you down.

It maes sense that a city-building people would have some sort of Shock Trooper.

Seems many meso cultures had some sort of bird warriors.

I have to tell You well done for the suggestion. The First civ is perfect in my PoV. For the other two Id probably like s,th a bit different but overall great suggestion.

Thank you all for the nice comments

A couple civs that could be considered are the Zapotec (they were in Age3 and Europa Universalis) and the Tarascans (Purepecha), both held a large enough territory for quite some time, built cities and engaged in warfare. 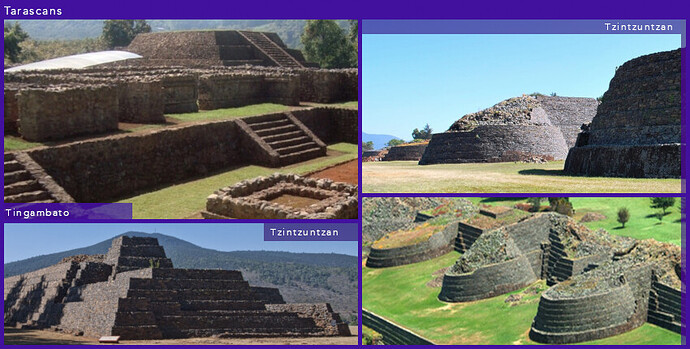 As an american, my humble opinion is that some of these civilizations don’t fit the concept of AoE2

First, the following concepts must be specified:

Now, I want to analyze some inconsistencies point by point:

Possible controversies: As demonstrated in AoE3 DE, the traditions of many cultures with regard to mining will have to be respected, for which civilizations that did not practice mining and / or metal handling would have to be discarded, or by default, create a game mechanic where the units only require food and wood, this could also mean that stone could not be used in buildings.

Historical period: I’m just going to put this: “The playable civilizations in Age of Empires II are based on prominent civilizations of the post-classical period, from the fall of the Western Roman Empire in the 5th century to the start of renaissance era during the 15th century.” So I also think it must be respected that their kings / emperors have been, at least for the most part, in that timeframe.

Historical Accuracy: We know that many times history is transformed into myth, for example, it was believed in the Battle of Gaugamela Alexander fought a million Persians (when there were actually 250,000). There may also be controversy over a specific historical fact: taking as real the outcome of a battle written in a poetic book when the chronicles and archaeological evidence show otherwise.

Regional Power: In my opinion, the civilizations of AoE 2 must have had a degree of influence on the continent or sub-continent, whether by political, military, economic, religious power, etc.

Trade: Have historical evidence that they have practiced trade, preferably with another kingdom or empire.

Consistency: the american civilizations in AoE2 do not possess gunpowder or cavalry (although historically the first americans to master both technologies were the Incas), by the middle of the XVI (16th) century the majority of Native Americans who had had contact with Europeans had already learned to master the horses (several decades of contact and cultural exchange had already passed)

Wonder: It shows the degree of architecture and development of a society, in my opinion the Wonder must be at least one structure that shows architecture that defined the population and that “has stood the test of time.” That it was a technological marvel (like the Great Tent of Genghis Khan)

As a final note, I know that in the end AoE2 is a game and as shown with some mods, and even with the inclusion of the Huns, you can finally program what your imagination allows and can even be added to the USA civilization in a game medieval AoE 2, however, I personally consider myself a lover of AoE 2, and also a lover of history, and I think that the pillar that has sustained AoE 2 all these years is its thematic and historical precision.

I agree with almost everything you wrote. New american civs should be added with an extremely conservative approach. And here’s the rant.

I don’t know enough about mississipians and iroquois so I’m not gonna comment about them. But mapuches is going too far.
Being an ethnic group is not enough reason to be considered a civ. And no, a phyrric victory against the incas is not a feat. No, neither are wars against the spanish that began only in the extreme limit of the time frame of the game. And horses were not adopted in the first contacts with spanish (which already took place in the second half of the XVI century). It took several years, thus escaping the already stretched middle ages of the game. This is a civ designed historically for AoE 3.
Mapuches were seminomadic people, they didn’t even had cities. Only small villages of timber and adobe houses.

I don’t have anything about mapuches specifically. But cmon, we’re not having endlessly new civs, and of all the civilizations that should be added to the game mapuches are the least qualified to be one of them.

And no, huns should have never been a civ either.

phyrric victory against the incas is not a feat

Pyrrhic victory? according to Felipe Guamán Poma it was a resounding victory for the Incas. 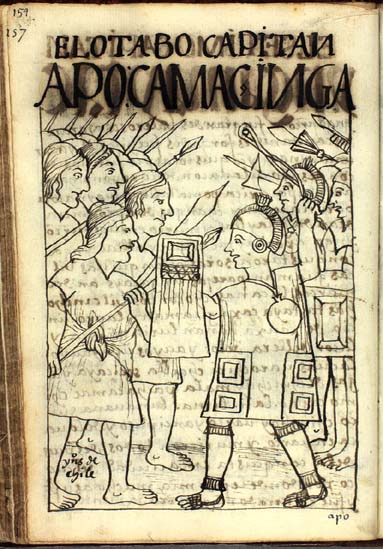 I didn’t know about this one. I knew incas conquered some mapuche territory but didn’t achieved to conquer the lands south of some river because a battle where both sides suffered too many casualties ended inconclusively, stopping the inca expansion south.

Your contribution even supports my argument. Mapuches didn’t “succesfully resisted the incas”. Some of them were conquered and when they did resisted, it was not an actual victory.