I started to create this list two years ago. Hopefully devs will fix all of these bugs in both Extended Edition and Retold soon.

This would be a great option for all custom maps not just randoms!
|Thanks for JeHathor|

Jarl info says they do bonus damage to their counters.

But they don’t do bonus damage to kataples, pedramos and the like.

That is some effort here. I hope that they fix all them

“Counter With” means that these units are effective against Jarl: 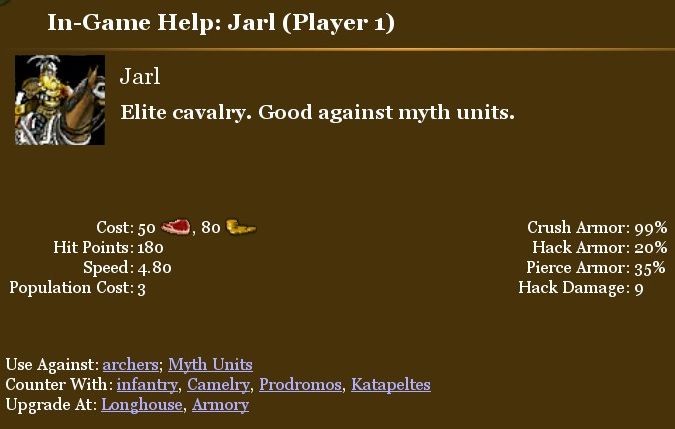 Bro, I have been playing AOM ever since it came out. 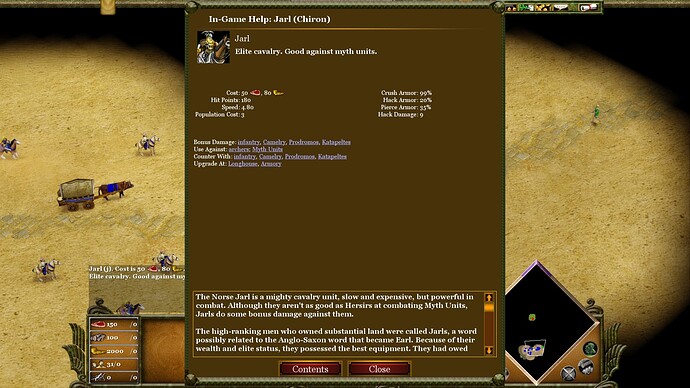 This isn’t a bug. This is intetnionally done to prevent a conflict between the New Kingdom tech and SOO god power. Particularily for Isis players, becuase Ra is less affected. The pharaoh players an overly important role in the egypt economy. Since Ra gets empowered from priests, that’s automatically at least a baseline of 10% bonus to resources and favor generation, while still being able to use the pharaoh and SOO in combat.

Isis didn’t get that. Unless you went for anubis in age 2, Isis favor generation is pretty weak without the 3 pharows that you get from NK and SOO. This is why SOO always grants you a second pharaoh

Poor Set cries in a corner.

Seems like the Jarl is really buggy, I used a mod where I fixed it a long time ago. Thanks for reporting.

Isis get stronger SOO and Pharaohs, because she has access to Nephthys.

As far as I know devs were unable to fix the “3 Pharaohs bug” in 2015 when they introduced a walkaround fix, which has been never accepted by competitive community on Voobly.

I very much doubt such a bug could be “unfixable”.