Since the November update, my progress through campaigns is no longer saving. Specifically, I’m playing Le Loi at the moment. I’d started, but not competed, scenario 3 before the update. Loading that saved game lets me finish the scenario and progress to scenario 4 - but upon exiting the program I lose my progress. When I opened the game again the next day, scenario 4 was unavailable and my medal from completing scenario 3 was gone. I had to load my last save from scenario 3, and finish it again before it would unlock scenario 4 again.

Tested it in a different campaign. Bari. Completed scenario 1, got my medal, started scenario 2. The next day, the campaign page for Bari looks like I haven’t even played scenario 1. No medal, and scenario 2 isn’t unlocked.

Every time I open the program, it seems to revert my campaign progress the point I was at when the update was rolled out. I can get to where I need to be by loading saves from near the end of completed scenarios, but it’s a real waste of time! I’d much prefer my progress through a campaign to be saved the way it always was. 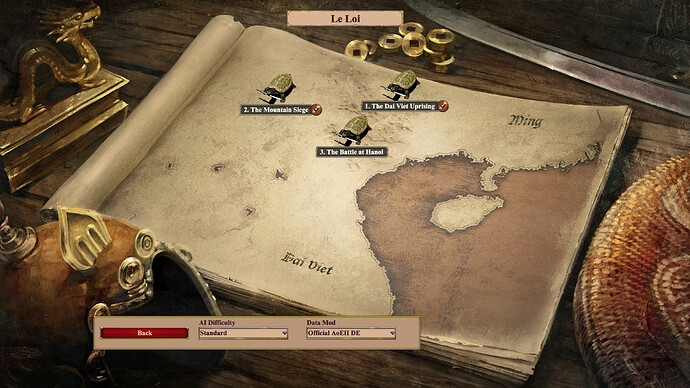 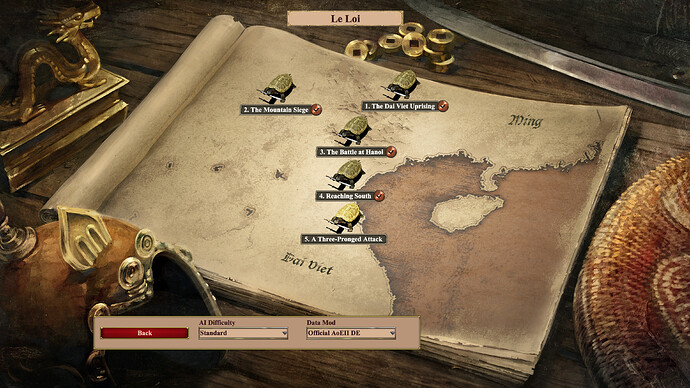 I have the SAME Issue here

Glad to see others are reporting this issue. I have the same problem, here is my bug report from about 20 days ago