Can I view the whole map at once?

When I play Age of Empires 2 HD (for example) I can view more and more of the map and see more of what’s going on by increasing the screen resolution. When I do that in AoE4, I can increase the quality of the map but cannot change how much I get to see at once. Is there a way to see more, possibly by making a bigger map? If not, is there a work-around?

3D games don’t allow you to see more of the map by changing the resolution. Even AoE2 DE doesn’t behave this way. You can zoom in and out by using the mouse wheel, or use the minimap to get a simplified overview of the battlefield. That’s it, unfortunately.

For AoE2:DE, there are a couple ways to see a lot more of the map.

The first way works while you’re actually playing. You might try this for AoE4 to see if it works; unless you’re saying you already tried this. I’m pretty sure it won’t work for AoE4, though, sadly:

The other way with AoE2:DE is through Capture Age which is used for watching recordings of your games, but I don’t know if it’s available for AoE4 yet?:

I successfully installed it, but it looks like maybe some “Lite” version of CaptureAge to me? (At least in the game replays I’ve looked at. I haven’t tried spectating, but I don’t see why that would be any different?) I’m curious what other people are seeing; or if they have experience from CA before, is it exactly the same here as before? It doesn’t have all the cool colorful histograms, graphs, data, colors, bells & whistles, etc. that was shown in the trailer earlier in the year. Seems like …

3D games don’t allow you to see more of the map by changing the resolution. Even AoE2 DE doesn’t behave this way.

AoE2:DE does have the way described in the first link above, actually. Here was a screenshot I took while playing, and I just have a 1080HD size monitor… well, 1920x1200, actually, but that’s only slightly bigger than 1080HD and is not why I’m seeing a ton more of the game here: 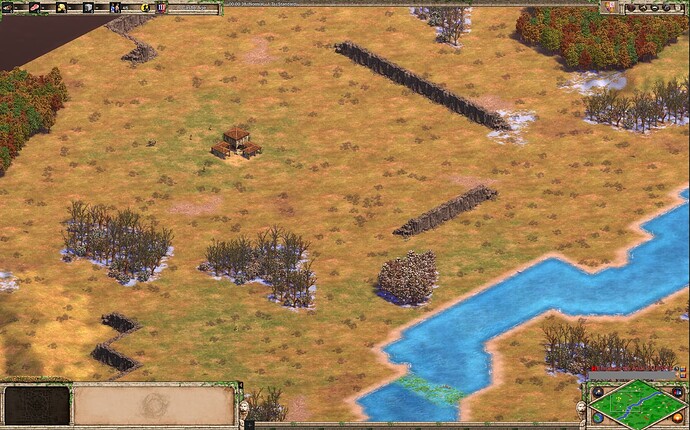 That’s what I was afraid of. But it seems that all those AoE4 help videos on YouTube are getting much more of the screen than I’m getting.

It occurred to me that what I saw might have been from the video pack, which I just discovered and am downloading. So we’ll see soon (somewhat soon).

To my knowledge the video pack only affects the cinematics, not the gameplay.

You’re partially correct, AoE2DE actually CAN (and should) allow a distant view with much more of the map visible at one time. But I found (by accident) that if you install AoE2DE and then stop (i.e. DON’T install the graphics pack) that changing the resolution does control whether or not a player can view almost the whole map at once. But if you proceed and then install the Graphics Pack, you then will be limited to only a small but detailed section of the map. On a support call with the to AoE2DE support, I was told you don’t need the graphics pack and that it really doesn’t add that much. That’s odd, given that the Pack is such a large file. It’s not very intuitive, but leaving the graphics pack gives me what I want to see. Somehow, the graphics pack was installed on my machine when I performed a routine update. I was irritated that I couldn’t see or do as much. So I simply uninstalled and reinstalled JUST the main program file and, sure enough, I was back in AoE Heaven with full views back again.

I wasn’t convinced about this, so I did a quick test. All screenshots taken at 1080p resolution.

With 4k UHD graphics ON: 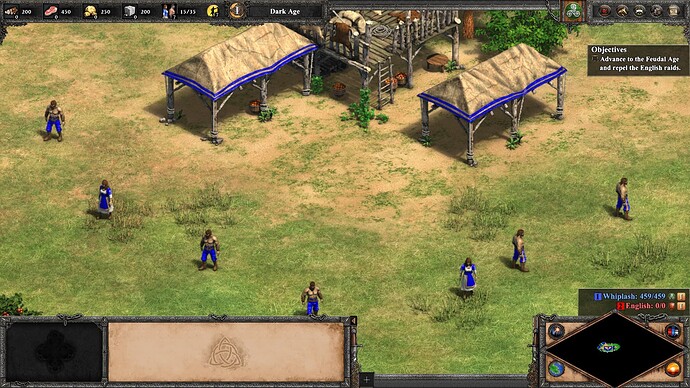 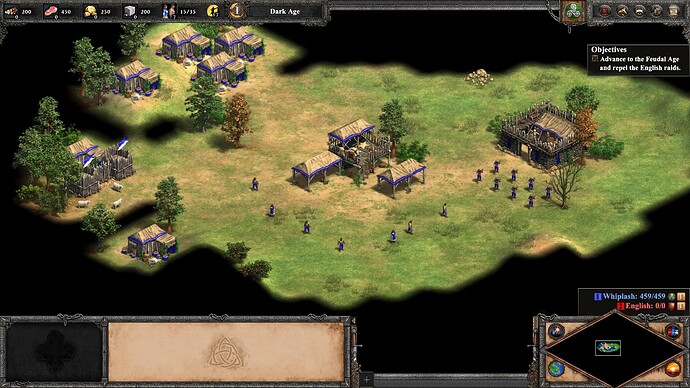 With 4k UHD graphics OFF: 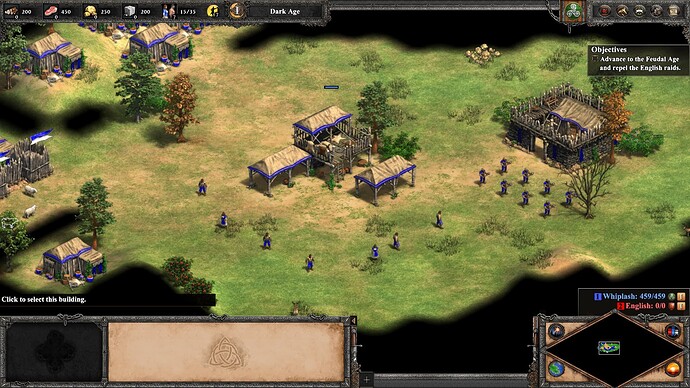 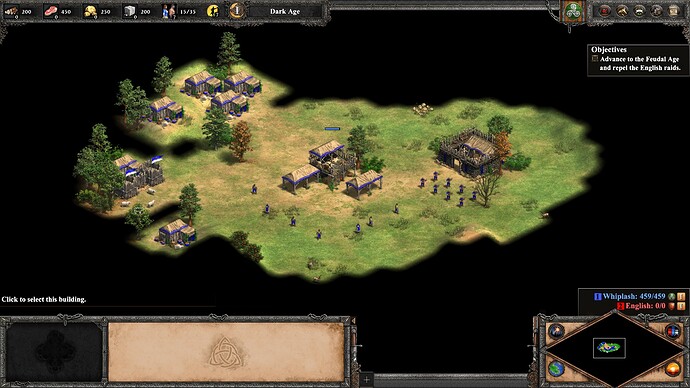 So turning on 4k graphics allows you to zoom in much further but still zoom out a decent amount. Turning it off does allow you to zoom out further, but not hugely so.

By the way, you can turn UHD graphics on and off in the menu settings. No need to uninstall the graphics pack.

Good to know, but aren’t you in AoEII HD in your screenshots above? I was referring to AoEII DE in my long-winded comment about installing just the main program without the Graphics Pack.

No, my screenshots were taken from DE. HD has no graphics pack DLC.

This thread is a bit confusing, though. The OP is posted in AoE4, but most of the comments are for AoE2?

Given that AoE4 is basically a 3D successor to AoE2, comparisons are inevitable.

Yes, but is OP wanting solution for AoE2, or AoE4? The whole AoE4 talk was pretty much abandoned.

I guess maybe it was realized that zoomimg out farther in AoE4 was a lost cause, perhaps… so focusing on AoE2 makes sense