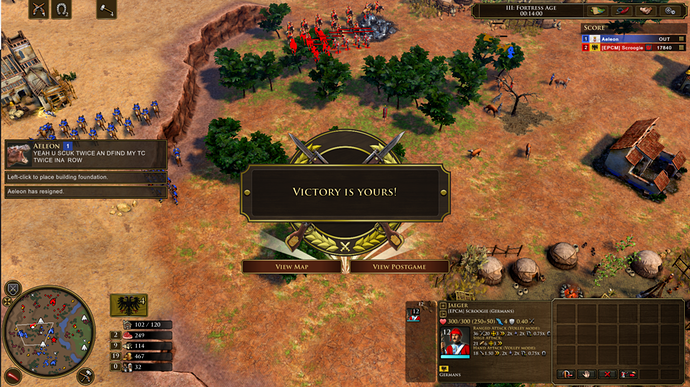 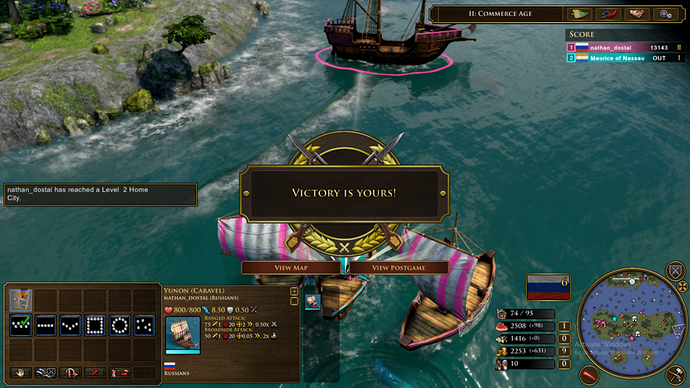 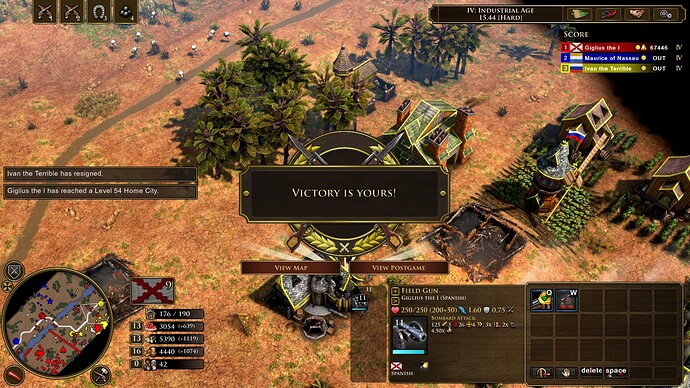 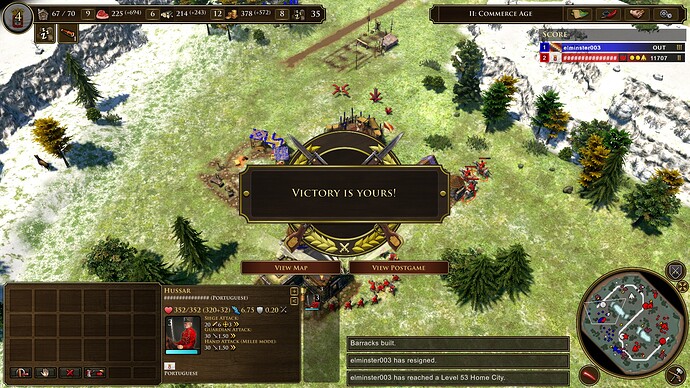 Hey @RinTheYordle, I know this is kinda off-topic, but I have two bug reports which have been laying around for months and still didn’t get any response if they’ll fix it one day. If you could help make the team aware of it, that would be nice. It’s kinda frustrating reporting a bug about a game you love and waiting in vain for any type of response. If they’d say that it’s too complicated to do, that’s fine for me too, but I didn’t get any response so far

I know you’re the community manager, but maybe, just maybe, you could also try to inform the guys at Forgotten Empires/Tantalus so that they’ll fix it. Thanks

Here are the two issues:

These details are CRITICAL; DO NOT skip them or your issue may not be reviewed. GAME BUILD #: Patch 47820 GAME PLATFORM: Steam OPERATING SYSTEM: Windows 10

DESCRIBE THE ISSUE IN DETAIL (below). LIMIT TO ONE BUG PER THREAD. The Eastern European building looks bigger than it actually is, leading to confusion in terms of if there’s a gap or not. 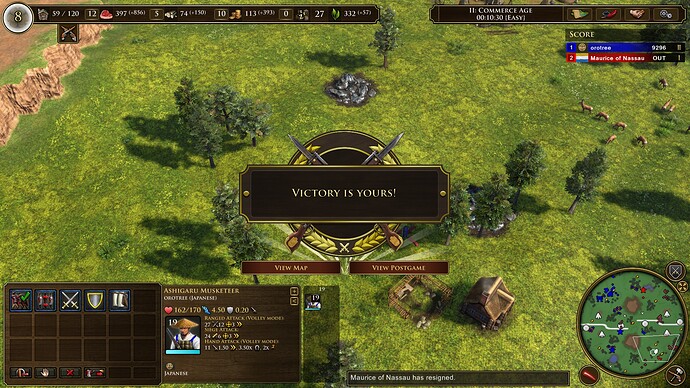 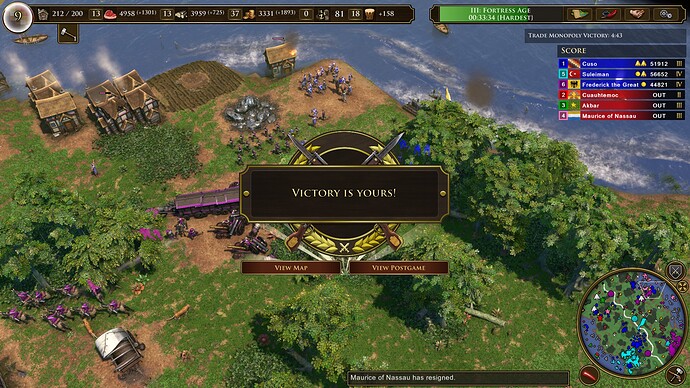 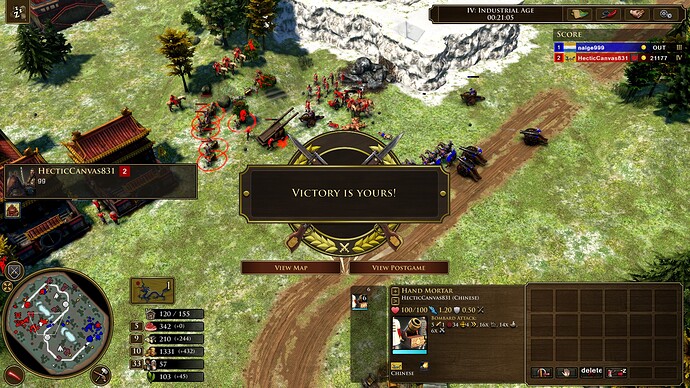 Let’s get this done!

@RinTheYordle are we there yet

Since he said we got 81, another 13 screenshots were posted below.

Don’t know about other sites though. 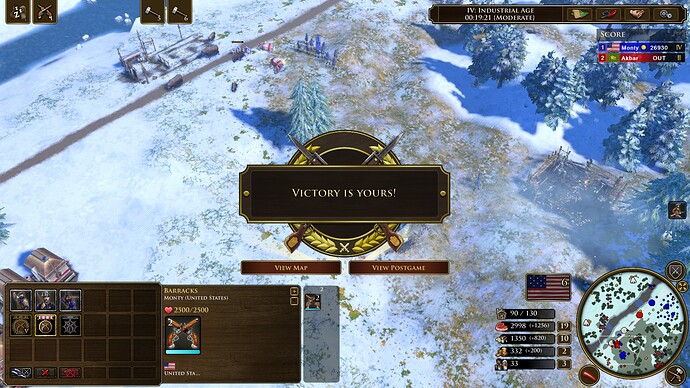 At last, I finally played my first game with the United States against a moderate AI. I had completely forgotten how to play this game in a couple months of inactivity…

Am I too late? Heres one from me with the Inca! 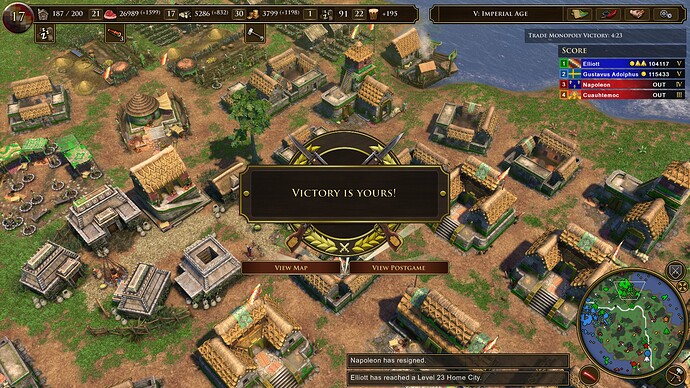 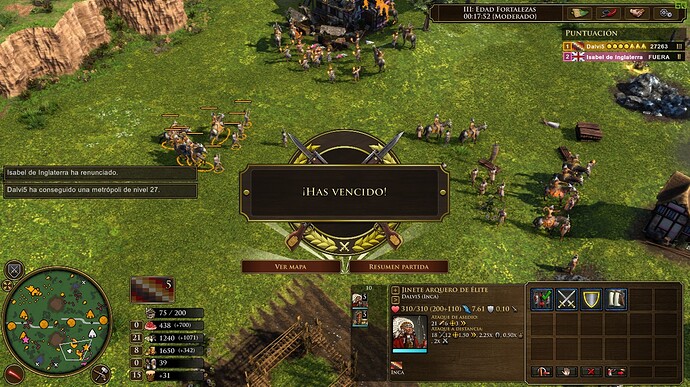 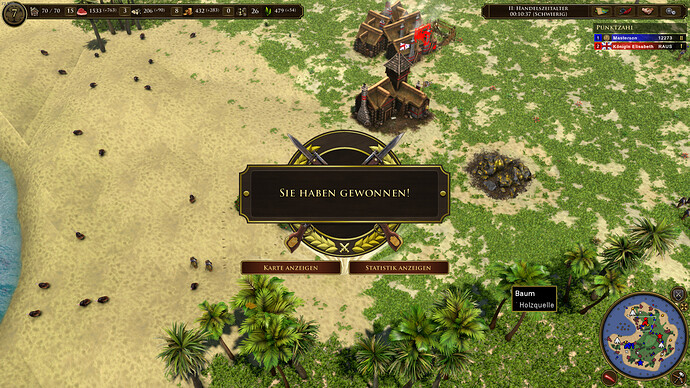 Adding my own win too! 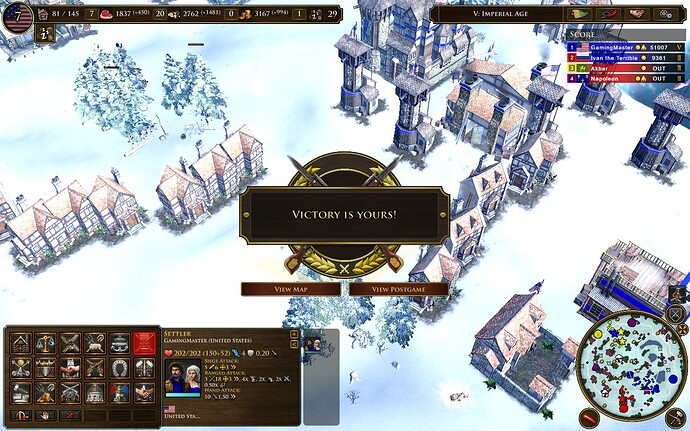 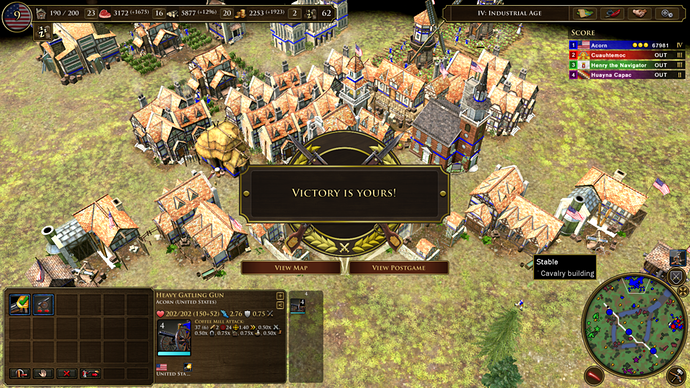 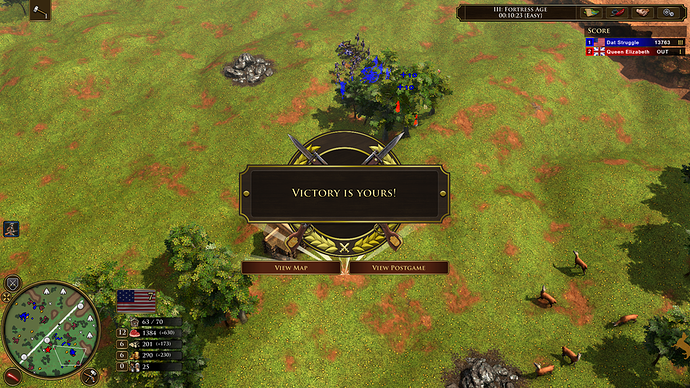 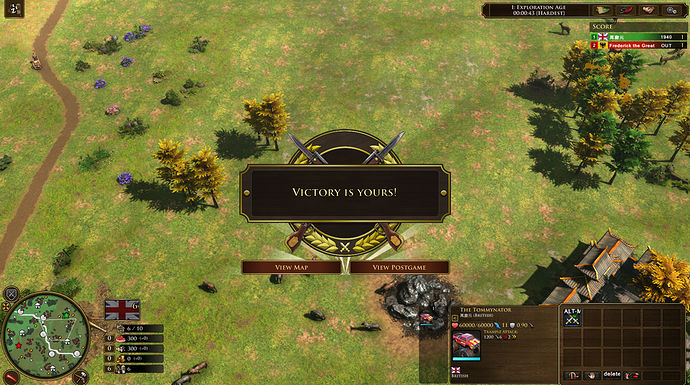 Better too late then not!