Collection of bugs and issues

Hello, I have collected several bugs and issues with the game. Not all of them are bugs, but they need dev attention since were already in the game in the stress test and are still not fixed.

Dynasty units and buildings must stay unlocked once unlocked by dynasties. It doesn’t make sense to loose access to them. It also devalues the investment into additional Landmarks.

The Chinese Spirit Way Landmark influence zone needs to be increased. Or it should be a permanent buff for all production buildings.

Here is a quick sketch of the issue with the Spirit Way Landmark: 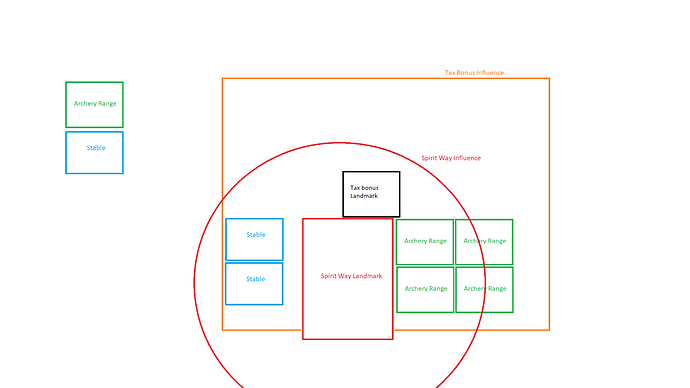 Picture 1. Sketch of an optimal Chinese base layout with Imperial Academy, Spirit way and production buildings.

As you can see here, its impossible to get your production buildings into the influence are of both the Imperial Academy (Tax bonus Landmark) and the influence area of the Spirit way Landmark (30% price reduction for Dynasty units). 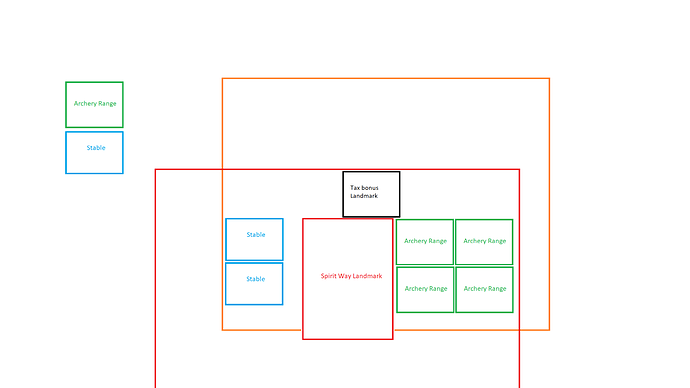 Picture 2. Sketch of an optimal Chinese base layout with Imperial Academy, Spirit way and production buildings. In this image, the Spirit Way influence was increased and changed from a circle to a square to make building placement easier.

As you can see in picture 2, changing the influence radius from a circle to a square makes it much easier to plan and place your production buildings properly.

However, as we can seee its still impossible to fit all buildings into the Influence Zone of both Landmarks. Therefore, I suggest to make the Spirit Way 30% cost reduction for Dynasty units apply to all production buildings regardless of placement.

The Chinese base building is already the most difficult in the entire game, especially once Granaries come into play. At this point, its simply too difficult. Because of this, the Chinese are unable to take advantage of their Landmark and civ bonuses.

11 Likes
Barbican of the Sun and Spirit way are just a worse version of Kremlin and High Armory
What I would love to see in the upcoming AOE4 Patch
Chinese buffs and fixes suggestion after Genesis
Champ721 November 3, 2021, 11:01pm #2

I found this thread via the search bar specifically because I’m so annoyed by the Chinese dynasty button being right in the middle of the screen. How did this make the final cut? I legitimately can’t stand playing the Chinese because I am constantly clicking that godforsaken button by accident.

amazing feedback, but wait relic will never see this as they have a habit of not seeing useful thing.

I’d like to add that I think China is severely dysfunctional because their only economic bonus comes from the tax collector? More specifically, it is hamstrung by the cooldown on collecting taxes per building, meaning that if you want to collect ALL the taxes from granaries, you need to build more granaries in the same area which is just asinine. Moreover, creating more buildings means you need more tax collectors but… you don’t get more than four? I think focusing the only economic bonus on this character seems null if you can only have four of that unit.

On the other hand, the ability to put the tax collectors on a building and pump out an insane amount of units for defense feels dirty. Not just because I can quite easily turn the tide of any defensive fight with a little bit of micromanaging, but also because I’ve never worked harder because of a bureaucrat breathing down my neck.

I think the tax collector may need a rework. It looks good on paper, but going against Rus or France high tier just feels like I’m spinning my economy’s tires through mud. Coupled with the fact I need to produce double the amounts of aging up for the dynasty bonus (the second-touted part, and to get the best raiders in age 3.5??? Yeah the torch damage is nuts and I love it but come on!) makes having four economic boons that costs the same as half of age three feel like they are useless. The prelate does its job much better, and has additional functionality and does not have a unit capacity.

The coolest-looking civ usually gets trampled by the cavalry of those stinky French and odorous Rus.

We see (almost) everything always. But we’re only human and there are only so many hours in the day!

@Zer0pntEnergy In the future, if you split each issue into its own thread, it is very helpful in helping us to log everything.

if that is the case it is wonderful, very excited to see AOE 4 succeed but as time goes on more and more issues are popping up and slowly the morale of community is decreasing. Infinite Khan, infinite distance repairs, Infinite relic(which devs have acknowledged). Everyone just want the game to succeed.