I’d say it’s a buff. You won’t make 200+ of them either way so the gold cost shouldn’t be too important. 30 food cheaper on the other hand seems to be very nice in my eyes.

Civs traits get shuffled to keep it interesting, the Viking identity is exactly what I want for them, with fast spamming cheap trash that can infiltrate any coastline or river in their attacking longboats and having cheap trash they have no need for free weelburrow. The Viking kingdoms lacked natural resources and a strong ecconomy , hense why they were forced to raid to sustain their ecconomy.

Where the Byzantines reigned over the longest lasting empire to date, why should they not have a strong ecconomy ? Thus they have extremly expencive units but with an ecconomy to back it up. Once more, my suggestion reinforces their historical identity.

I suggested to make its gold cost 70

That was before Burgundians had Viking eco tho. That’s yet one more problem of the tech: if the civ has a bad eco the tech is mostly crap, if the civ has a good eco it suddenly becomes god tier.

Fair enough, but that’s just a problem with the eco, not the tech itself.

Personally, I was of the opinion their team bonus should be made an offensive bonus; enemy players have +10% age up cost. That would allow them a better chance of keeping their enemies at a lower age, and thereby take advantage of their early eco bonuses for longer.

Actually it depends, but overall I feel the change as a small buff. WEs are ultra late game units, for TGs and some specific maps. In these maps, like BF, trading is typically safe, and a reduction of the overall cost and TT acts as a buff.

From a 1v1 perspective, this is a nerf, but personally I would not see WE as a 1v1 unit.

But gold for me is an incredibly rare resource even in team games because I just don’t know when I should be making trade carts and I often don’t even have enough wood to make them.

Their training speed is also buffed so it is an overal buff.

With lesser training time, it will be harder to sustain elephant priductions from 3 castles. Decreasing the total cost of the unit helps yo maintain production provided there are gold miners.

Well, at least Turks pick rate is definitely going to be on point.

but tbh, kudos to devs, first time in a while when they don’t make some weird, un-called for giganerf, or gigabuff. Better late than never. Now only if some of the mistakes from the past could be fixed and we’d have a good balance.

Artillery was expensive but the tech itself worth research. BBT cannot be taken down with enemy BBC is so HUGE

its not ! even single battering ram can destroy 6 bbt.Stone cost for UT seemed so weird and punishing for me to be honest.Also Turks aren’t picked 1v1 open maps so they need something. There is no Unstoppable FI stategy in pro gaming.Maybe at low elos it can be considered in that way.
Turks are allways one of the worst civ in game nothing this will now change it anyway.Also with even limitless gold they dont have any unit better then mongols britons or franks.No onager no trash no paladin no arbalest nothing.Only generic units with good BBC which dont help at most cases.Turks are one trick pony.And they have nice hussar thats all

the value is so minuscule, really how short of a fraction of second that is

It is not. Ornlu made a mistake.

there’s an error in the video, pre-buff CA had 1.3 attack animation

Ornlu said it will be in the middle ground of current and original. So I’m guessing it will be increased to 1.22 from 1.15 (originally 1.3). I think it will be pretty noticeable. 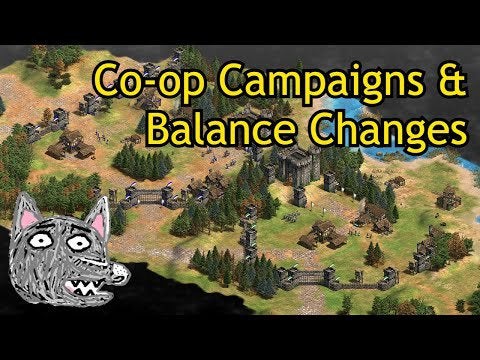 Hand Cannoneer: Increase accuracy from 65% to 70%

So what was the point of that? It is like 1.7%. Not significant at all. Even Incas Team Bonus has more % value than this.

Someone somewhere probs got triggered and they made the most insignificant change to get them to shut up. After all giving them a slight buff when everyone believed they were nerfed compared to AoC worked, so if placebo works why not do it again.

I merely looked at this Imgur: The magic of the Internet

I’m sorry I’m stupid, this isn’t saying Flemish Militia do LITERALLY NO DAMAGE vs buildings and is instead removing bonus damage, right? …right?

it was made before the buff