Cows surround towncenter when I task a villager to kill

When villagers are tasked to kill, cows shouldn’t be moving.

All cows move to town center.

Here is a video showing more of the cow bug @.@ Please AOE Team fix that I love cows.

does this happen to specific civilizations? or everyone?
what about livestock pen, chinese village and sacred grooves? does it work fine for them?

ah yes the cowhacks are back

Upon playing more, it seems to happen with all herdable animals. I haven’t tried with any other civ but haudenosaunee and inca. The same problem happens though.

Me too. Once I kill a sheep, all of them will leave corral and surround town center including lean ones. It’s hard to pick and drive back immature animals among them.

Yeah, I noticed this as well when testing out the infinite 7 sheep + homestead wagon.

Sheep in AoE2 behave that way. In AoE2 it makes sense, because:
a) sheep don’t fatten
and
b) your villagers have to drop off the food at the tc or a mill.

In AoE3 it not only is not useful but harmful, because:
c) you do not need to drop resources off at a building, so you place your sheep where you want them to reduce villager-walking time.
And
d) unfattened sheep walk away from their fattening building, creating a worse situation for you.

So I’d like to have the ported “sheep-ai” removed. Just let us control where we want our sheep.

Just Got a thought, Maybe they did that thing where your fat cows would go to TC but it then sends unfat cows too. Why don’t just let us have a Rally marker on the Livestock to set a point on where we want to set Fat cows? That would be helpful instead of them going to TC or just going around Livestock when they’re full. By having a rally point of When they get Fat would work wonders. It currently has 1 rally point but only to set to where they go when unfat

Just bumping this, it still occurs.

Another Bump, cause it still occurs

Confirmed, this happened to me when playing as the British on Amazonia to my sheep and cows.

AOE team I understand that you guys are focused on performance, however bugs like this are annoying to see whenever you are playing a match.

In the mission “Help from a pirate” I can’t kill the sheep. When I give the order to a villager to kill them, they move from one point to another. When they stand still, the villager does too. Try as I might, this repeats itself. It’s a minor bug but it has happened to me twice already. 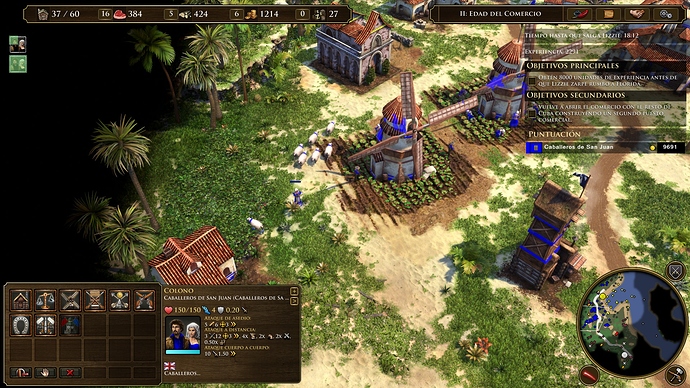 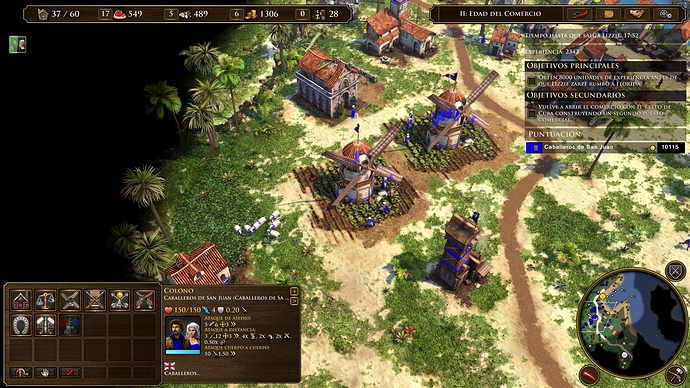 on multiplayer happens the same but the sheeps or the cows go to the town when the villagers will kill them, just when the cows arrives to the town you can get the meet i lost a lot of time!!!

It just happened to me today in multiplayer! It is too annoying!!

I experienced this same bug in skirmish mode. My cows felt the need to walk all the way to the TC before I could harvest them. Even then right clicking on them with vills didn’t always work.

I have the same bug. Sheep tend to move between livestock pen & TC. Right clicking the sheep has to be done multiple times for sheep to be harvested for food.

Needs to be fixed, right now it is impossible to play Brits, China and Iroquois well in treaty. 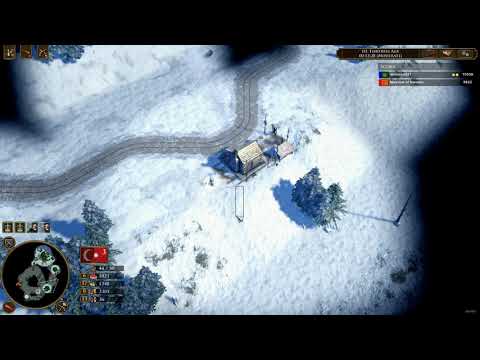 This is an odd one… Playing as the British using the livestock boom strategy. Whenever I send a villager to begin gathering from cows, the villager approaches the cow, and then all of the cows - fattened or unfattened - run to the town center.

Once I actually manage to get a villager gathering, this issue does not persist unless the villagers run out of fattened cows to gather. If they have to start over, the same thing happens - cows run away to the town center. Very frustrating.