The custom scenarios created by user will always re-appear in the scenario list after being deleted.
The issue happens in both Steam & Microsoft Store version.

Thank you in advance, your hard work is always appreciated! 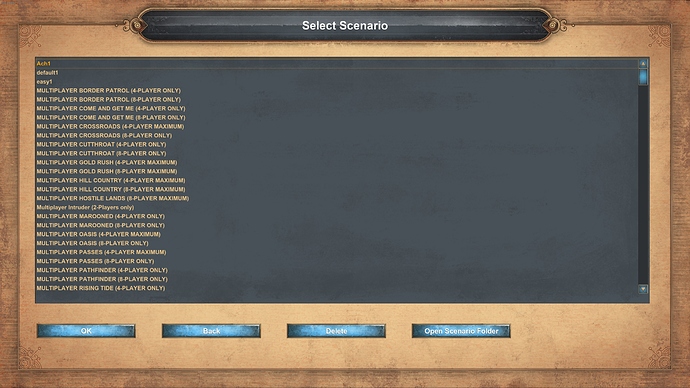 13 posts were merged into an existing topic: How to delete custom scenario?