Do you really think "VILLAGE" should be nomadic ger(yurts)?

First of all, I’m very sorry, I used an emotional title in order to get your attention to the idea.

I know there will be many friends who say that there are too many unreasonable things in AOE3. Since the release of the DE version, HOWEVER, I have seen the Forgotten Empires & the Tantalus making a series of minor adjustments, including some changes to the appearance of buildings and units. Maybe they will adopt my suggestion in the future when they make more extensive changes to Asia.

I thank them for their hard work vary much, modifying on the annoying issues of vanilla Age of Empires 3 and refining the game to make AOE3 DE be the most complex, fun, and enjoyable RTS games to date.

I made this suggestion because it was one of the most obvious unreasonable factors in the design of Asian Dynasty by Big Huge. Even if the developers didn’t take my advice, I still thought the game was fun and would continue to play it.

6.Manchurians are fishing and hunting people, they are also settled life, also do not live in ger(yurts). 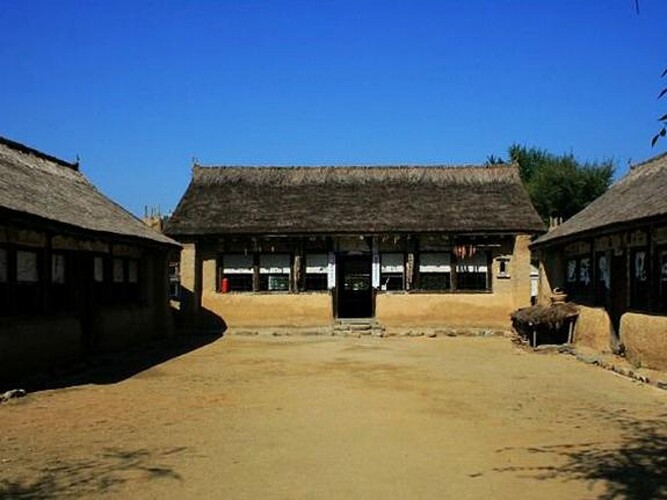 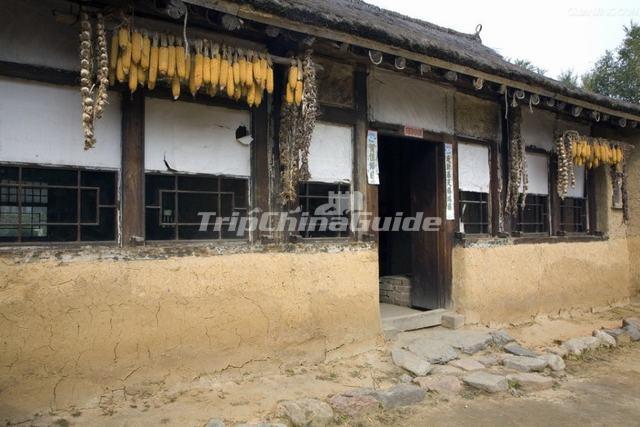 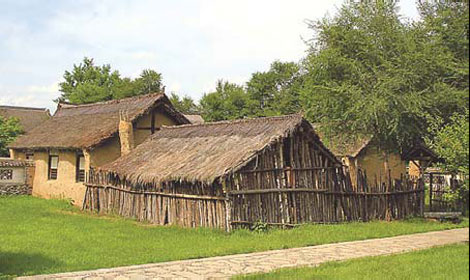 Since Han Chinese peasants have the habit of raising livestock in their dwellings (even the Chinese character “house/home（家）” means a pig（豕） under the house（宀）), the Chinese civili didn’t need any change, just a change in the model was quite appropriate.

Many Chinese players feel weird about this, and some even feel offended by cultural stereotypes and misunderstandings. As a result, there have been a number of redesigns related to this in the Chinese AOE3 community, such as: 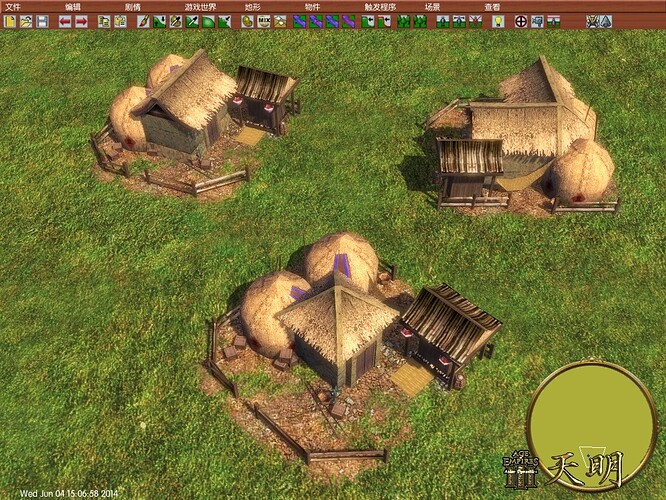 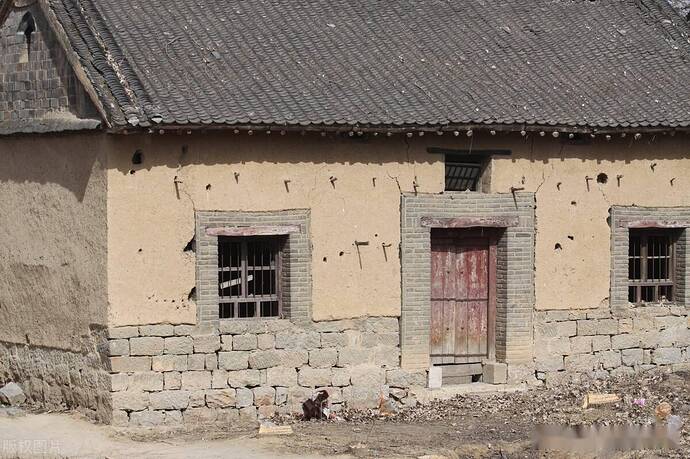 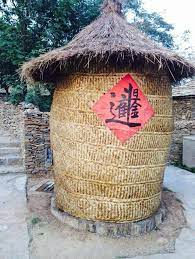 In Age 1, the main structure of the building was earth, and behind the house were grain bin piled up with rice or wheat. 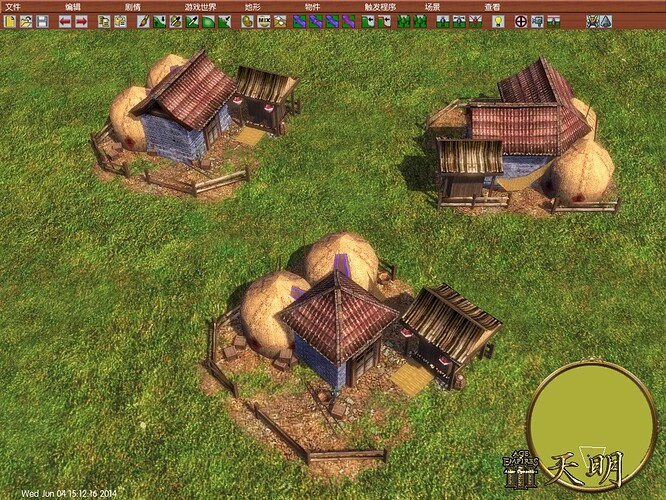 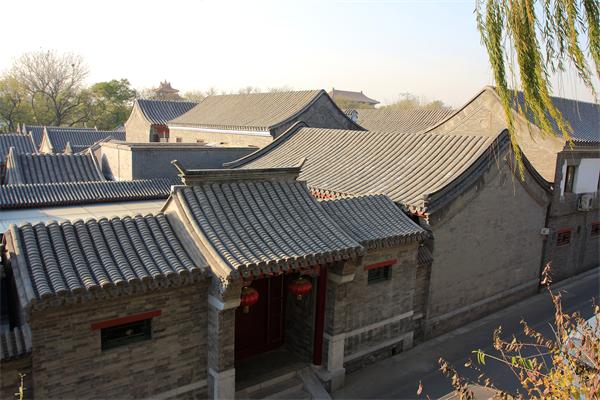 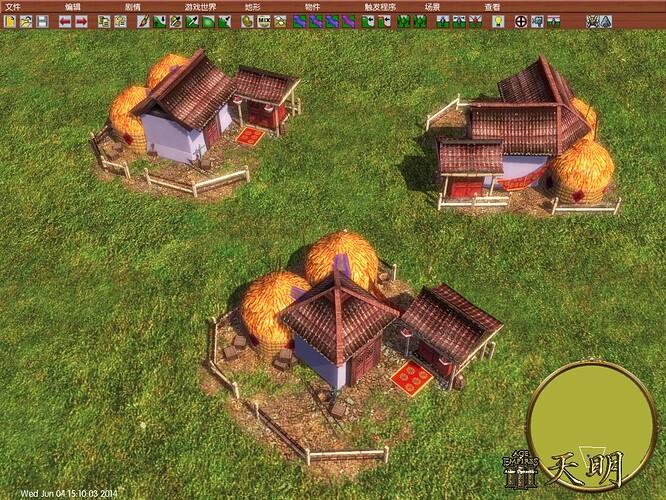 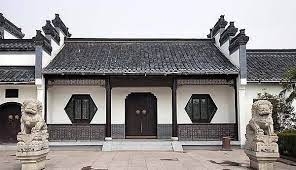 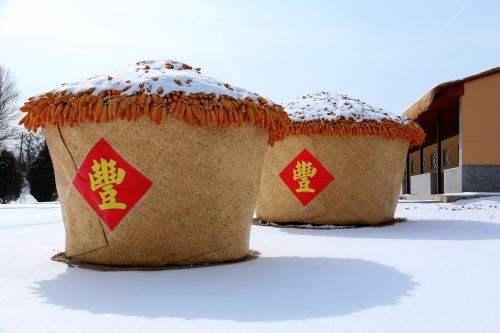 In Age 4, the exterior walls of the building were painted with lime, which was more refined, and the grain storage was made of corn, which was introduced in the late Ming Dynasty and planted in large quantities in the Qing Dynasty, in line with historical evolution.

There are also questions about the Confucian Academy
I think it might be more interesting to change the Chinese like this
start resource 6 vllager>villager8
crate of food 2>0
cords of wood 2
collection of books 1 (Four Books and Five Classics of Confucian classics)
a 30food goat
Regarding the Confucian Academy, it is now a spectacle of producing artillery. This is very wrong. Why does a place that teaches people to learn and worship ancestors automatically produce artillery? You will also find it unreasonable.
My idea is to move the flying crow to the Summer Palace, change the Confucian Academy into a spectacle that can reduce technology costs and speed up shipping, and remove the Confuciusgift card and replace it with the Confucian Academy. Upgrade age bonus resources, age 2400 food , age 3 800 wood, age 4 1200gold, age 5 400food 400 wood 400 gold 300 export

Agreed! The yurts do seem out of place. I mean if the village were a huge building group and the yurts occupy a small portion then maybe it’s fine, but the yurts right now take like half the total space. Mongols and Han were both under Manchu rule but the whole empire was still predominately consisted of Han people.

And we didn’t even have to make any changes to the gameplay, just change the model, make it more sedentary than nomadic, more Han than Mongol.

And we didn’t even have to make any changes to the gameplay, just change the model, make it more sedentary than nomadic, more Han than Mongol.

Disagree. Come on, it is not stereotype. If you insist on calling this village model a stereotype, then such ‘stereotype’ exists in every civ in AoE3 and it’s harmless. Any civ in this game isn’t and can’t be based on an exactly accurate reappearance of its country in a certain historical period. As you say, there are different types of village in northern or southern China. Should we put them all in the game? Is it offensive to northern or southern Chinese if the other’s village is adopted? Is there no Yurt in inner Mongolia of China? Why do you think only a village in Han-style is proper and not stereotyped? Just because 95% Chinese is Han, it makes the culture of the rest 5% not qualified to be included? Can I say your suggestion is somehow affected by Han-nationalism? ‘Stereotype’, ‘Bias’, ‘Cultural Prejudice’… There is no need to morally hijack someone in such way. Actually, I couldn’t find any inappropriateness of the current looking of the Chinese village. Every civilization has various cultural features and great history, so it’s impossible to put them all in the design of a civ in game.
It’s impossible to make all people happy, too. If a person is a little bit more sensitive, it is easier for him to feel weird or offended. If we look for mistake-designs on purpose, everything can be improper. I understand your passion of our own civilization and appreciate it very much. But, please don’t represent ‘almost all Chinese players’ for prompting your own opinion. Besides this, I personally found the many other designs in Chinese civ very good. They reveal the multicultural characteristic of China, since our country consists of 56 different nations. I will be glad to see, that in the future more cultural features of Chinese minorities, more than Manchu and Mongolian, are added in the game in the form of cards or architectures. Some changes of cn civ are proposed just because something is not Han-style, I think, people won’t agree with that when they know how the actual circumstances are.

If you still feel that way after you’ve actually read it, then I have to respect that.

Nomadic yurts on settler villages are the hardest thing for me to accept.
Or it could be renamed by “army camp” rather than this yurt “village”…

well, i found that you removed some words and changed the diction after i pointed out them. Thanks for caring about that. So I read it and think about it again. I see that now you want a bunch of yurts and a village in your comprehend to be distinguished, rather than replacing non-Han elements with Han elements. Such appeal is much more rational. But as I mentioned in my last reply, there are also people in Mongolian nation living in our country and for those of them who still live in a traditional way, yes, their village is actually really a group of yurts. I don’t know if you noticed that many features of the design of cn civ showed multicultural characteristics in China, Mongolian army units, Manchu units, Ming army …and I think a village of yurts belongs to such kind of design, too. So, it’s very proper and suitable in my opinion. But If you say keep those different kind of village and give each its own function with cards or new researched techs. That sounds like a better idea than classifying villages into types by their appearance. The work, on which productive force is spent and people focus, should be as meaningful as possible. So why bother changing an enough suitable model of village while we can give some new ideas for enriching the content and improving the experience of game? It means no my negation to your suggestion but expression of my own. It’s our amazing dev’s right to adopt it or not. After all, your suggestion is in my mind actually quite valuable and we need more of them, especially after removing suspected chauvinistic diction.

Hello, agreed with your overall feedback, your real pictures are especially helpful, as the AoE4 reference

However, yurts are not Mongol specific, but rather common to every Central Asian nomads (Turko-mongol especially, but also Scythians) : the word ‘yurt’ itself is of Turkic origin, contrasting with the Mongol word ‘ger’ referring to the same house : 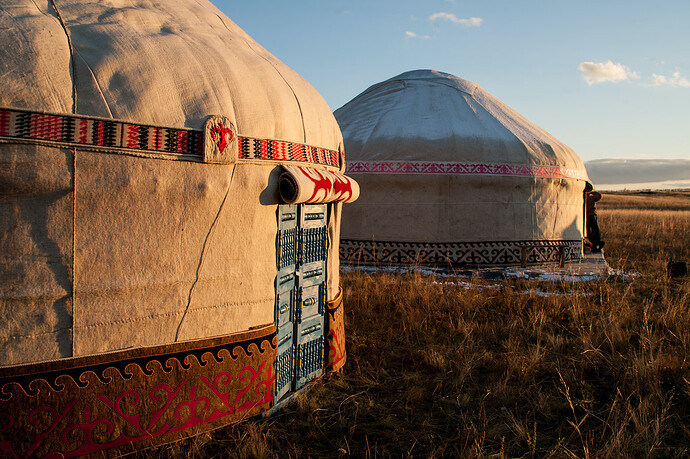 Yurts are a form of housing as well as an important aspect of the histories of nomadic populations.

A traditional yurt (from the Turkic languages) or ger (Mongolian) is a portable, round tent covered with skins or felt and used as a dwelling by several distinct nomadic groups in the steppes of Central Asia. The structure consists of an angled assembly or latticework of wood or bamboo for walls, a door frame, ribs (poles, rafters), and a wheel (crown, compression ring) possibly steam-bent. The roof structure is often self-supporting, but large yurts may have interior posts supporting the crown. ...

There are also slight differences between the traditional Mongolian gers and the steeper, Central Asian yurts: 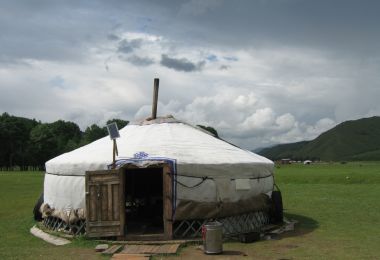 A yurt is a portable, circular dwelling made of a lattice of flexible wood and covered in felt.

Sorry about that, my English is too bad. Thank you very much for pointing out my mistake.

This is also a very interesting idea, thanks for your reply. However, I want to try not to add more work to the developers, so what I want most is to be able to adjust the appearance of the buildings in the village to make it more worthy of its name.

Again, very smart that you showed pictures and what AoE4 successfully implemented !

What do you think about Asian Monks, specially the chinese one as leaders? That could fall into a stereotype (China = Kung-fu) that could be changed?

if that could be called a stereotype, any cultural symbol or feature of a civilization is a stereotype.