PART1: Evidence how badly report system works
(which was closed for no reason at all - maybe only to hide devs. incompetence I quess? )

Hey guys I just want to inform you that even after 3 months of playing AoEIV nobody was banned at all.

This guy we all know is still untouched.

I met him in a one game. Asked him why he is doing all this stuff and he called me a CHILD and pointed a fact that NOBODY cares when he uses drop-hacks. Oh sure … nobody cares when u shut down his 50+mins long game where u was on the edge of victory but nevermind.

Probably after that game he realized how stupid he is and FINALLY hidded his match history (thanks to devs. for this epic. feature again so we cannot even dodge and detect cheaters/dropers)

He even renamed himself and changed his avatar picture.

I cannot name him or I will be against this some funny codex of product or whatever where u cannot even inform fair players to dodge the lowest human beeing of all who ruins others games and waste their time.

So here is my hint: He is NAMED after one movie from 2008. There is a word Knight in that movie and Heath Ledger is in main role. (RIP)

Here are some screens of his profile. I think u will recognize him very easily. 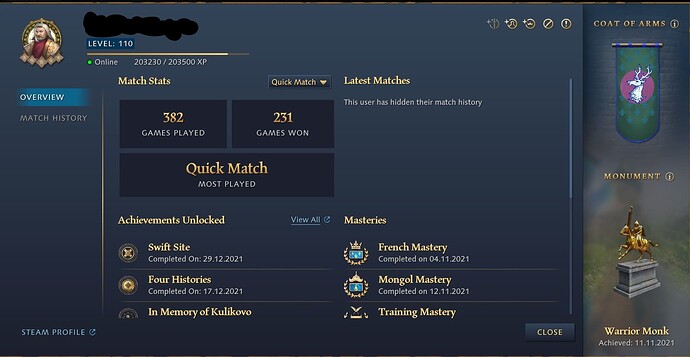 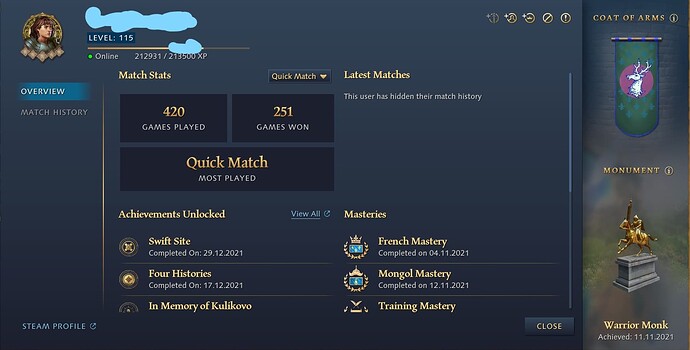 So yeah thank you again developers for all your hard work in removing all the cheaters asap so game remains healthy and playable at all.

I hope to introduce strict policies as soon as possible so that players who use bugs will be severely punished!

Its not bug. Its a cheat. They use external program to shut down a game when they are about to lose.

They reached high-ELO thanks for doing this.

So even I as a top50 player cannot dodge them. - Only when I recognize names - but I know about two 100% chaters so far. Others remains unknown since we have that epic feature to hide match history

hey it’s commander Cao everyone know him but it’s microsoft bro. it’s a small company will little money … be fair.

LEL.
Yeah its him but he has different nickname now so BEWARE so u dont waste time.

So they have since the game was released when nobody was baned at all right?
God momentum to take a holiday during early staegs of game when everybody is interested.