Here is the problem I’m experiencing…
Just after building a trade post at a Jesuit Mission with my explorer, I tasked him to go somewhere else. After some time I noticed that my explorer it is still in the same place and after checking his position, he was stuck inside the Jesuit Mission trade post. 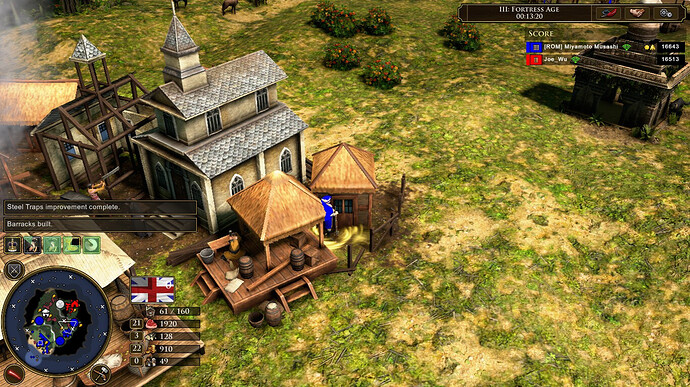 A post was merged into an existing topic: [AOE3 DE] [BUG] Troops getting stuck in the ditches, cliffs, Water, buildings & Native Settlements