Hi all, I decided to make the Teutonic Order into a faction using the AoE4 faction format for fun! I know the Teutonic Order falls under the umbrella of the HRE so perhaps some mechanics could be used to make the HRE a less generic faction, or even use the concepts for another civilization. TLDR: Powerful but expensive military, has to rely on cheap defenses to survive and deny the enemy resources, then uses deathball strategy to crush their enemy. 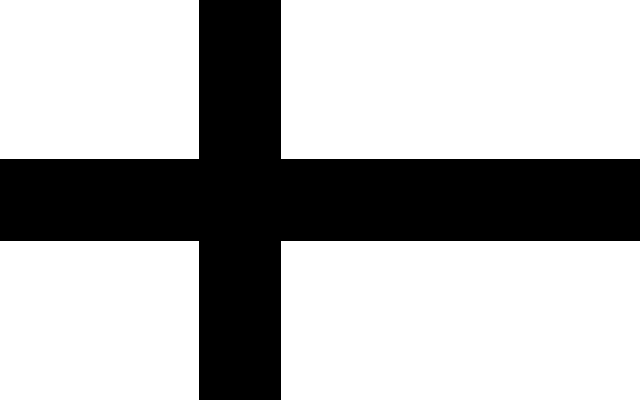 The Germanic Templars offers a strong but expensive military, and fields the feared Ritterbruder. Enemies must face off against a slow faction with a menacing army. Keep track of your surrounding lands, or risk losing ground to static defenses.

Expand into hostile and uncharted land, leaving behind a vast network of defenses. Castle Towns are the primary center for the Teutonic Order. Villagers only need to start the building process of a structure, the structure will build itself over time.

Far from their homes, people who partake in a crusade require vast funding and support, however the members are mighty elite warriors of faith.

Use outposts to not only defend your people, but to offer them a place to rest and recover along with gaining Herbal Medicine for free when advancing to the Castle Age(III).

Ritterbrüder (Technology):
Teutonic Knights increase armour of nearby Infantry (Melee and Ranged) by 1/1.
Does not stack (Multiple knights still only give 1/1). I hope to see the iconic Teutonic Order come into the game as either a skin for the HRE or as it’s own faction, or as a basis for another unique faction. Thanks for reading! If you have any ideas for a Teutonic faction, please leave a comment! I might add it to the post!

I would prefer just having a Teutonic Knight unit added to the HRE replacing the generic Knight.

The HRE is already defensive and focused on religion.

Thanks for the comment! I agree, the HRE could use the iconic Teutonic Ritterbruder!

Ritterbrüder (Technology):
Teutonic Knights increase armour of nearby Infantry (Melee and Ranged) by 1/1.
Does not stack (Multiple knights still only give 1/1).

The Teutonic Knight is practically worse than a generic knight (like the English one) if you compare cost/performance but with the unique technology they buff other units which makes them a lot more useful.

This reinforces the Infantry focus of the HRE while also giving them a cool knight unit.

I think it could be a civilization modeled on the Crusaders in general - perfect for the Saladin campaign. For example, this civ could have such Unique Units:

wow great post well thought out, will be nice to see some siege focus, as Teutons were very good at sieging towns and castles.

That means a lot to me, I spent two days planning this civ layout. Granted masteries took the most time and thought.

hope we can get mods fast, so something like this can be attempted

I really really like you ideas and I would love to see a civ like that in action or at least partially implemented into the HRE. But if it was a standalone civ, what eco boni would it have? Or are there none? They should also get a signifcant bonus when they carry a relic with their army. This should have been a thing for the HRE already. But it would also fit to the Teutonic Order State.

Thanks for your post, ideas and links to other threads.

Just thinking out loud, the Crusader States could have an unique age up mechanic where you gain access to the different order’s units and knights (like teutonic order, templars etc.) by building their specific HQ landmark.
Additionally similar to the Chinese, you can build both age specific landmarks to start a crusade, gaining additional bonuses.

This is a great idea

Thanks for the comment! And honestly their only eco bonus would be the stone trickle and the idea that raiding them should be a lot harder to do. If I gave them cheap defenses to hold off attacks and eco bonuses they might be a bit too powerful. Also they already get a free technology and 15 free units from aging up. As for the relic, maybe it could give units in the conversation area a massive bonus. So not only could you convert, but when you press the button it also gives your units haste and armor or something like that.

The relic bonus should have a duration, tho. Because it would probably be pointless if it only worked in the area. So a 10 sec buff maybe, but only for units that were in the area when the chant/cast was started. This would help the army to storm into enemy lines and could prove quite useful.

I like your well-designed camp, and I also like the historic Teutonic Knights. In a way, I really want to see him unfold as an independent camp.

But back to reality, if you open an organization with only tens of thousands of people as a camp, then many problems may arise; since the Teutonic Knights can become a camp, should the Knights Templar and the Knights Hospital also appear? In history, there were so many military organizations or special civilizations, with tens of thousands of people. Are they also clamoring to appear in the game? Maybe it can be used as a special camp attached to the camp of the Holy Roman Empire (just like coh chooses the commander). I even sincerely hope that he can become an independent camp, but if I were a game producer, this kind of attempt would undoubtedly bring a lot of controversy and trouble.

Best would probably be a HRE merger as this civ feels unfinished and lackluster in so many regards. But that would have to be in line with new stuff for other civs as well as the amount of the Teutonic Order would blow the civ diversity out of proportion and too much in favor of the HRE in comparison. So it might be part of a DLC? I also expect campaigns for all 4 other civs and maybe they all get something new with the release of their campaign. It does seem to me that all the civs that have a campaign since release are and feel much more polished than the civs that don’t. Prelate, scholar and imperial official mechanics all need improvement as they are very user unfriendly.

I was so upset when Teutonic Knights or Ritterbruder where not featured in the HRE. I mean they are an iconic staple of the AoE2 game and even featured in the forgotten AoE Castle Siege mobile game. Instead we got historically inaccurate two handed gothic maces Lord of the Rings style.

Same man. I feel you 110%. I just don’t get why the civ was designed as poorly as it has been. There is soooo much that could and should have been done. Relic has to do a lot more for the HRE to have it resemble anything close to what it should be. They are skipping the Teutonic Order stuff, because it will be in a dlc. They have to. Or they will have a huge chance missed. AoE 2 got the Ritterbruder now, but only as an campaign enemy unit. What a freaking tease. And then AoE 4 didn’t bother at all with that direction. They cannot be serious. I’m cereal!

If I could get an Armello skin mod, I would be in paradise. Rabbit clan HRE skin would be so freakin cool! Granted its a small indie game so I will probably have to hire someone to make such a mod. I just hope they add official skins to the game eventually, I want to support this thing with more money. Perhaps I will make a post about that eventually.

There already is a topic about finishing the HRE. Some of the ideas for this Teutonic faction could be included in the HRE.

The Teutonic State as a separate faction would make no sense, as the Teutonic culture is already included in HRE (or should be).

HRE - Uniqueness, mechanic and army rant. There is a lot of potential lying fallow IV - Discussion

This is a text I used in more than one occasion now, but I want to make sure as good as possible that Relic sees this as this is on the one hand about the HRE, on the other hand, however, about the game design in general and the illusion of difference. The HRE just best displays the lack of unique army mechanics and the little thought that went into it. I am not trying to shittalk the game, but instead want Relic to acknowledge that there is a lot of potential to be used for AoE 4 which they hav…

Hey there, thanks for your concern. Although my post does call on several aspects, to its core is base faction idea which I hope can be used for more than just HRE as I stated in my reply to a developer in another post. Such as using the cheap towers mechanic for a Korean civilization or any civilization added in the future. It just happens to be centered around my favorite AoE2 faction which could fall under the HRE. Also I believe it is not so farfetched that a Teutonic faction could be added. I have proven the concept is unique enough, even having unique landmarks and masteries, as well as seeing how the Teutonic Order became its own animal despite being linked to the HRE and Papal States. They impacted all of the baltic during the focused time of AoE4 which I think is deserving of some kind of acknowledgment. Getting in conflicts with Novgorod, the Danes, the Poles, Cumans, and local polytheistic groups.