Fog of War could need some updating

Playing some other RTSes made me kind or realize something. The Fog of War in AoE4 is very lacking for a game in 2021 and… I can’t think of a reason for it to be the way it is. Performance maybe? simply give the option for people to change it if they’d like.

Here is what I mean. Here is how AoE4’s Fog of War looks. Notice how it seemingly updates in ticks?

Maybe you’re thinking “I never notice, who cares, it doesn’t matter”. And to me, it is one of those, you don’t know how bad it is until you see something better. So, here is something from AoE3 to remind you what could be.

AoE4’s Fog of War kind of becomes an eyesore after seeing this, doesn’t it?

EDIT: If you pay really close attention to AoE3’s Fog of War, it seems to have a tickrate as well. But, it blends together instead of phasing and unphasing suddenly, which looks much more appealing to the eye. I’ve not developed for either game so I don’t know if they are utilizing the same principles; what I know for sure is that AoE4’s FoW could look better.

Could be a performance thing. Age III being from 2005 and not having to do nearly as much. If it’s DE, it’s a 2005 game that benefits from effectively being developed twice.

(and before this gets derailed into Yet Another graphics thread, there’s more than just graphics to consider)

far from performance thing, here’s whats going on based on how stuff like placement and map generation work
aoe3 has free place and no forced grid in place which allows for free building placement and for fog of war to unveil in a smooth manner with no sudden jumps
aoe4 meanwhile is using aoe2 like grid system, but grid itself is less dense in 4, small jumps occur when tiles are unveiled in 2, same with 4 but those jumps are bigger as the grid isn’t as dense for map gen. or building placement, the only exception being the walls which divide each tile into 16 or so smaller ones
as for that fog effect, thats smt devs aren’t particularly open to getting rid off, unless they do this: 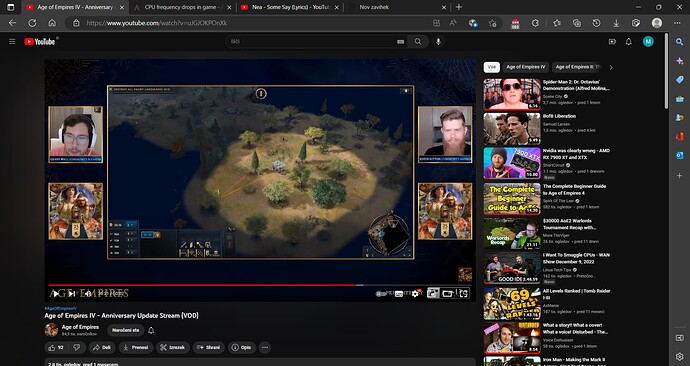 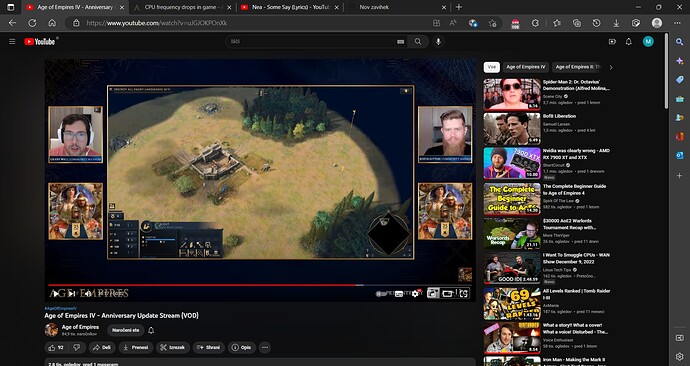 Age of Empires IV - Anniversary Update Stream (VOD) - YouTube in ## # ###### – Osebni profil – Microsoft​ Edge 10. 12. 2022 15_06_291920×1020 189 KB
i don’t see any fog on the image from anniversary update stream, so this imo suggests we’re looking into another case of developer not implementing certain settings outside of dev only versions of the game, along side zoom levels and angles on these 2 screenshots
back on topic, i highly doubt the bigger grid has anything to do with performance, instead it was done so i assume before any building or any other asset was made, right at the start of the development, not exactly smt you can easily correct now
Seriously：The size of the aoe4 house is too weird!
ArrivedLeader22 December 27, 2022, 8:28pm 5

I think people are asking for too much. 3D graphics is a very new thing. There are a lot of hidden technical difficulties that you do not know and I do not know that need to be addressed. It has a lot more potentials though. Don’t be too demanding on something brand new. Give it 10 years and 3D games will perform smoothly just like the very mature 2D games or even better.

sarcasm at its absolute finest lol

If the case is that the Fog of War is operating on the grid system much like say, a 2D sprite based game like AoE2, then I think we have to ask if that is a reasonable decision and if this could reasonably be changed?

Given the footage I linked above, can we agree that the AoE3 clip looks better? If so, is it reasonable to ask for them to change the current Fog of War in AoE4? I think this probably depends on the amount of work required, but the pay off seems pretty big.

If walls do not hinge on the grid system for the sake of aesthetics or whatever, I think we can also ask for a Fog of War that is more dynamic as opposed to what we have now. And if it is not dependant on the grid system but rather an issue of how often it refreshes (tick rate), up that baby so we can get it looking smooth.

As for the images you posted, I honestly can’t tell if they have tuned down the fog. You can obviously still tell there is fog to the upper left of the first* image, but has it been reduced? I can’t tell anymore, but I do wish for them to take another pass on environmental details like that.

that second screenshot in regards to fog stands out to me as you can’t actually zoom out that far ingame, and if you do so with cheat client, the fog starts to conceal the ground at this level, its not this clear
note: i don’t endorse the use of cheat clients, but for research like this in singleplayer it can shine some light on more unusual scenarios

I had to correct myself above as I did in fact mean the first image, you can see the fog and godrays in the distance. Sorry!

how can someone even suggest its a performance thing after seeing this? lmao

the fog point still applies to both,
on one end, you can’t replicate either camera state in game, but the fog shown above is maybe 50% of what is actually ingame, if you replicate these positions with a cheat client, you don’t see nearly as much, until you also disable the fog, which can be done with some clients, again, this is off topic, we should focus on how fog of war behaves
how its coded in, and what could potentially be done to improve it, personally i’d use the wall specific grid for fog of war uncovering, it’d look far smoother

Make a dice roll:
1: Please do not personally attack the devs.
2: It’s not a problem but just a difference in personal preferences.
3: It’s more complicated than you think.
4: It’s an intentional design and a good one. There is no need to change.
5: They are very aware of the problem and will fix it very soon but there are other priorities.
6: Pick on wordings and grammar.

I’m not sure what you’re trying to get it at, but I love this comment.

1: Please do not personally attack the devs.
2: It’s not a problem but just a difference in personal preferences.
3: It’s more complicated than you think.
4: It’s an intentional design and a good one. There is no need to change.
5: They are very aware of the problem and will fix it very soon but there are other priorities.
6: Pick on wordings and grammar.

how can someone even suggest its a performance thing after seeing this? lmao

edit: unless you’re trying to respond with a joke manner then that flew over my head till now.

edit: unless you’re trying to respond with a joke manner then that flew over my head till now.

I’m trying to explain “how someone can even suggest its a performance thing after seeing this”. This is the thought process by which such responses are generated.

I actually thought your first comment was serious, the one about “give it ten years”. Not because I think you’re crazy, but a lot of people are unironically defending insane positions like that so it is hard to tell these days.

Your other comments make a lot more sense now. That is some good sarcasm.

lol. it sums up every pro aoe 4 elitist comment

I think if it is a problem then it is a problem, especially when there are good examples that do it better. Pointing it out would only help the game. If some do not think it as a crucial problem they would just ignore it.

But some people on this forum immediately mark this as an attack and find a million excuses for it, instinctively.

It is very true that AOE4 just like any game might encounter some unique technical difficulties, serious or trivial, in implementing certain basic features while other games do not. That is common sense that does not need to be iterated, unless one can directly name what that difficulty is.

But I believe if the devs really wish to they can come up with a solution sooner or later, just like how they have already improved a lot of minor features (every single one of them was given an excuse or two before they got fixed though) since the release. I believe in the dev’s capabilities, but one who keeps preaching “no it is very complicated you cannot complain” might not.

This response is serious.

I actually thought your first comment was serious, the one about “give it ten years”. Not because I think you’re crazy, but a lot of people are unironically defending insane positions like that so it is hard to tell these days.

Your other comments make a lot more sense now. That is some good sarcasm.

yea that applies to me as well

sarcasm is strong with this one