There are numerous French translation issues.

The text is translated correctly.

Hello, all of the previous is still absolutely relevant, and the developers really could address this. I am adding a screenshot to illustrate at the same time the Spanish blacksmith bonus problem and 1. 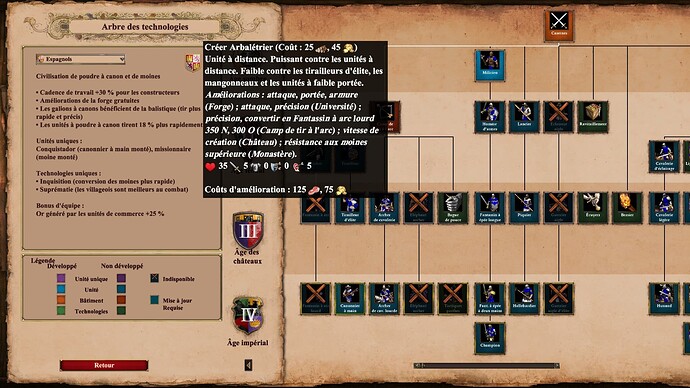 Unrelatedly, I think it would be fantastic if we could access the full Tech tree of all civilisations as displayed in game, with all game languages, on the AoE site.

Thanks for the reports! I have made tickets on these issues

Another: The text for taunt 21 reads “joile” instead of “jolie”. 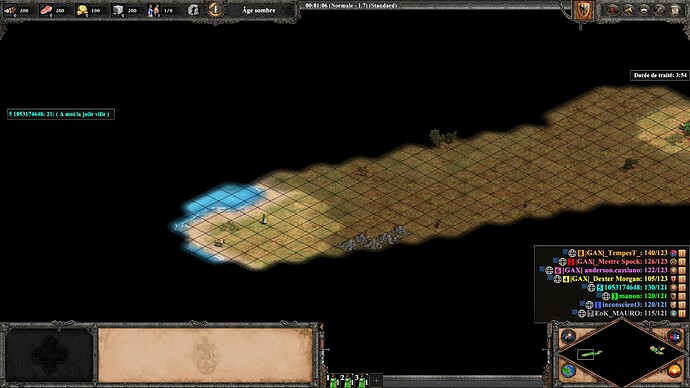 French and Spanish localizations are faulty. What do our friends from the rest of the world can say about their localizations? 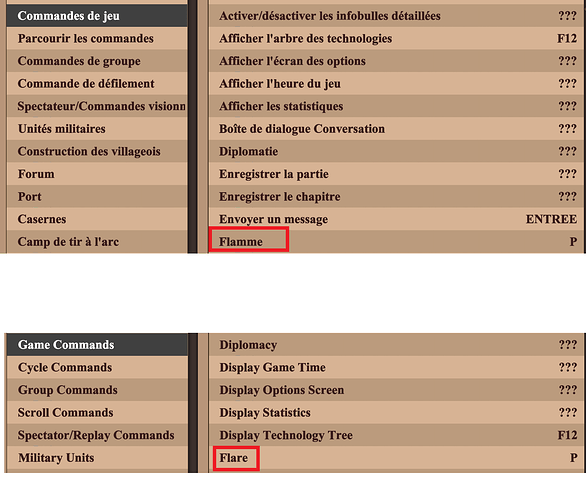 image1374×1171 170 KB
We should also talk about the Ping / X shortcut, called Flare in English.
In French, it’s translated as " Flammes " which means… Flames… Without any meaning in FR for the requested action