Hey guys. I am trying to use AGE to “Fuse” two units. Such as layering a units graphics onto another unit. In this case i am fusing a horse to the front of a Hussite wagon. In graphics, how do i make it layer, instead of replace?
I kinda messed with the damage graphics cause its pretty simple to overlay them, but that requires the unit to be damaged to show the overlaying graphic… Any suggestions are welcome.

Okay, i have successfully added the horse graphics to the Hussite wagon, but the horse always stays on one side of the wagon, even when turning… 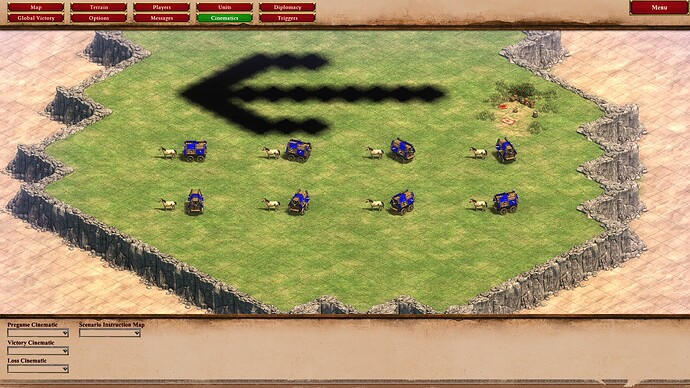 So the wagon is the base unit, and the horse is the attached graphic. No matter what direction the wagon faces, the horse gets drug along in place.

Oops. My bad. I messed up. For the sake of display, i didn’t even connect the wagon and horse graphics, cause i didn’t want to have to re create the new unit at the moment, so i just placed them next to each other in the way that they behaved for the pictures sake, except i didn’t “Turn” the horse like it did when i tried the actual layering. I will resend a screenshot of what it actually does. 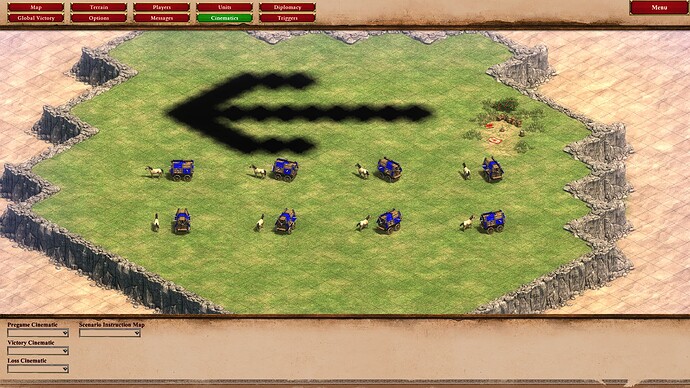 based on the 2nd screenshot, I am pretty sure what you’re trying to achieve isn’t possible with just simple layering via GENIE. you’d need to batch edit the frames with slx studio with it’s fx feature.

Okay, thats what i was afraid of, but i just had to confirm my suspicions. Thanks for your help mate!

it’s not so bad. both units only have 16 angles and it may take less than an hour with some adjustment to get it going. once you get use to it, the next time will only be easier.

Okay, i will give er a shot.

16 angles, maybe. Hundreds of frames, definitely. And combining those in a way where you aren’t visually skipping frames for either unit could be a problem. Not to mention the fact that you have to do it for every animation, and there’s anims for idle, attack, move, and death. And that’s assuming you aren’t doing UHD.

I will watch a bunch of tutorials. Thanks man! you’re a great help.

It’s probably not going to be easy. Also, unless you backed up the entire graphics directory for the game before the graphics format switched from SMX to SLD, you’re screwed, unless you can find the old SMX graphics somewhere. Hope you have gigabytes of free space.

nah. the FX function literally does it for you regardless how many frames there are. I have done building destruction combination before and it works wonder, you just need to sort out which goes above which and cut away the pink background and shadow.

new thing is always going to be time consuming as you learn it. once learnt it gets faster and faster the next time you do it. Oh, really? Ok, I can’t say I knew about that, but then again, SLX isn’t really one of my strengths.

. It could have been an actual tank. Or a sci fi construct, like Star Craft. Oh well.

it switches mode between ballista and bombard cannon 11. its the old task swap like villager instead of the new switch button that was introduced with ratha.

Yeah, but just the fundamental design is nothing like how I would make it. 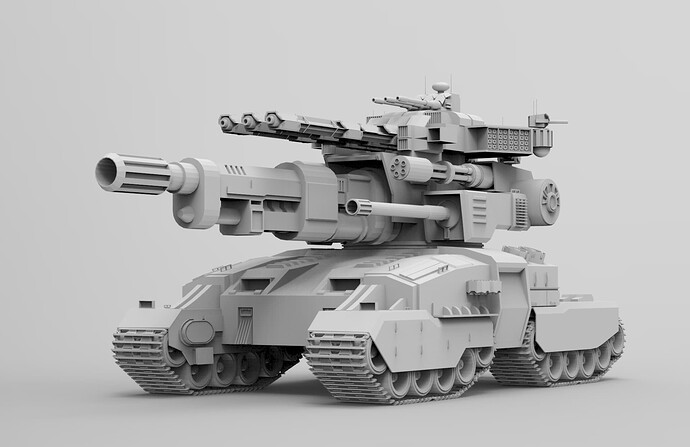 image1920×1246 89.1 KB
This is the kind of tank I would lean into. Heavy duty, modern/futuristic, designed to kill anything and everything in its path. Wouldn’t use the base game projectiles, it would need a custom one, depending on what you want to do, either shells, or some futuristic projectile. That’s the immediate connotation of a siege tank for me.
thieftdp8498 October 28, 2022, 4:21am #19

that looks way to sci fi for this game. the tank I did wasnt from 3dmodel, it was me editing 90+ frames and copy/paste wheels and editing enlarged flamethrower in photoshop 11

that looks way to sci fi for this game.

Exactly, a tank isn’t part of the game. So to my way of thinking, the sole purpose of adding one is to make it an almost unstoppable weapon, capable of wiping out armies.