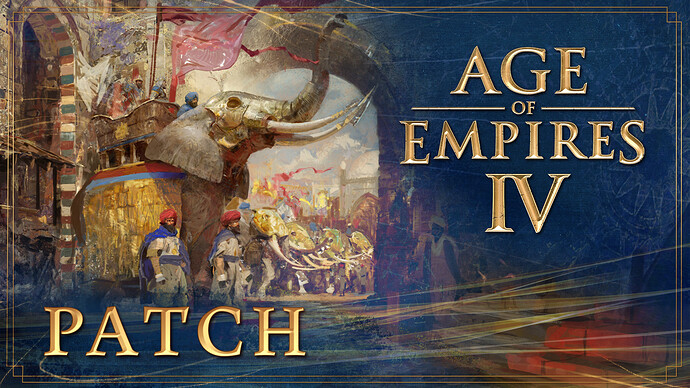 Patch 11963 is releasing later this week, and we're here to provide a preview of what's to come for Age of Empires IV!

Rejoice and be thankful

all of that sounds good to me

Man, I was not expecting the patch to come so soon, and i am even more happy about the upcoming changes.
Seriously devs that looks like a pretty dam good patch! From the wonder cost to the adjustments to the mongols.
Devs if you are seeing this, really nice job with the patch!

I finally don’t have to worry about my allies going for a Wonder when all we have to do is rush.

This is great news! Wonders cheese might become a thing of the past!

These Chinese patchnotes sound extremely promising! As someone who has criticised the Tax collection ever since stress test I am pleased that the developers have decided to finally incorporate my feedback and that of all the people who suggested the same. Finally Tax collection is no longer a gimmick but an actual civilisation bonus with a noticable effect!

Also I can’t wait to finally play with less-bugged Nest of Bees. I’m still unsure if this change is enough, since there are other issues, for example a Nest of Bees taking only 2 springald attacks vs 3 springald attacks for a Mangonel unless its build from the Clocktower. This forces players to only build Nest of Bees from the clocktower. Or the fact that so many of their attacks miss and they always deal less damage than the Mangonel in practice. But we have waited since stress test to finally get bugfixes for this unit so I don’t want to complain.

Also thanks for finally unlocking all units and buildings from Dyasnties! This was extremely frustrating and one of the first feedback I gave since stress test. These strange limitations had no place in the game.

I hope we will still see some Landmark adjustments for Chinese in the future though. But atleast they have received the neccesary changes which will hopefuly mean they are once again viable in competitive play!

But indeed is a good patch for those who play MP!

Wow, finally, the launch bug of Nest of Bees has finally been fixed. As well as tax enhancements and the ability to collect taxes for Imperial College, this is an exciting change!

Mongolia’s too strong has also been fixed, it seems that the developers are always following the articles on the forum, they just choose not to make a sound and silently modify it, well done!

With this update my confidence in AOE4 has increased dramatically, even if it’s a bit slow, but each update so far is moving in the right and not rude direction, and I’m looking forward to seeing the game’s full balance.

I like what I read. keep up the good work, and please kill off bugs and matches crashing/dropping.

every time I try and play aoe4 multiplayer, there is a 75% chance game will crash and no results will be recorded. big issue I’d like to see addressed.

Looks like an excellent patch, and I’m even more excited for the Spring Update! Keep up the great work devs, and thank you for your efforts 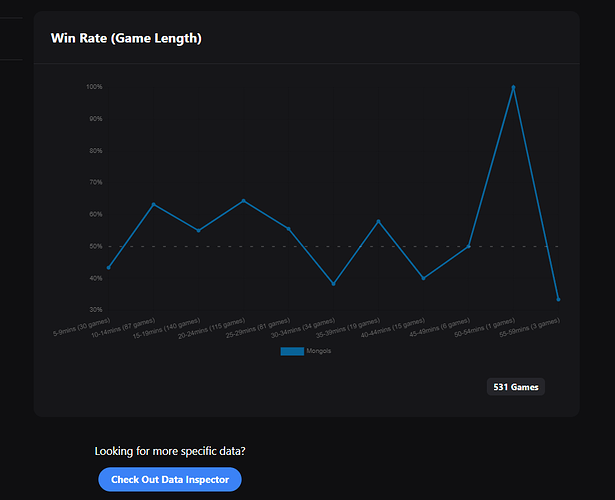 The NoB gets fixed. That makes me extremely happy!

Thanks devs, was first expecting this with the spring update.

could be a good patch.
I will have to see how it plays before really commenting on it.
Dont think the Mongol nerf will be enough to knock them from s tier. There still going to be top s tier civ

Upcoming patch changes are what looks exciting. hope the spring patch comes sooner then later. Dynasty changes for China for one is huge and much much needed.

Spring update must have the “quality of life” fixes thou. Map blacklisting. Color picker etc. We needs this Relic.

hmmm not hotkeys still? I am just waitng for this feature to return to the game and play it most than AOE 2 DE

This happened to me after each patch but deleting 30 gb game files and reinstalling the game fixed my game.

But I still wish to see a new civ in near future.

I am happy with the patch, look forward to enjoying it when the patch is released

Nerf of wonder is a good idea. But I thing maybe wonders should have different cost in different maps (and size of maps).
Nerf of stone wall is good.
NoB fix is a good thing. Buff IO is also a good thing. This will make China playable, but still can’t change its great weakness in early game.
Nerf of Delhi is ok. It should not make the civ weak again but can make the great snowball smaller.
Nerf of Mongol is ok. But it will not change the fact that Mongol is still strong in early game. Ovoo’s free stone is great, but what’s op is its double army ability.
If they really do what they say will happen in the next patch, things will change a lot. Abbasid will definitely get buffed, and Chinese’s early will become playable for saving wood on house and can build tower then to defense. I wonder how will they change HRE, a civ with strong eco but weak army is always hard to design.
Btw, English is still missing, but maybe they don’t need great change.

All in all, the patch is good. It showed us that relic is actually doing something, at least not having vacation in Hawaii 360 days a year like Valve, Mihoyo or Paradox.

Let’s see how many players go back to this game. Already so late. It’s around 20 - 30 bugs and fixed ones. Critical bug is de-sync, disconnect still not mentioned.

@RadiatingBlade edit: Be respectful towards other forum users, including the developers, per the code of conduct.