I don't care about siege not having little men around

Felt the need to make a thread about this, as I see way too many people complaining about it. Maybe you’re not familiar with the genre, but this game is an RTS. If you want to be immersed in medieval warfare, maybe you could give the Total War series a try. That’s closer to reimagining battles and the atmosphere on a battlefield, and there’s very little micro to stand in your way. RTS is not about watching little men reload a cannon, it’s about duking it out with your opponent in a battle of speed and wits. Realism is secondary in an RTS, so abstracting certain elements is allowed, be it siege engines not being manned, or units not being ants in front of buildings for the sake of realism. You are asking for the chess knight to have a rider, or the rook to be 10 times larger than the knight.

Realism is secondary in an RTS, so abstracting certain elements is allowed

Okay, now I understand. Well, then why not make different colored cubes run into each other? Those unit graphics are just visual clutter anyway.

I fully agree, bro! AOE2 cube mod is the future we should be heading in!

Are we appealing to extremes now? Should I reply with a picture from a medieval movie scene to make my point?

So, I am 35, I have played RTS since 1998, I played a lot age 2 (casually) and eventually moved to other RTS like Dawn of War, C&C, War lll ( comp) coh2, all of these games I witnessed how they improved graphics over year, more details, more inmersión and more realistic view, by looking at your post, if I like that in a game then I don’t know about RTS? I wonder if the only RTS you played is age… It seems that many here never opened their window to the see the real world and see the RTS evolution over years. We are in 2021, the less I expect from age IV are immersive and good graphics like original devs for age ll tried in 1999 ( with time limitations of course ).

Omg, yes, show me the scene.

It must be damn good, for you to, show us something equivalent to the cube mode. If you want to be immersed in medieval warfare, maybe you could give the Total War series a try

Siege towers and rams move at their own there too D:

I care, because aoe4 is advertised as historically accurate game.

Duking it out is but one part of the game. Campaigns, scenario editor, single player matches are a huge part of AOE and is majority of what many players have grown up with. The historical aspect of the whole series.

These online multiplayer stuff is so recent compared to how long AOE has existed. Before we played with friends by connecting blue wires from one computer to another or through super old DSL internet that disconnected when someone used the phone.

Hence why Many AOE III kiddo’s might really be into the whole basic texture vibe but people who loved and breathed AOE from its launch are different. Because they know a huge player base are the people who play the non multiplayer.for those people who play campaigns or hours long games, details are so important.

And omg is the game so bloody expensive. Games at that prices reasonable giving their Fanbase the most surreal experiences they can give. Going above and beyond in detail. Even the cartoony games compensate by adding a tonne of detail in their characters. AOE II DE and AOE III DE have been soo successful not because the developers made it more cartoony or more basic. It’s beyond me how people can be satisfied paying so much for the most bare minimum in a game of this era.

I’m not made out of money and I wouldn’t complain if they game was cheaper but I don’t see why AOE4 costing the industry norm for new games is so controversial. You get 4 full campaigns with over 30 missions, 8 unique civs and deep game mechanics to allow for a diverse myriad of strategies and gameplay styles.

Because mechanics, campaigns and gameplay is the absolute basic of being a aoe game. What every other games gives, whether they be cartoony or not, is details, textures, so much more than a basic game. I have never played any game with such underwhelming textures before except for online chess.

The issue about this game is the only thing that matches every other game of the same age is the price. In terms of the amount of detail and effort put into a game, this game is absolutely the lowest budget with the excuse of readability.

The norm is set by overall quality, not by boxes ticked in your marketing department (has X campaigns, Y missions and Z civs, …), not by being produced by M$ money and not because it has AOE in the title.

I really don’t understand that way of thinking…it’s so self destructive towards being a player and consumer. It just sets you up to being exploited for no benefit on your end.

Mate I get what you’re saying but siege engines are inanimate objects, that are moving and operating on their own in the world, it’s just jarring. While we’re at it we may as well take out unit models altogether and just have floating swords and shields fighting each other. It would look SO much better(and be easier to identify which team/player they belong to) having units pushing and operating it.

Your post comes across as “I don’t care what you think, my opinion is the right one and clearly the devs chose my point of view to develop the game so suck it and go play something else”.

Unmanned siege looks like possessed inanimate objects. I hate it. Your opinion is just that, your opinion. Same as mine. I hope at some point the devs cater to both audiences but I doubt it.

An RTS can be realistic or not, same as with racing games. That’s probably the worst part of your whole take.

And omg is the game so bloody expensive. Games at that prices reasonable giving their Fanbase the most surreal experiences they can give. Going above and beyond in detail.

Can you name a game at this price range that gives surreal experiences with regards to graphics, and is inherently replayable?

Maybe you’re not familiar with the genre, but this game is an RTS. If you want to be immersed in medieval warfare, maybe you could give the Total War series a try.

So because Age of Empires is a Real-Time Strategy game, we’re not allowed to be immersed with the surrounding environments? Well, why limit to only RTS then, why not First Person Shooter like Battlefield or Call of Duty where you only point and shoot. 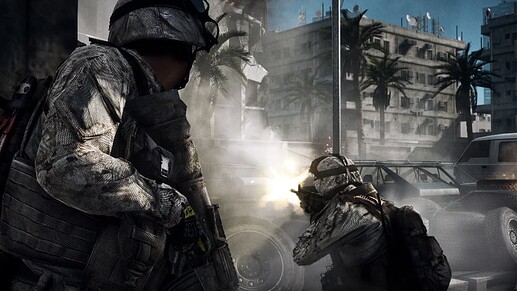 What about fighting games like Mortal Kombat or Injustice? You’re just mainly smashing buttons to beat your opponent, so why would anyone waste time so intensely staring at the details? 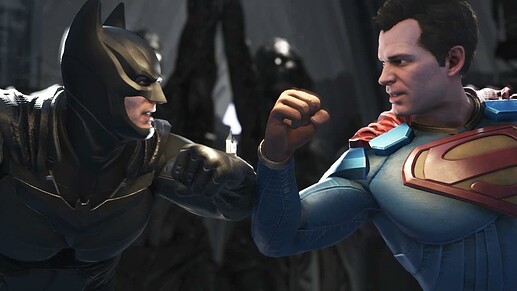 What about racing games? You won’t be able to focus on the road while driving 80 mph. So why should anyone expect any decent details in that game. 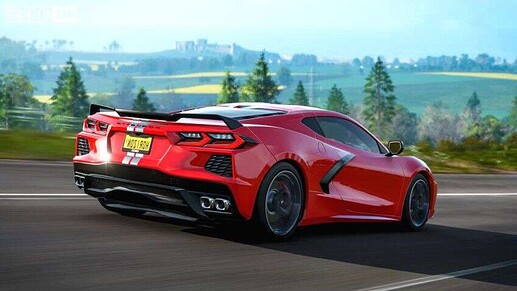 I’ve already mentioned this in the other thread, but I also believe that there are some games which are better off avoiding realistic graphics; Nintendo games like Mario and Zelda comes to mind. But since Age of Empires IV is a historical game sets during a medieval time period, the natural frame of reference would be to make it appear more surreal and gritty, as oppose to colorful and cheerful.

I should also note that had Age of Empires IV been a spin-off, similar to Nintendo’s Age of Empires, I honestly wouldn’t mind because it does look very enticing in that form. But as a successor to the main series where each title tries to outperform its predecessor graphically, I honestly can’t take it seriously. The graphics resemble closely to Age of Empires III except in medieval-era, which isn’t necessarily a bad thing, but considering that Age of Empires III came out over 16 years ago, it doesn’t really hold any weight in water. 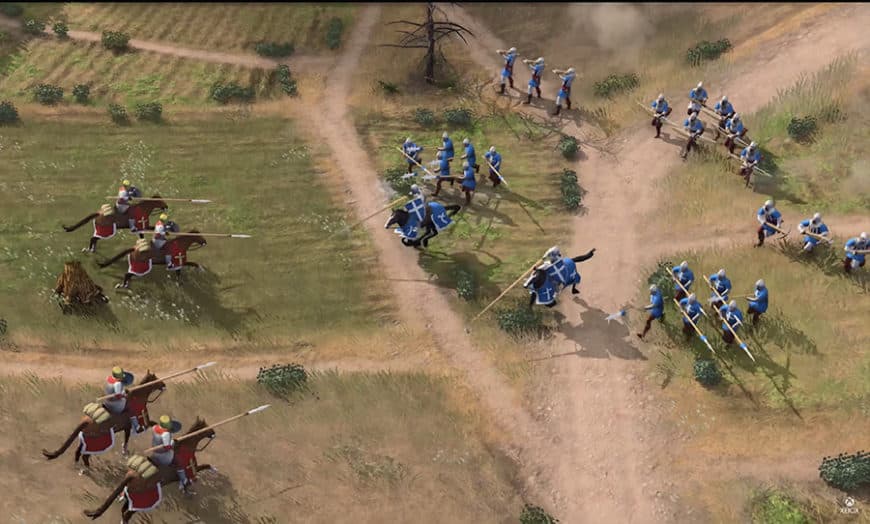 Take this into consideration, Manor Lords is an upcoming Medieval game developed by only one person and it craters to what most wants. How is it that a billion dollar company like Microsoft failed to realize the consumers expectations? 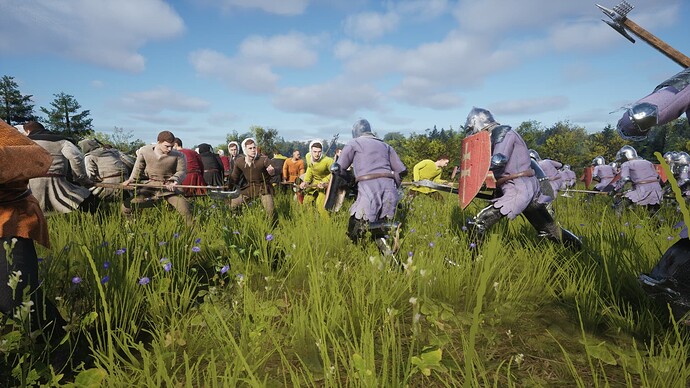 Yeah, that is right!

You seem to be looking for a different type of game. RTS is not about roleplaying, as opposed to your first 3 examples. And even in those genres that are games that are about competition and not roleplaying (just look at Valorant, or Smash Brothers).

Manor Lords looks brilliant for a city builder, and it’s great if you’re looking to relive a certain era, but RTS elements (or rather RTT elements) are only there for you to contemplate and reimagine the battles.

Just look at all those different skins for the same unit type. That’s a huge red flag for any RTS game.

That will probably not matter much though when you realize it has a Total War-esque battle system.

It’s an order them to fight and look at them go type of game, not an RTS.

Yeah I couldn’t care less. And there are valid arguments for not having siege crew. I’m surprised some people are so passionate about this specific thing. Really I think that mostly people just like to complain about something.

That will probably not matter much though when you realize it has a Total War-esque battle system.

So Age of Empires should look like a Fortnite cartoon version because it’s not a Total War-esque? Why couldn’t Age of Empires IV have similar graphics as well? What is physically preventing it from doing so?