Malta insignificant? Ottomans wanna have a word with these people

Sure, malta is pretty fit for AoE3DE.

Btw, I wish Hospital, the Maltese barracks, could have some small changes, such as replacing the large table in the middle (operating table?) with a bonfire instead of just a coloured field hospital.

Gameplay wise they look really fun to use, I always like to see more civs that focus on defense so for me malta is very welcome. Yes some stuff is re-used but that stuff also fits well with malta so why not, the commandery is especially interesting and the units I love, particularly the hospitaller. The order galley will be very fun to use I imagine.

Frankly I want an official statement why Maltese were added instead of any other Major option.
Demand for Maltese were almost none.

If you were to choose 2 civs? (Possible European DLC) III - Discussion

If a new European DLC comes and if you were to choose 2 civilizations, which combination would you pick? poll

Because Malta is basically Knights of St John but retooled?
Also Malta just don’t represent Malta but Knights Hospitaller who were VERY important order in European history… they helped to create crusader states after all.

I am actually very excited about Malta. I always wished the campaign assets to be playable. Blood campaign was the last remaining one to be added.

Im super stoked for Malta honestly, it is such a wonderful homage towards the earliest roots of AoE3. The first campaign that we got to play, also my favorite campaign thematically.

This is a dream dlc, that brought me back to aoe3. Some hate it, some love it. But it is here to stay no matter what!!

Regards to you all.

Since some of the new native techs cost 1000+ coin I think native lore may actually be a useful card. Would probably also be really useful with the tech that advances you to imperial.

I’m generally excited for the DLC and what additional features it could bring to the game, but I also have some concerns and objections with the Malta design. I find it’s generally cool to have them, and I’m familiar with their history as I worked on a mod about them for Empire: Total War.

People have been talking a lot about this sort of “Lamb of the Lord” unit that can accompany the Maltese explorer, which I don’t really like. Firstly, the Lamb of God in liturgical Christian denominations like Catholicism is not a physical entity: the Lamb is the symbolic representation of Jesus’s sacrifice dying on the cross. I find it crass to depict this symbol as just some unit that can get attacked and shot at, and sent around at orders to please the player.

They took out the Native American firepits because they were offensive and did not adequately represent the beliefs and cultures of the American Indigenous peoples. How, then, is it acceptable to mock and cartoonify a core belief of Western Christianity?

I also don’t like the way the unit models for Malta are shaping out to be, they look really out of place by the Industrial Age. The Knights of Malta existed as a military and sovereign political entity until Napoleon conquered Malta in 1798, and they kept up the military fashion and military organization of their contemporaries. They shouldn’t be wearing medieval garments and full-on armor like they do now. These are prints depicting the Order’s soldiers from the late-1700s, around about before the time of Napoleon’s invasion.

Line Infantry of the Knights of Malta 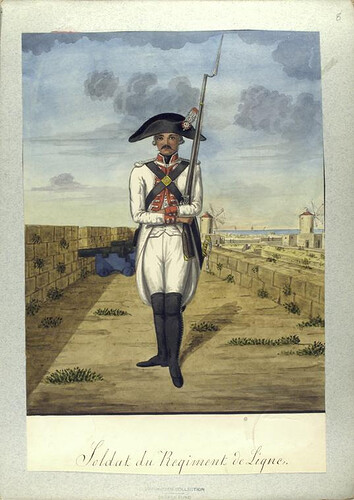 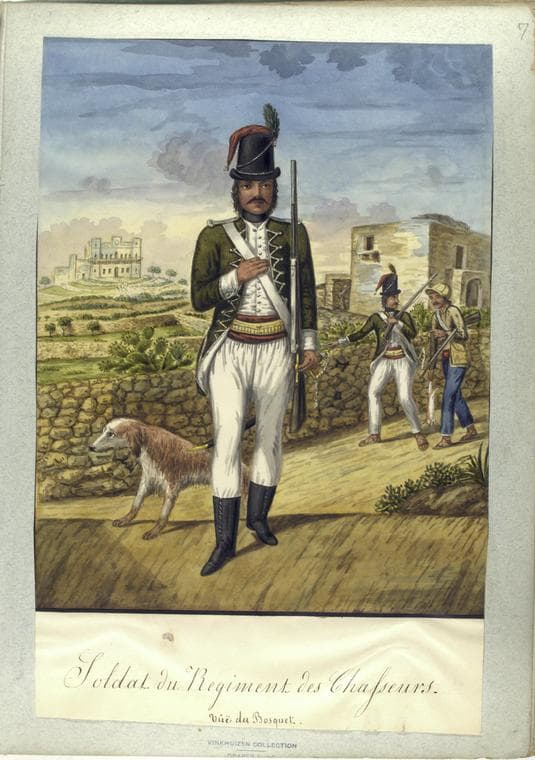 Agree with the point you raised mate but Hospitaller Malta didn’t fully meet the criteria of a sovereign state, as it was officially a vassal of the Kingdom of Sicily from 1530 to 1798

Although it did de facto was quite autonomous

Malta was ruled by the Knights Hospitaller, or Order of Saint John, as a vassal state of the Kingdom of Sicily from 1530 to 1798. The islands of Malta and Gozo, as well as the city of Tripoli in modern Libya, were granted to the Order by Spanish Emperor Charles V in 1530, following the loss of Rhodes. The Ottoman Empire managed to capture Tripoli from the Order in 1551, but an attempt to take Malta in 1565 failed. Following the 1565 siege, the Order decided to settle permanently in Malta and beg...

Tribute of the Maltese Falcon

The Grand Master of the Order of St John of Jerusalem had to pay an annual tribute to the Emperor Charles V and his mother Queen Joanna of Castile as monarchs of Sicily, for the granting of Tripoli, Malta and Gozo. There were also other conditions. The annual tribute payable on All Saints day (1 November) was one falcon. The grant was made at Castel Franco and is dated "the 23rd day of the month of March, Third Indiction, in the Year of Our Lord 1530; in the 10th year of our reign as Emperor, th...

I hope MS will not stop supporting AoE3! It will be sad to leave the game like that without Poles and Danes in Europe, without Persia between Ottomans and Indians, without some other fan favorite civs like Korea and Brazil.

Im normally for historical accuracy but in this case, they are more unique rather than being very similar. Total War works very differently as an example, this is more of a representation than a 1:1 historical authenticity.

Right, they were part of a general pyramid of power where they were technically under Sicily, which was under Aragon, which was then a constituent part of the Kingdom of Spain. I had actually found it strange how one of the preview screenshots showed Spanish soldiers assaulting a Maltese fort! The Knights in history were one of the strongest assets to Spain’s maritime policy on the Mediterranean Sea, especially in regards to protecting maritime trade against Barbary Pirates.

I only would wish there would be an european map that do not have the Royal Houses, not even natives nor trade routes, just a green plain with most natural resources around, like some kind of open battlefield like culoden or something

I’ve seen a video showing off Historical Maps. They raise a problem:

In addition to wholly new models (and two Italian buildings), these maps have made use of existing campaign models for special scenario buildings, which include the same ones that has been turned into Maltese uniques.

This is the Maltese Commandery, using the model of the campaign building SPCFortCenter Command Post. 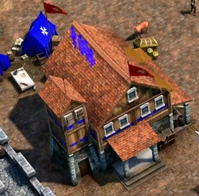 While this is the scenario building “Headquarters”, which is a shipment destination & militia site, and has scenario-specific techs to research. Yes, it’s the same model without change.

Worse still is the “Supply Cache”, a resource trickle building using the same model SPCXPAmmoStorehouse model as the Maltese Depot: 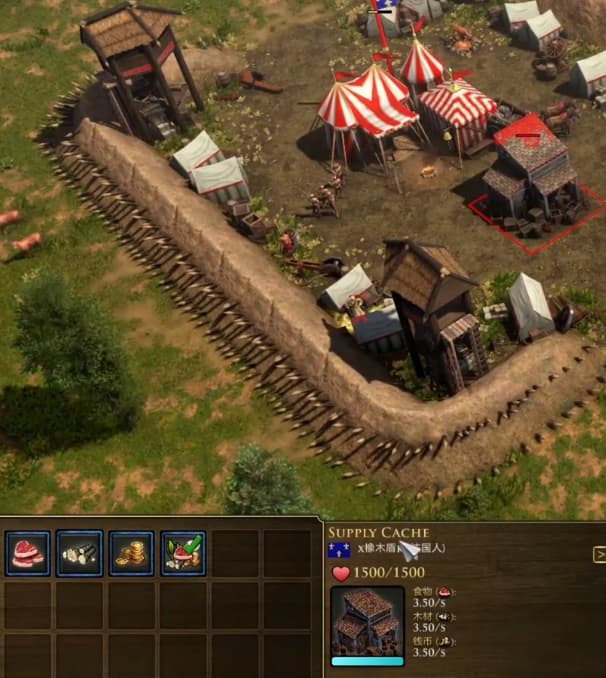 The Depot is such a uniquely destructive building that from a UX perspective, you want to condition players to develop a special reaction to it - either avoid or destroy on sight. The two are so different in function, they should not have the same model.

Like how the Maltese Hospital recolors the tent texture, ideally the Maltese uniques should have their textures recolored, both to make them more visually consistent with standard player buildings, and to differentiate them from special buildings, as we have seen above. That would be prudent game UX design.

Realistically how often are you going to be playing these scenarios that this is an issue?

They are replayable scenarios. The map generated will be different each time. And I think I’ll play them quite a bit. But still, I don’t think reused models will be an issue for me.

Malta feels like a mod( and ive seen better incarnations of a matla civ), and the modern Italian flag has no place in AoE III. This DLC is pure disappointment.