wait calm with the interest, (reals) and i got 150 plus interest every time ( yes i know that i could send an personal message dear microsoft but the problem is a thread that i think is only generating confusion and lost time)

if i give a loan of one resources the tax of interest must return (1 resource full or 2 half depends like resource/s you need.

Are you suggesting that the resources invested should give back +5% interest?

I’m personally not against it, but it has to be said that the lombards are already quite good as they are now, especially because they allow you to exchange resources at a 1:1 ratio. That’s something that no other civ can do in the game.

and for last for the xp i remember that are not them that change the game because your pocket contain only 25 cards and them remain , so better have more resources to advance your economy with autonomy that to be under the hc cards that could be a débâcle , if you can have a good eco with no use hc , this is the point , with the best structure as possible already organised like it should

More XPs means that you will be able to send those 25 cards way faster than others. It means that you can send more soldiers or more resources and in general you’ll have shipments earlier and more constantly than most other civilizations.

Also, this is a secondary effect of them converting resources, so you’ll get resources and XPs. For example, if I send the monte di pietà card, I’ll get food, wood and XPs, 3 resources with 1 shipment.

Lastly, Italy have an 8% deficit in XP for getting the shipments, so lombards and basilicas more than compensate that.

The fact that it’s only available in age 4 is for balance purposes, and that usury usually develop after the economic sistem slowly develop is a normal thing, so I really don’t see the big historical fake…

This is the changes that affects the Italians in the newest pup.

So, here are my opinions about it…

Italy general eco has been buffed quite a bit…

Their XP penalty has been reduced a bit, probably to compensate some of their military nerf.

The LoS church upgrades cost is reduced by a total of +75 food, so it’s easier to afford them and to get those 2 vills, even if you still have to pay 25 food more, a small buff for their mid game.

The architect was buffed massively, it train as fast as a vill, and cost 30 gold less, but most importantly they take 20 seconds less to build a lombard.

Lombards cap have been increased again to 5000, and the investment has been reduced to 250, so you get 125 of both other resources… this is the weirdest change, it onestly does very little, but you can at least build them faster with the architect, I still don’t know if it what the building really needs…

As for their military, that on the contrary got quite a big hit…

They now get an extra pavisier in age 2, which is nice, but other civs already get 8 xbows, and the pavisier still have their problems…

But the good news stop here… the crabats were heavily nerfed, and the bourbon allies card now doesn’t grant the guard upgrade anymore.

Now, probably both nerfs were actually needed, but they didn’t come with none compensation buffs for their standard units that instead are suffering.

The eco got overall a good buff, but there are still some things that need to be fixed in my opinion:

I previously suggested that they should get cheaper techs, but at least now they get 2 cheaper techs, which partially helps you. Better markets also means that you need to sell just 200 food or 100 wood and mine (or get from treasures) just 35 gold to get steel traps, which is what Italy struggle the most in my opinion.

There are others that I would like to see, but for now those take priority in my opinion…

Why does italy even have an xp penalty for shipments, you don’t get anything extra. They should have buffed the resources the lombards generate by like 10% currently it takes too long for a lombard to even pay for itself let alone generate any significant income.

Why does italy even have an xp penalty for shipments

Because you can get up to 3 churches that also generate 1 XP/s, on top of another 2.5XP/s from lombards.

For comparison, a standard church gives you 0.75 XP/s, it’s true that such setting takes time to take off, but then you get a ton of XPs.

They should have buffed the resources the lombards generate by like 10% currently it takes too long for a lombard to even pay for itself let alone generate any significant income.

I guess that they hinted that you should build lombards with the architect, since they now take only 90 seconds near a basilica, or in the super late game when you can send a ton of resources through them.

You can now more easily get 1 lombard before aging up, 1 from the age up, and 1 from the 700 coins shipment, and pay themselves quite quickly.

Really this is a very silly nerf, if this strong shipment reduces the number of units it delivers don’t take away the 4th upgrade, because if it is a 4th shipment I expect it to be 4th units, as well as the op. shipment of the Chinese 26 4th ratan. 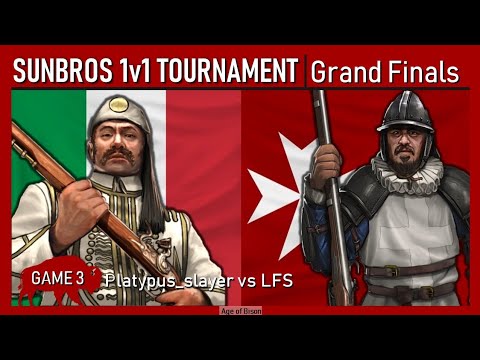 I have a question… which among these are the best age 1 card to send for Italians?

I know that it depends, but overall, if you have to choose just 1 of these, what would you pick and why?

Advanced politicians it’s basically a must, and with all the lombards and mercenary companies or unit upgrades I don’t think that Italy have the space for more than another age 1 card…

Personally, I believe that the maritime republics compensate nice the Italy XP lag, but it really depends from the map and your adversary. Capitalism helps you on getting steel traps, but it still came in a bit too late to be impactful. The explorer card can be good, but again the effect is affected by luck…

Yeah but that is a super specific strategy that requires a specific context (and the croatian company will ne be nerfed so…).

For a multi-purpose deck made to be flexible and to be used in general with Italy strengths what would you use?