Japanese Nerf Was Required. But Current Situation Is Borderline Underwhelming

Regarding the balance of Japan, they were one of the stronger and overperforming civs among with lakota,sweden, which everyone can agree on, but the expectation of the players were an -50f nerf to starting crates rather than replacing 100w with 100c which is quite impactful for the balance of the Japan, currently the change is underwhelming.

What could be done?

If these 2 changes could be implemented instead of the current change, Japanese will be much balanced without overperforming.

I personally like the change. I don’t really feel the food reduction but then again I didn’t use the popular torii gate opening. Japan has many options, I think before undoing this change, we should be given more time to explore. Let’s not repeat the sweden nerf fiasco again.

Maybe a future nerf will happen, but usually this type of crate swap hurts a civ’s age II time meaning they’ll get a slower start and are more vulnerable.

this type of crate swap hurts a civ’s age II time meaning they’ll get a slower start and are more vulnerable.

Especially when you can’t hunt.

Japanese now need that Coin to get Hanami Parties and Civil Servants at the Market, and really go through that beggining Cherry Orchard and Berries.

I expect that other wonders will become more attractive in age2. I typically open up ports + shrine wonder.

Toshogu Shrine will definitely go back to being the Age 2 Wonder of choice.
Ports Consulate only works on Water maps, however.

They work very well on land maps as well. The xbows and culverins cover up a huge gap in the japanese army, and they also reduce the cost of shrines and, most importantly, the cost of age up.

The xbows and culverins cover up a huge gap in the japanese army,

Yumi and Flaming Arrows are better than Besteiros and Culverin.
There is no gap in the Japanese army roster, which is why they are so strong.

I personally like the change. I don’t really feel the food reduction but then again I didn’t use the popular torii gate opening. Japan has many options, I think before undoing this change, we should be given more time to explore. Let’s not repeat the sweden nerf fiasco again.

Torii gate opening was indeed strong, however, current nerf is sort of too much for the balance of japan, and yet they are underperforming currently.

Hopefully this change will be reverted, Japan is underperforming very bad right now.

Yumi and Flaming Arrows are better than Besteiros and Culverin.

Flaming arrows are worse than culverins at dealing with artillery. They are also ridiculously expensive and need several castles for mass production, so yes, anti artillery is a problem, they are a gap in the japanese army.

There is no gap in the Japanese army roster, which is why they are so strong.

That is a debate for another topic, but the only good Japanese units are the ashigaru, yumi (after upgrades and cards) and the cav archer. This is why japan masses yumi and ashigaru. The rest are average or underwhelming compared to their counterparts. This is why the developers didn’t touch any of the units. We will see how this plays out.

They are also ridiculously expensive 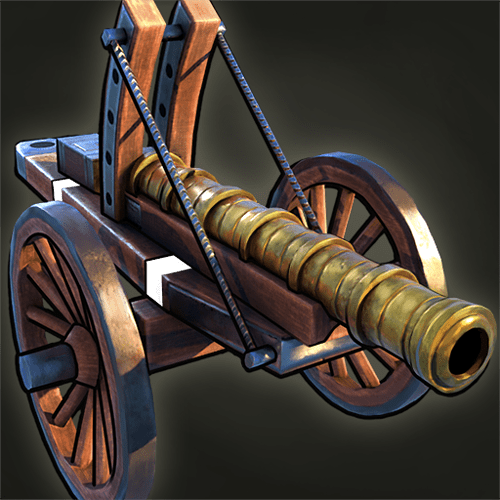 The Culverin is an artillery in Age of Empires III that can be trained at the Artillery Foundry once the Fortress Age is reached. It is an artillery piece with exceptional range that is especially effective against other artillery and ships....

TheFlaming Arrow is an artillery in Age of Empires III: The Asian Dynasties that is unique to the Japanese and can be trained at the Castle once the Fortress Age is reached, and by Shogun Tokugawa. As the name implies, it shoots flaming arrows...

Not to mention you have double shipments of 2 in Fortress, and 4 in Industrial.

They are actually much easier to get than Culverins, and even have a lower training time (FA 38 seconds, Culv 45 seconds).

The rest are average or underwhelming compared to their counterparts.

Not true, Samurai is more cost-efficient than Doppelsoldner, and Naginata is a better counter to Infantry than Lancer.

The change wasn’t that bad.
A civ that scales so well the longer the game goes shouldn’t have such fast early game, so now at least civs have a better window to hurt their economy
They are still better than legacy as they don’t have to chop 106 wood like before.

Japan is in a really good spot right now. People just have to get used to sending in the free Market card first, and do without Heavenly Kami.

Being slower than it used to, justifies Japan’s super strong military. They still snowball really fast, once you have all your Shrines with the Toshogu Wonder, but now they cannot race to Age 2 like before.

These are my current Japan decks:

Only the Ikko-Ikki deck still uses the old openers, and that is because it coasts on the back of the Ashigaru, as it is THAT strong!

thanks for the advice with the free market card. some solid decks you got!

Naginata is a better counter to Infantry than Lancer.

A bold claim. Let’s see
Naginata raider
100F + 100G (=200 resources)
Lancer
110F + 90G (=200 resources). But food is gathered faster, so Lancer wins the cost battle until the japanese players builds the shogunate, at which point they are roughly equal.

Both L and NR get a +1 modifier to infantry with card, so that evens out.

Results: against infantry, the lancer is clearly superior. When you factor in cards, the base damage of lancers gets to 28.
NR has an edge against artillery, in the early game, but that’s expected, since Japan has lame anti artilery (we will get to your other bold cliam about culverins and flaming arrows in a bit)

You can follow the math and see naginatas has consistently less HP than lancers.
Winner: Lancer.

So to sum it up: NR has a slight edge at damaging artillery, but not by much. Very far from your initial claim.

Onto your next bold one.

Only out of this comparison we see the flaming arrows are incapable of countering culverins, so the Japanese need culverins on their own in order to survive.

So supposing we use the flaming arrows against infantry.
falconets have 26 range with 300 damage against infantry, while costing only 100 more resources and 1 more population slot and having 1 extra AOE (which is very important against infantry balls), while having 2 less range (hardly important).

Per population cost, a flaming arrow deals 56.25 damage to infantry, and a falconet deals 60. In order to match the damage output of 5 falconets volley, you need to have 6.6 flaming arrows.

Also falconets have much better dps.

By the time flaming arrows get the -15% cost card that makes them somewhat effective, the EU opponents already have royal guards infantry (which will require extra shots to take down) and heavy cannon (which match flaming arrows in range). So essentially, flaming arrows have no place in the game.

Conclusion:
Japanese artillery is lame, and japan has a problem with properly managed artillery. They will have a very hard time dealing with a ball of HI and cannon, or LC and cannon. The only reason this works for Japan is that they can outproduce cannon fodder and eventually wear down the enemy formation through attrition. If the enemy builds a proxy, it is typically GG.

Naginata’s squishiness makes them very bad at flanking artillery, and they usually get killed by an equal pop artillery mass. This is why japan prefers to use the cav archer to counter cannon, which typically survives against balls of muskets or LC long enough to do the job due to their high ranged resist.

Ship in Bloody Harvest and Lancer becomes a faster version of the Lancer, with 8 more generic damage against anything that is not Infantry, which makes it better.

Spanish Lancer is way too specialized, and can be held back by Hussars, while Naginata cannot. 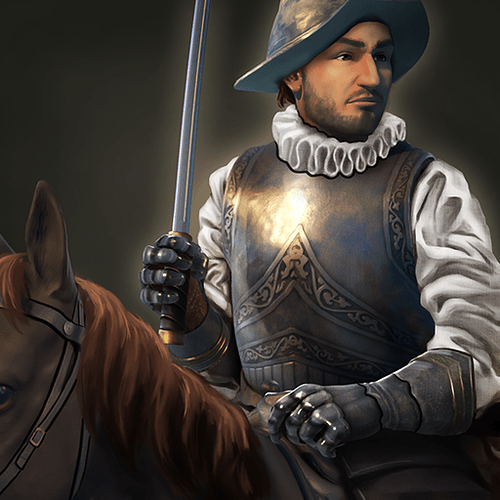 The Lancer is a melee heavy cavalry in Age of Empires III that is unique to the Spanish and can be trained at Stable, Fort, and Galleon once the Fortress Age is reached. Lancers are also available to Knights of St. John in the Act I: Blood campaign....

The Naginata Rider is a melee heavy cavalry unit in Age of Empires III: The Asian Dynasties that is unique to the Japanese and can be trained at Stable and Atakabune, and by a Daimyo. It wields a naginata in combat. 1 Overview 1.1 Upgrades 2 Further...

No matter how you try to spin it, I would much rather have Nagis and FA, than Lancers and Culverins. Both are more generalist and less specialized, so both are better in more situations.

Ship in Bloody Harvest and Lancer becomes a faster version of the Lancer, with 8 more generic damage against anything that is not Infantry, which makes it better.

The lancer has a card with the exact same effect, this is why I didn’t take either into account.
The lancer also has other damage cards and a royal guard upgrade, which reduces the 8 damage significantly. I’d take Lancers over Naginatas every day, since they are more tanky.

Flaming Arrows are much worse than European Falconet (smaller HP, smaller damage, smaller AoE, fires every 6s compared to Falconet’s 4s). Only +2 range is their advantage.

I’m comparing FA to Falconet and not to Culverin because for the purpose of killing artillery Japan has Yabusame Archers (8 multipliers against artillery and can be increased to 9). And they are performing very well in that task.

In my opinion FA are too weak for 400 resources but I guess developers intentionally designed FA that way (as a little drawback of Japanese army). Japan is already very strong so this is understandable