They will be based on old Chinese folk tales. If you are not familiar with it, you can read the story first. 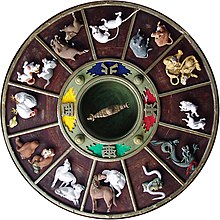 An ancient folk story called the "Great Race" tells that the Jade Emperor decreed that the years on the calendar would be named for each animal in the order they reached him. To get there, the animals would have to cross a river .

The existing 4 cards get changed.

Then the another 8 cards.

There is no such unit in the game, not even a single unit related to rabbits or hares.

And I hope the Zodiac card doesn’t always just ship units or food.