We are aware that there may be issues related to translation or localization of the game. Please consolidate all reports regarding the Italian language in this thread. Please include the following information:

Please be aware that Developers and AOE Staff commenting on this thread may not know the language, and are utilizing translation software to understand what is being reported, so that it can be properly documented and passed to the Localization team.

The audio of taunt number 26 is not translated into Italian, differently from the rest of the taunts. 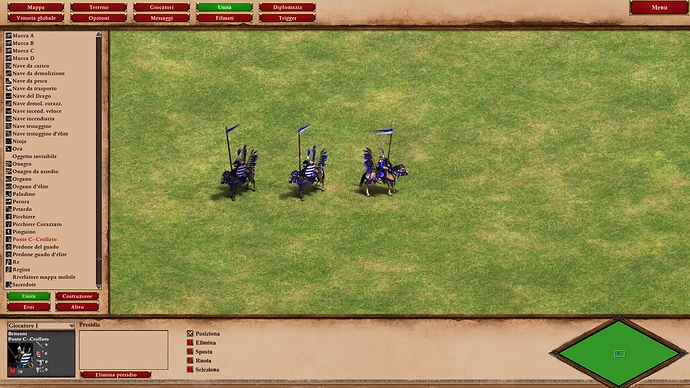 I noticed another issue
build: 4395365
Platform: Steam
Description: Alaric mission 4, audio messages don’t match text showed during the mission, the problem is the audio because it’s triggered the wrong one, through the mission is all messed up

Michael Nautikos is at least strange. Should be something like “Michele Nautikos”?

Every instances of molo as a translation of dock should be properly translated into porto. Speaking of, as the Malay unique technology, Thalassocracy, is a thing, the translation of harbor must be checked again. Now the technology tree says that ‘potenzia i moli in porti’, but, again, there is no building such a “molo” in the original game.

About “Michael” Nautikos: it could be not a mistake but a choice. In the initial narration, for example, it’s spelled “Me-Ka-El” like in Latin.

Build: 33164
Platform: steam
Description: in the picture you can see an english String on top right of the screen, where there is the timer, it should “x:xx minuti rimanenti all’arrivo di Musa” 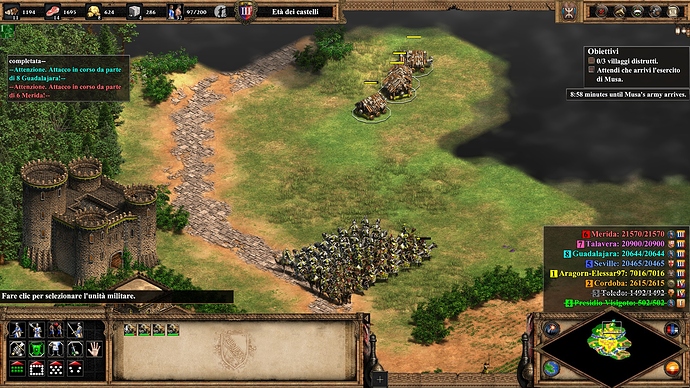 In the dropdown list in the lobby screen “AI (HD version)” was not translated into Italian, differently from the new AI and the original CD AI.

In the towncenter, in the help text of the option to advance to Imperial Age, it says “due costruzioni dell’età dei castelli on un castello/krepost”. “on” should be replaced with “o”.

Names of units “Elefante da guerra” and “Fanteria leggera” contain unneeded newline characters, which cause a graphical glitch, “cutting” second line of these names. It occurs in editor and also in gameplay. 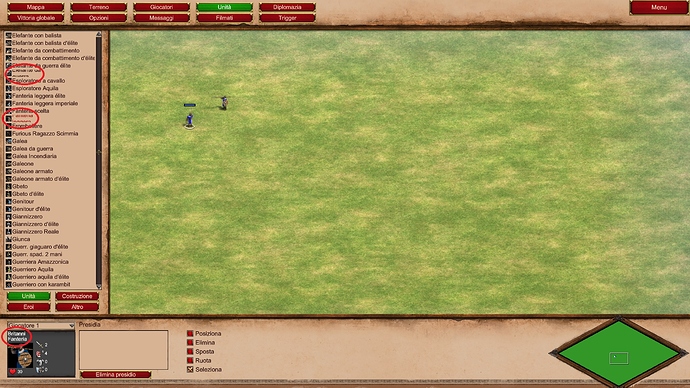 editor1920×1080 854 KB
In the editor: name is shown cut on top and bottom borders in the list on the left, and only its first line (“Fanteria” instead of “Fanteria leggera”) is shown on the bottom left caption 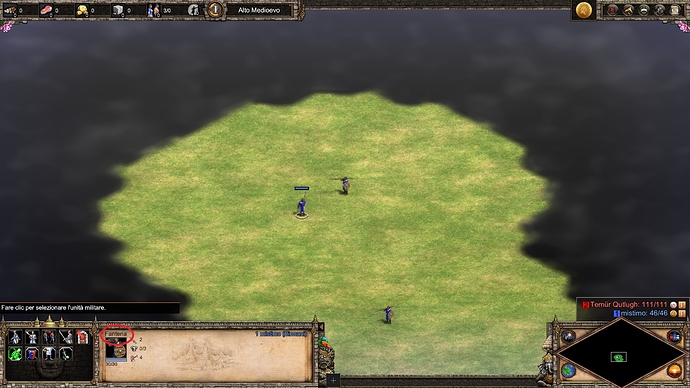 game1920×1080 617 KB
In the game (trying scenario shown in previous screenshot): only first line of name (“Fanteria” instead of “Fanteria leggera”) is shown.

The text in the image is cut around the red lines, and the word “squadre” is probably outside the visible area. 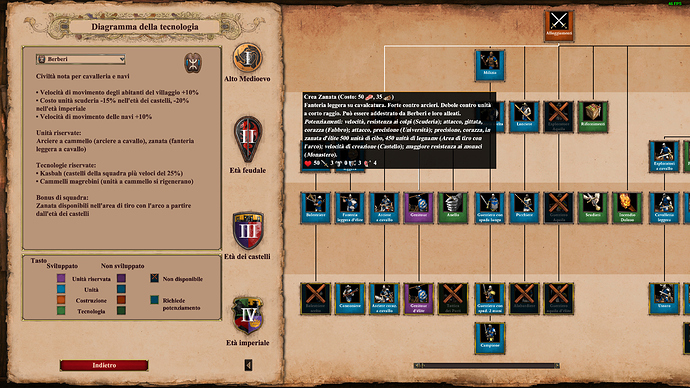 The button “Leave map” is not translated in italian, while it was in the builds preceding the December update.

Location: Summary of the match screen

The “Wonder construction” string is not translated and never was since the game came out. It should say “Costruzione meraviglia”. 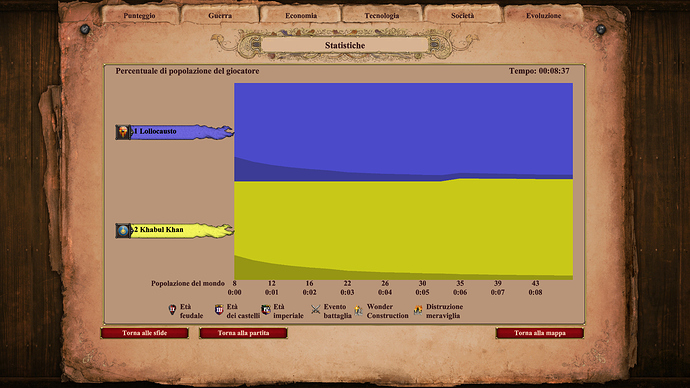 Villager unit name is truncated in gameplay screen: it should be “Abitante del villaggio”, but only “Abitante del” is visible. 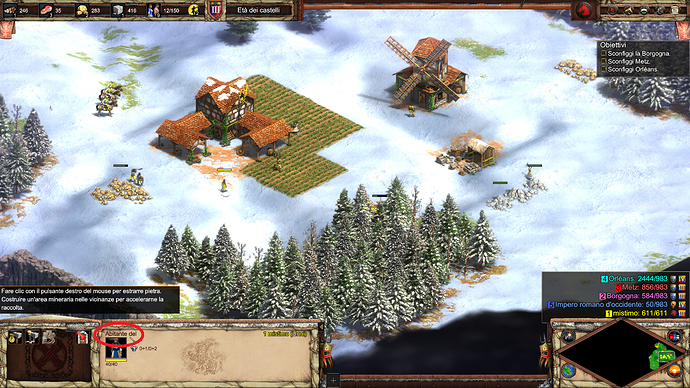 Message showing how many minutes are left for building a castle in Burgundy is unlocalized: it’s “X:YY minute(s) left to build a castle for Burgundy”, it should be “X:YY minuti rimanenti per costruire un castello per la Borgogna”. 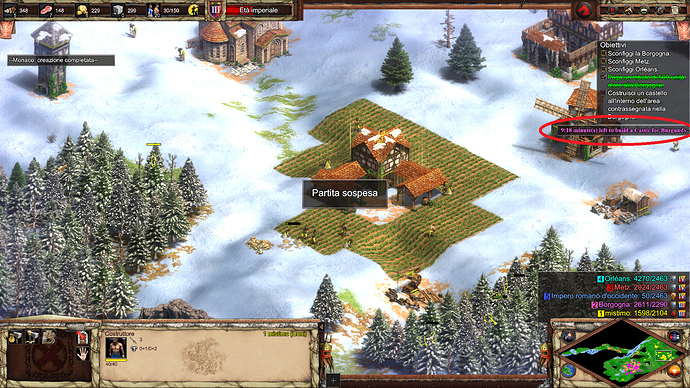 Location: El Cid campaign, scenario "Il re di Valencia"
In this scenario, the message shown where you reach Valencia is untranslated in Italian: “Missionary: We have heard of the Cid’s piety and would humbly join his service”.

Location: Pachacuti campaign, scenario "Guerra tra fratelli"
Taking the south path from the beginning of the scenario, player reaches a hut whose name is untranslated (“Hut”), it should be “Capanna”: 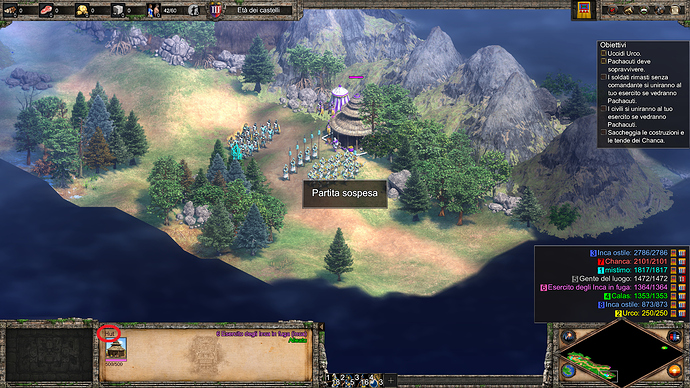 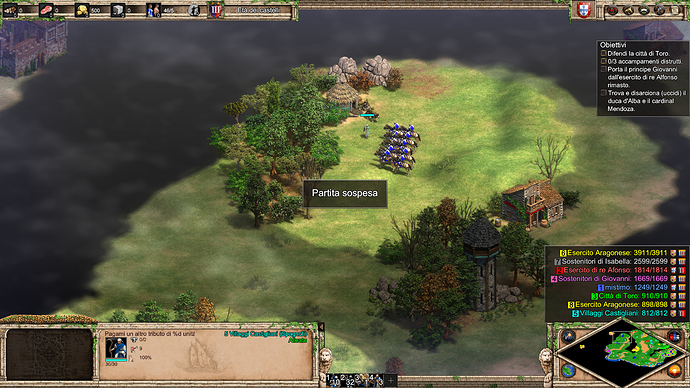 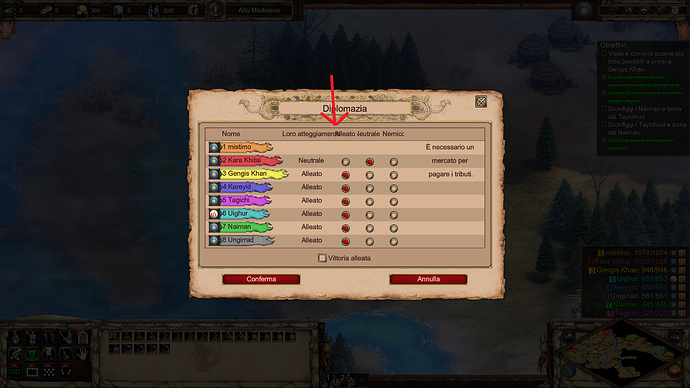