Do they actively use it? Do you consider it useful? Should it be reworked?
In my opinion, it’s a very good ability, but occasional, and it’s a good trick, but it only works 1 or 2 times. There are units that, by virtue of having the ability, have certain disadvantages. This is justifiable?

Do they actively use it?

I use it with the native trackers.

Do you consider it useful?

When it works, it can be fatal. For example the Aztecs can get close to the cannons or the skirmishers, but as you say it is very situational.

Should it be reworked?

Improve it! Its functions could be expanded.
For example, if you upgrade ‘spies’ in the capitol or town center, it shouldn’t affect them. So they would be useful at the end of the game and in the treaty.

They could also be more effective espionage and intelligence units such as being able to identify the opponent’s metropolis destination, the technologies he is researching, what units he is creating, etc. If it is near the buildings that do these tasks.

I already made a forum about it: New abilities for 'stealth' units and rework the improvements 'spies' and 'metropolis blockade'

’Spy’ unit could be reworked: With a ‘sniper’ type shot. Which recharges over time and costs a few coins each shot. You will kill a mersenary with a single shot, but you will pay for it.

Daimyo and Mansabdar should be vulnerable to this type of units (spies, nijas, etc).

For example, if you upgrade ‘spies’ in the capitol or town center, it shouldn’t affect them. So they would be useful at the end of the game and in the treaty.

spies kinda needs to be the answer to that imo

You use economic monopoly.

unfortunately, the people I’ve seen who do this love to disable trade monopoly

I think the stealth ability Shinobi no mono have is strong for raiding since it seems almost instantaneous. I think other stealth units have to wait a couple of seconds. It’s kinda funny when you research the carib tech that gives them a 2x multiplier vs villagers. Very annoying raiders.

I feel like stealth isn’t used much not necessarily because its not useful but because there aren’t a lot of stealth units.

I had a guy do that a few days ago. It was a qs match though so the monopoly was enabled.

I think this can be fixed by allowing stealth to be visible if the player has no buildings left, but not otherwise.

Except for the walls.

Agree it is just occasional, not sure if this mechanic needs a rework or not but, right now that mechanic just cause conflicts with the common formations. Since the stealth formation is in the first option of the grid some times i forgot that; and if i want to put my units in the formation to avoid cannons damage i just select another formation because it just push 1 position all the formations. I think that formation button should be at the end of the first row or maybe in the second row.

I agree. It is not a priority skill so it should be last so that the shortcut keys are more intuitive.

are units that, by virtue of having the ability, have certain disadvantages. This is justifiable?

Maybe this is the reason why anti-hero units (ninjas, spies, native trackers) only have melee attack. These units should be similar to ‘the ghost’ from the SC-2 game where they have a ranged attack.

I would propose the following:

A church upgrade enables a ranged attack (similar for ninja and tracker).

The ranged attack recharges every 20-40 seconds, and each shot costs a few coins. (Maybe 75% of what the mercenary costs).

The unit remains invisible even when performing this sniper attack.

As I already mentioned, the Daimyo and Mansabdar are also vulnerable to this type of units.

Each shot equals one kill. 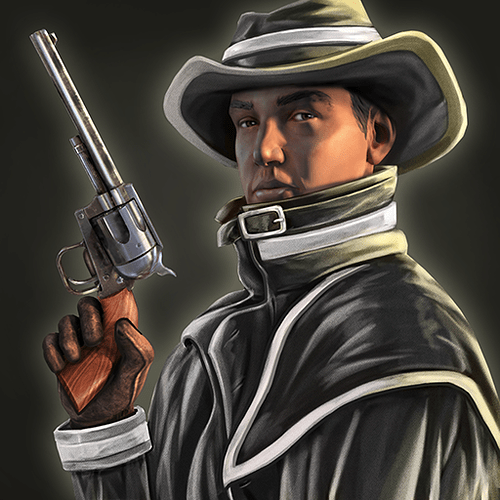 Sneaky assassin. Highly effective against mercenaries, Explorers, War Chiefs, and Monks.In-game description The Spy is a melee infantry unit in Age of Empires III: The WarChiefs that can be trained at the Church/Mosque by European civilizations and...

I also think that the ninjas that Japan hires through the consulate have too much siege. I do not understand why they have so much siege if it is not supposed to be the specialty of this unit.

This time stealth is a frustrating thing to deal with because it can take down important buildings before you can get to defending.

I liked the changes made to the spies that had been requested in this forum and in other forums, however I think that this ability should not be a charged shot, rather it should be a ‘sniper’ Type attack like the European scout.

I also think it should be the default, and to compensate make each shot cost coins. The card makes it so effective that only one shot would be enough to take down a mersenary, plus it gives you a couple of spies/(assassin or agents). My inspiration for this proposal is a unit of SC-2 that is in charge of special units.

Me too, what I didn’t like was the changes which made units automatically detect stealth at close range. Made incas stealth buildings card useless and harmed units like the jaguar prowl knight.

Yeah seems a bit half baked at the moment where they saw stealth wasn’t perfect and now updated it to something kinda worse. Like it made no sense to walk up to a building that was stealth and not see it, but units been revealed now is dumb. Maybe if they stayed in stealth if next to a tree. Bit like the age of empires4/Black Forest mechanic

Sure it makes sense but it makes incas stealth buildings card useless so they should rework that completely. It’s also not worth sending the inca and aztec cards to stealth your units because now melee units can’t get right on top of skirms or artillery.

Stealth was kinda bad before, and with recent patches it became useless.
They should return it to how it was originally in Age 3 2007