Deliberately making the Chinese version have a different name would look ulterior, giving radical nationalists a strong excuse to complain to the CCP.

A lot of games do it I believe

Chinese nationalists are radical and sensitive year by year. Based on my understanding of Chinese Internet culture in recent years, you will be criticized as “insulting China” if you do so. 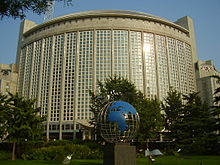 Hurting the feelings of the Chinese people

Pages for logged out editors learn more "Hurting the feelings of the Chinese people" (simplified Chinese: 伤害中国人民的感情; traditional Chinese: 傷害中國人民的感情; pinyin: shānghài Zhōngguó rénmín de gǎnqíng) is a political catchphrase used by the Ministry of Foreign Affairs of the People's Republic of China, in addition to Chinese state media organisations and Chinese Communist Party-affiliated newspapers such as the People's Daily, China Daily and Xinhua News Agency to express dissatisfaction or con...

Gokturks can be Gokturks.
I sincerely advise that do not to be self-defeating.

Also, Turks and Gokturks use different terms in Chinese, “土耳其人” and “突厥人” respectively. Feeling silly is the business of the English version.

Does Pokémon have ulterior motives when it renames thousands of names of people places and creatures?

The problem with the Uyghurs is that there were two different Uyghur civilizations, speaking languages from different Turkic branches. The first ones broke off from the Gokturks (but could still be covered by that civ, if necessary) while the latter seem to be more related to the Karluk-speaking Muslims, which in my opinion are kind of covered by what the game calls “Tatars”

There’s another solution: the Gokturks are represented by the Kazars (I had to misspell it because of MS’s stupid censorship). Since the Khaganate was initially founded by Gokturks, they can represent both.

From what I have read they are the same people, they just lost their language and developed another one later

There’s another solution: the Gokturks are represented by the Kazars (I had to misspell it because of MS’s stupid censorship). Since the Khaganate was initially founded by Gokturks, they can represent both

Yeah, but the Kazar Khaganate was founded by Gokturks, so if we were going to represent the Gokturks in a China-safe way, they’re the way to go.

Kazars are represented by Cumans.
More importantly, CCP would not ban Gokturks.

Kazars are represented by Cumans.

Considering the Cuman history section makes no mention of that and the only pieces of evidence for that are some of the AI player names and the Wonder, I’d say that that’s largely speculative at this point, and even if it isn’t, it can be easily changed, just like all the other decomposite civs.

That’s a big part of civ design though. I don’t think it is speculation.

But the CCP does not xd…

I think it is possible to add the Tibetans if…

I think it is possible to add the Tibetans if…