Make a concept for the uus to make it complete.
Im assuming building will be the tatar set?

I have posted the Sogdian civilization I imagined on other threads before.

The Sogdians are an Eastern Iranic peoples, same as the Scythians, and the Persian civ is mainly representing the Western Iranic peoples, at least they already have a quite difference here. At their most powerful in the fourth to eighth centuries AD., they had a series of small principalities which were independent, cooperating and attacking each others. Those city-states sit in the middle of the Silk Road, with the Gokturks in the north, the Persians in the south, the Chinese in the east, and the Byzantines and the Muslims who would conquer them in the future in the west.

As far as I know, Muslims have almost destroyed their traditional culture and beliefs, which makes modern people generally unfamiliar with them. However, for Central Asia and even the whole of Asia, their existence is very meaningful. If we are eager to dig more Central Asian or early medieval elements in the game, they the Sogdians are the one of rough jades that are already in sight.

Not deny the community’s fascination with African civilizations, but I must also say in good conscience that Sogdians are pretty better compared to some potential African candidates in terms of the richness of historical materials and their impact on the world history.

You can find solid, good quality knowledge about the Sogdians on this site if you want.
https://sogdians.si.edu/

Sogdians/Saka are a really cool civilization and could also stand in for their cousins on the Ponto-Caspian steppe and in Europe for the Hun scenarios, particularly the Scythians and Alans. It’s a far better choice than using Mongols or Huns in those scenarios.

I did say I don’t know much about Berbers

Technically the Hindustanis are already a split of Persians as much as they were of the Indian mega-civ from HD. Still doesn’t mean that Sogdians can’t reflect another facet of the Iranian cultures of this region, and would pair well with other mountain culture split-offs in a bundled DLC, including Tibetans from Chinese/Mongols/Burmese, as well as Armenians from Byzantines/Persians.

There could also maybe be a Sahrawi civ 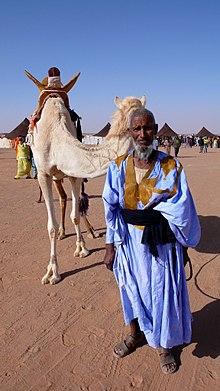 The Sahrawi, or Saharawi people (Arabic: صحراويون ṣaḥrāwīyūn; Spanish: Saharaui), are an ethnic group and nation native to the western part of the Sahara desert, which includes the Western Sahara, southern Morocco, much of Mauritania, and the extreme southwest of Algeria. As with most peoples living in the Sahara, the Sahrawi culture is a mix of Arab and indigenous African elements. The modern Sahrawi culture consists of an Berber core and considerable Arab influences. The matriarchal traditio...

They are not split enough

What do you mean? As though Sogdians are not distinct enough from Persians to justify their separation? Or that civs like the Hindustanis need to be further broken down?

If you fragment Hindustanis further, you literally go back to Turks, Tatars, and Persians, overlaying against Gurjaras or even Bengalis.

No I mean Hindu and Persia are still way too encompassing of potential civs.

Anyway, I think this could be added to your [Hub] Civilization Concepts.

Talk to @casusincorrabil about that, it’s their project, I just set it up.

“So could you please added it to the list first?

The [HUB] is a wiki, you can insert it on your own.
Otherwise you will have to wait unti I find time to do it, what will probably be this evening as I have to prepare a poll anyways.

The Sogdian Cataphract newly added to the Bukhara campaign is described as a Sassanid UU.

I wonder if that’s a hint for Persians being split?

Its just a hero unit moved to a general unit.Pretty sure it was in HD also.

Not to mention, the Persians represent mainly the native people of the country, Iran.

Love the concept.
The Sogdian trade carts machanic is too complicated I think, simpler method is more straightfoward, like market sell price drop slower or carts cost no wood.