Here a bit of context of the civ.

The oldest human traces found in Switzerland are about 400,000 years old. However, the first permanent settlements on parts of today’s territory were not established until after the end of the Ice Age – about 11,000 years ago. Among the most interesting archaeological discoveries in Switzerland are villages built of wood on lake shores.

At the beginning of the 3rd century BCE, the area that is now Switzerland started becoming part of the Roman Empire. Roman rule was gradually strengthened by the establishment of colonies. The indigenous peoples gradually adopted numerous Roman ways of life (Romanisation). The end of the Western Roman Empire led to the dismantling of the Roman administration in the 5th and 6th centuries.

The Early and High Middle Ages

In the Middle Ages, the area that is now Switzerland developed in ways similar to the rest of Western Europe. The first centuries were marked by migratory flows. This was the Völkerwanderung era, i.e., the early migrations of the Germanic peoples. Various peoples also settled in Switzerland, bringing with them new ways of life and languages. Christianity, which had already been introduced by the Romans, continued to spread. The church, with its bishoprics and monasteries, became an important landowner. In parallel, the nobility increased its power through conquests, inheritances and strategic marriages.

The Late Middle Ages and the Confederation

Since the 19th century, the Federal Charter of 1291 has been considered the foundation for the creation of the Swiss Confederation. At that time, the three valley communities of Uri, Schwyz and Unterwalden formed an alliance to better defend themselves against any attacks by foreign powers.

In the 14th and 15th centuries, the Old Swiss Confederacy developed as a loose network of alliances of rural and urban communes. The Confederacy’s process of expansion unfolded in various ways. Some territories joined the Confederacy voluntarily, becoming members with equal or lower standing, while others were purchased or conquered. The eight cantons of the Confederacy, known as the Acht Orte, generally administered their own affairs. However, they did send delegates regularly to the Federal Diet to discuss issues of common concern. 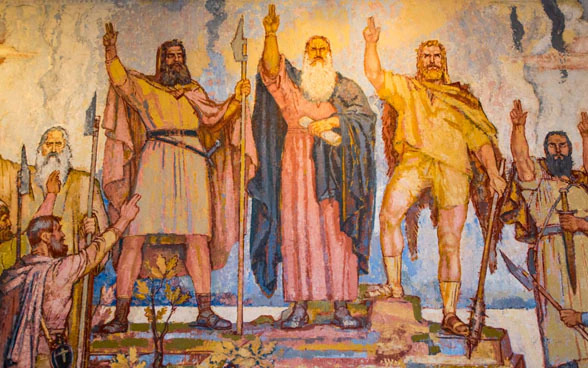 Fundation of the Confederacy 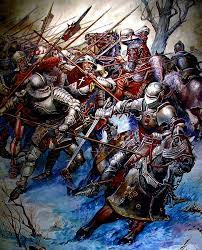 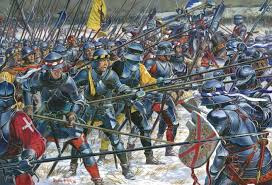 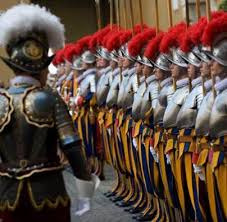 Its problematic to find a person but is not needed to do it. I thinked some ideas to do it:

Historical battle could be the swiss guards escorting the pope to safety while german mercenaries are attacking.it would be a fun scenario where you have a fixed force and have to navigate through urban areas.A reverse siege of paris from the burgundy campaign.

With soundtrack by Sabaton.

I don’t remember giving my feedback and opinions on this civ design, so I’ll do it now.

Pikemen upgrade available 1 age earlier (i was thinking to do the same with Halbs, but might be too OP)

Miners don’t need to drop off the gold on mining camp
(Great production of resources in a small territory, specially clocks, etc.)

That’s might convert into a 100 wood discount for feudal age, but you want to get eventually a mining camp for at least the upgrades. Still, it’s not an useless bonus.

Mmm basically the old Inca bonus, plus a bit of the byzantine one…

Maybe make just fortifications are built 20%, and walls 50% faster, so you can more easily wall and spend less vill time.

It could use the armored pikeman skin, but I don’t see how this would be different from the flamish militia unfortunately.

Maybe the UU could be a gunpowder unit too? The swiss were famous for being pioneers in the pike and shot formations.

UT 1: Confederation: Allied Monks +1 Range
(The Swiss states were ruled by a Confederation where the catholic curchs had a lot of influence)

See, that’s what I don’t like, it’s a bit too much out of the box for an aoe2 civ. Also, the landskenechts were actually rival of the swiss, and they pretty much hate each other, so having them as a swiss UU might be weird.

You could have an UB that train standard units though, for just a gold cost and that works 300% faster, like goth spam… I don’t know I’m just a tinkering…

Overall the civ is not bad, but maybe it needs a bit of more polish. It lack an eco bonus to start with, I might suggest that mills can train sheeps, for half the food that they give.

That might be a good eco bonus, since it would allow you to delay farms and invest your wood into archers.

The pikemen already represents the Swiss soldier, but the Swiss also used the hand cannon, so a more creative UU makes the possibility to spam them in castle and help the rest of the Swiss player army

This would make them cover their weakness against archers and open the possibility to use another unit than pikeman to fight cavalries.

I agree but that its utility is against knight not scouts. It is simply not worth it to delay your castle age time for pikemen they can’t force fight and die to an archer switch. I recommend early pikemen if your opponent is going knights and you are still researching CA, or you are committed to full feudal.

Mercenaries train faster → Sheep can be created on Mills by 45f

Ok so it’s 2 different bonuses, you can make it even 50% cheaper for tower upgrades. Italians have them 33% cheaper and they are fine.

Swiss Pikeman now do aditional damage only to gunpowder units.

Mmm an anti gunpowder pikeman… I believe that you still need to work a bit to find the niche for the UU.

This way, the UU would be a mix between the condo and the new industrian anti archer infantry right?

I still believe that the swiss pike is represented by the standard pike line, so maybe a special HC would be better, especially because the main problem of HC is that you can mass them only in imp, but with a UU you can start training it in castle age.

Mmm arbs and HC would still destroy infantry… but the HC anti cav bonus is good, maybe you could extend it to all gunpowder units.

Tavern: To avoid great changes to the game, now you can train common units and mercenary UUs across the game by costing only gold:

Why not being a wood building that allows for each allied civ (including the swiss) to train their respective UUs?

This would solve the problem of seeing more UU play in the game, of course a tavern should work slower than a castle while also not being able to research the elite upgrade, but it could be good.

My idea was that if Italians get a 33% discount on all uni techs (which is where you research the tower upgrades) a civ bonus that includes only tower techs could be buffed even to 50% discount.

I mean, those techs are still locked behind a 200 wood building, so it wouldn’t be OP…

Tavern: To avoid great changes to the game, now you can train allies UUs (not elite) by costing only gold. This build produces 4s slower of the respective training time of every UU.

My idea is that every civilization could train its UU inside the tavern instead that the castle, so that you won’t need to go into stone to train UU, but of course at a slower rate.

Not that each ally can train allied UUs, that would be broken OP…

Changed that. Tower bonus is between those:

Ofc i would remove masonry (how it writes lol, you understand me) To avoid making the civ just too opressive when rushing with towers.

I like the concept of the tavern, also because it would add a structure that if adapted to the various architectures would also give a pleasant visual contribution to the cities in the scenarios and in the editor, the Swiss could also derive a small economic bonus when the allies recruit units in the tavern; I would like a DLC with Swiss, Georgians and Tibetans could be called ‘Lords of the mountains’!

a civ bonus that includes only tower techs could be buffed even to 50% discount.

Didn’t saw the change to the UU.

As for towers, I believe that you should look at a defensive bonus more than a tower bonus.

Considering that your eco bonus leads you to boom, you need something to protect you for that boom. That isn’t necessarily a bonus about defensive structures, for example a good defensive bonus is the poles vill HP regeneration bonus.

A faster building wall for example allows you to easily wall your base using less vills and vill time.

Another nice defensive bonus, both for defense, eco and offense could be that supplies affects spear line and skirm line units.

That would add strength to the swiss pikes, that would cost 20 food instead of 35, and to skirms too, that would cost just 10 food. This would help you to tain sheeps and cows, but also to train spears and skirms to defend your base in feudal.

You probably need some compensation for such bonus, like your skirms lacking bracer, or the last archer armor, but it could be a really good bonus.

Just look at this civ:

Overall that’s not too bad…

Yeah I meant that even techs like arrow slits, murder holes and heated shots could be included, but in prospective it’s still a worse bonus than the Korean or even Italian ones.

How do you see Handchütze, the UU?

That’s might be good, but you can leave a wall bonus…

How do you see Handchütze, the UU?

The UU might work. The special ability isn’t that unique since several units after the last DLC have it, but it still an HC that is available at wood building in castle age, so it’s good.

Civ Name changed to → Helvetians or Helvetics ( In Spanish, Helvéticos) to represent more accurately the civ on AOE II timeframe.

Swiss is easier to identify.