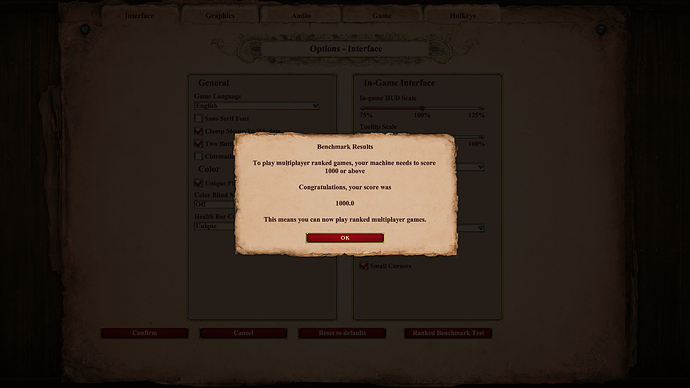 game contnues to crash, freeze, lag, stutter, eat 15-20 gb of ram and is unplayable in online match. What are you talking about?

Hey, it appears so!

And here my benchmark result 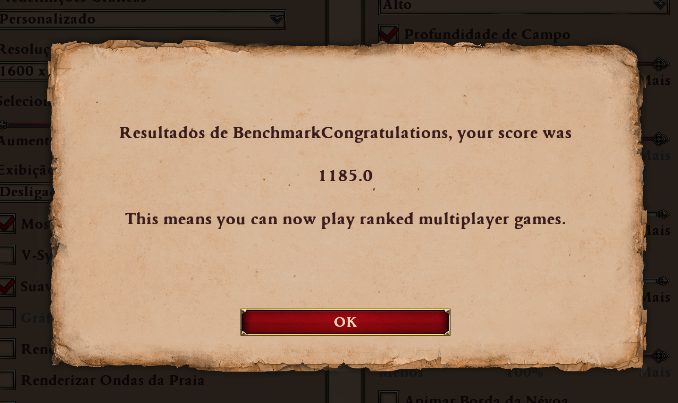 I believe that previous score was around 1140.

Also, haven’t experience any crashes on this build yet, even played boar nothing (with a lot of lag, for sure, but hey no crashes!). Last one had quite a few.

Performance on my end has never been as bad as other people claim it was for them.
I also noticed a slight increase in performance with the last update. 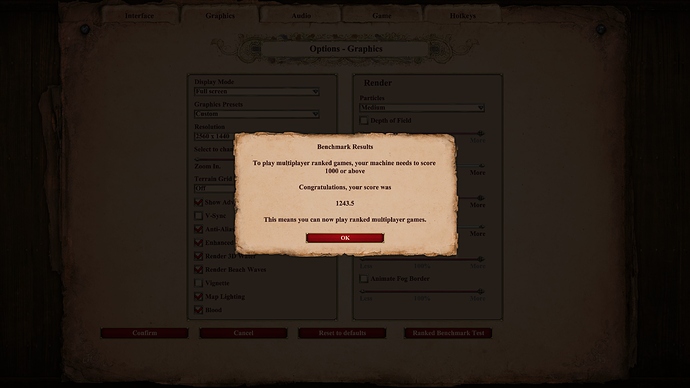 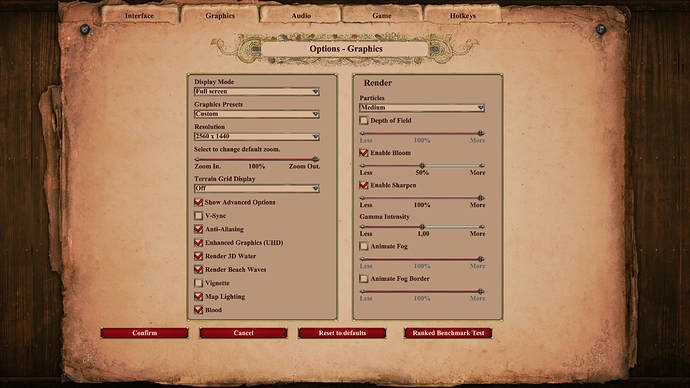 Please note, I am not running anything else and using Windows Defender.

Ressurecting this topic for update 34055

Settings (same as before) 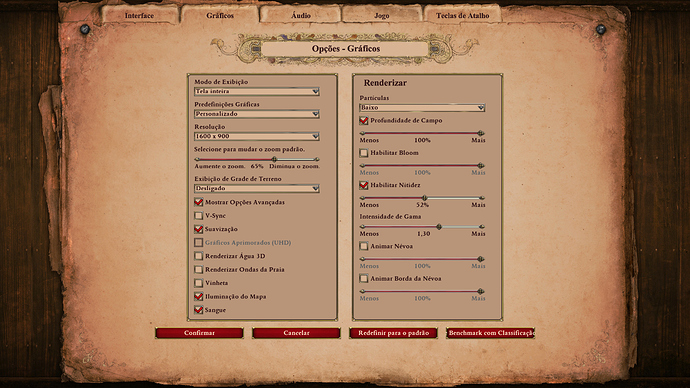 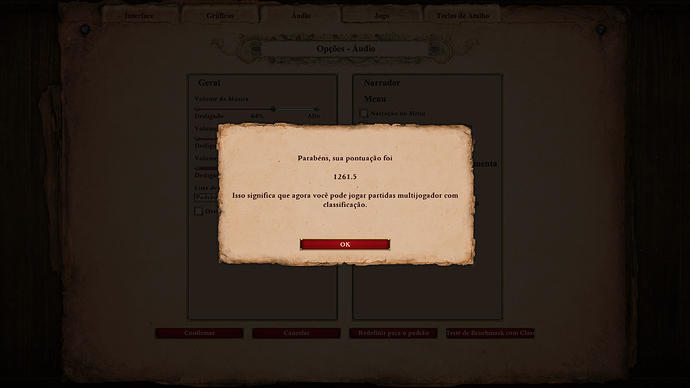 Around 80 points increased on score, may even be able to higher up some settings now! xD

December patch improved my benchmark score from 1025.6 to 1048.6 and I generally seem to have decent performance, but weirdly my performance has decreased compared to previous build when there is a lot of action on the map.

In previous build I could spectate through 4v4 extreme AIs infinite resources 200 population post-imp game without any stuttering at 18-30 FPS, but now I often drop below 10 FPS and have significant stutters. I loaded savegame from the game that I spectated in previous build and were immediately surprised of reduced performance. Started another similar game and had same issue.

This is weird, because benchmark score increased and other people report improved performance, but maybe something has gone worse for the case with overwhelming amount of action on map?

This is very weird and could be a lot of things??? To worse performance due to less intensive RAM consumption from GPU driver issues (I had some problems when updated my gpu on tha last patch). Any thoughts on what this could be?

I also got a big jump in performance. Around 80 more points on the benchmark to 1230, and a 10FPS overall boost on said benchmark, 47FPS average now. I also noticed the framerate was much more stable. Settings for me were 1080p ultra settings with UHD on.

2k Monitor with GSync on.

I pass the benchmark with UHD DLC with 1240 points and got around 50 FPS while running it.

My benchmark drops in Multiplayer game to around 30 FPS.

Anyone else having such problems?

Since this game’s frame rate goes all over the place every second, forcing a framerate to make it more stable actually makes sense. I wonder how it goes with 3rd-party framerate locking softwares.

For me, with the same settings and setup as before (except that now the Sharpen is set to a 100% instead of 50%), I now have a Benchmark score of 1270 points. 10 point increase from last score.

Did you have a different thread for benchmark test scores before, by any chance? I thought I remembered more scores being listed. Oh well, I’m at 1286.2 currently. Since I can’t find my score from before, I guess this will have to serve as my score starting point to keep track from.

Did you have a different thread for benchmark test scores before, by any chance?

There was a big topic for benchmark scores in beta forums, but it was not made by me and it is now inaccessible to us with other beta topics.

Thanks, Yorok; you rock!
That just might be it

So, I just ran a benchmark on this later version. Same settings and same setup as before.

Then I gave a try with V-sync on. The benchmark ended up scoring 1280. Arguably about the same score as without it, but technically a lower performance.

I wonder how it may vary also with monitors with different refresh rate from ours. Mine monitor is a 60hz, and I’m assuming yours is too @Yorok0, but how would the performance get on monitors with higher refresh rate enabling V-sync?

I did just what he said and I went from either 10 or 300/600 ish to 10 first try and 970 second for the first time since beta, yeah! So thanks @Yorok0! (and now I can go fill a bug report to complain about my benchmark randomly hitting 10 even tho my machine can perfecly handle bullshit 4v4 BF 250 pop games)