Which architecture set is the best suited for Persians? 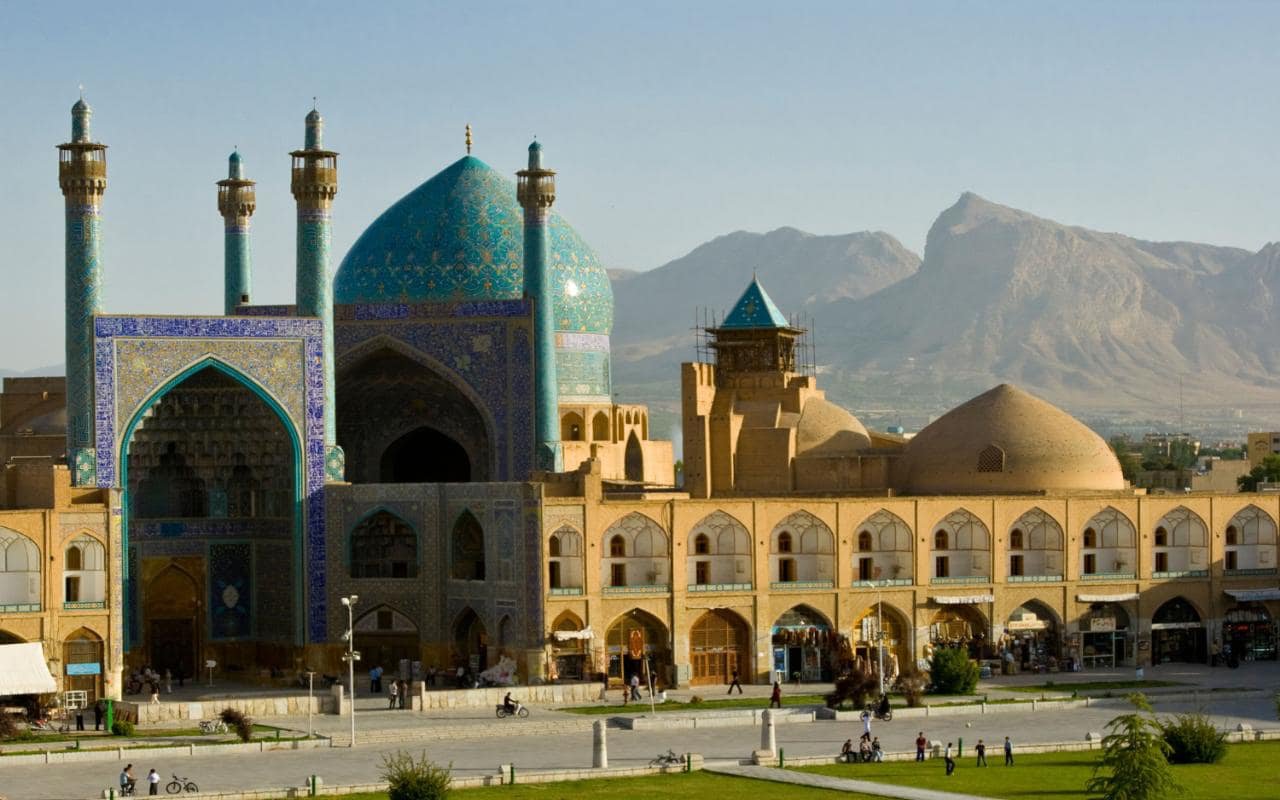 Hope developers will listen to us, and go for this change in coming updates.
Hopefully in the February update?

Central Asian is best. Even South Asian is better than Middle Eastern in my opinion.
In the other hand, I hope they can change Goths into Western European set, and make a new set for Huns and Mongols.

BTW, Indians looks lonely to have South Asian set. Is any possibility there to make another civ have South Asian? Burmese, Tibetans in the future or even separate Indians into two civs?

A Tibetan/Mongol building set would be good We need that along with the Tibetans naturally.

If we have to apply South Asian Architecture to current civ roaster then Persian or Malay may be the closest candidates for historical reasons. Malay being a hindu indic civilization and persian need domes.
I do pefer central asian set as the best choice for persians.

The Persians should have the Central Asian architecture because that style friggin’ originated in Persia. It suits them way better than it does the Cumans, who could’ve just as easily been given the Eastern European architecture (it was really only the ones who went on to become the Mamluks or moved to Turkey who were Muslim; otherwise they were shamanists who became Christians).

The only guesses I have as to why the Persians still use the original Middle Eastern architecture set is that 1. It doesn’t really not suit them like it didn’t fit the Byzantines, 2. Not wanting to change too much about the original game (which is why the Huns still have the same architecture as the Teutons despite being absolutely nothing like them), and 3., The Persians civilization is still supposed to be primarily based on the Sassanids, who existed before the Central Asian architecture really developed and whose buildings looked more like the brownish set that the original Middle Eastern architecture uses. Regardless, I personally think it’s ridiculous that the History description on the Persians strictly focuses on the Sassanids, who were primarily a Late Antiquity culture, when Persia had multiple impressive empires during the actual Age of Empires II timeframe, like the Ghaznavid and Khwarazm empires. Considering Genghis Khan attacks the Persians in Samarkand, it would be way more accurate for the Persians to use the Central Asian architecture in that scenario.

Central Asian is best. Even South Asian is better than Middle Eastern in my opinion.
In the other hand, I hope they can change Goths into Western European set, and make a new set for Huns and Mongols.

Give it to the Cumans, as well. They too were steppe nomads and the Central Asian set does not fit them, as they’re supposed to be distinct from the Golden Horde/Timurid-based Tatars. Since no new civilizations were added in Age of Empires I Definitive Edition, the set could also possibly be given to the Scythians if they were introduced.

BTW, Indians looks lonely to have South Asian set. Is any possibility there to make another civ have South Asian? Burmese, Tibetans in the future or even separate Indians into two civs?

I don’t know too much about Cumans and Indian Subcontinent, but I agree that It doesn’t make the sense that use Indians and Chinese to represent other civ around them. Chinese is Han basically, too different from Khitans, Jurchens and Tibetans. In the other hand, Indians seems to be represented by Rajput because of their campaigns, it is irony that Indian has no cavaliers and melee elephants but camels what more powerful than Saracens.

Unfortunately the East Asian Set is based on Japanese Architecture, so it doesn’t fit Chinese either. The torii gate, paper wall are japanese features…

Unfortunately the East Asian Set is based on Japanese Architecture

Of course I knew it.
It can be possible to giving each civ with their own architecture and units set when DE was making. The player’s communities would glad to accept it, but the team didn’t do this and even claim that no more new civ, such a shame. It needs Jurchens, Tibetans, Khitans as well as Siamese and Uyghurs to make the east Asia get the respect.

Just separate all the civs in the original dataset into their own unique civ and let the modders take care of the architecture modifications that way the player can decide what they want to see as you will never get everyone to agree on these things.

They should add a Chinese/Vietnamese set and a Mongol/Tibetan set when Tibetans are introduced as a civ. Koreans and Japanese can use the same set.

I agree we need a separate set for atleast the mainland east asia i.e. chinese/vietnamese. Afterall they constitute a large percentage of world population in medieval era. They deserve some love. 5 civs sharing the same east asian set based on Japanese feels so odd.

Mongols, Huns, Cumans should get some kind of Yurt Architecture with Tents/Yurts. Cuman wonder is a captured castle with a yurt in front of it.

Persians and Tatars need to share the Central Asian Architecture with those vibrant blue domes.

New civs will be a bonus but this is all that we need for current civ roaster.

Devs plz consider this visual change for the next update. Majority of people agree.

If the team was willing to make the own looks for each civ, that would not have any problem now.
The cause is that the team ignores the ethnic diversity and magnificent history of East Asia. There are 15 over civ and 11 campaigns in Europe but only 4 civ and only 1 campaign in East Asia.

There are multiple choices for the Huns, they originated from Central Asia, they expanded into Eastern Europe and India, they raided Mediterranean. They are currently having the Central European Set(Germanic)?!? maybe it was meant to be a barbarian architecture with Goths as well in the original AoK. It is really hard to decide a proper choice for them.
In my opinion Central Asian is the best suited for them as well. As their origin is from Steppes of Central Asia and their in game dialogue language is Mongolian.

They couldn’t include this simple visual update demand…

Hey, after all they gave Steppe lancers to Mongols because people were asking for it for historical accuracy. I guess they will discuss that as well. Just 2 hours ago I wouldn’t have thought they would dare to touch an Age of King civ (besides Byzantine because it was way too innacurate), and now we have new Goths, Mongols and Teutons!