An infantry unit. Cheap, faster to train, good for harass. A kind of trash eagle warrior.

Is affected by Supplies, Squires and Arson

Funny idea.
But i fear that this will make scrushes obsolete.
Also I don’t know what Gold unit it would synergizes with, it looks to me just like a solid standalone raiding unit.
And strong in trash wars also.

Maybe 4 attack is a little high for Feudal… 3 attack could work, because is -2 than scouts.

it’s actually more about the food cost, you could make basically 2 x as much of them as you can make scouts

I think the Problem with infantry is very complex. It took me also a while to bring the shieldman in a state where I think it is kind of balanced.
With infantry having so few usable counters especially gold efficient counters they have a very high risk of being completely broken with no or very low gold cost. And we must be very careful with designing them… at least how the game is currently designed.

Btw your design has very high similarity to the karambit actually.

After I finally made the Civilisation Hub complete I found some time to Start making the Mod I wanted to with these units.

The plan is to Make 5 civs now, but 2 of them are just edited old ones that can use an overhaul. It took me a long time to find the best civilisation fits for these units, but I think I found them:

Swiss. Swiss were famous for their Infantry and though I don’t found evidence for a pure shieldman in their compositions, they actually used a lot of differently equipped Infantry to combine their individual strength. So the shieldman is just basically an analogy for the characteristics of the “Gewalthaufen”. Swiss also offer different things that can be very useful when designing a civ that is mostly built around infantry. Certain bonusses that make it (hopefully) viable.

Aragonese: Aragonese fought off the Berbers together with Castille. The current Spanish is mostly inspired by castille so I chose Aragonese which are also generally more fitting to the concept I have in mind, cause Aragonese were less focussed on heavy cavalry and instead used a lot of different Weaponry.

Songhai: Songhai give a good mix of Archer / Cavalry combination that fits the concept of the camel/lightbow combination I strive. It allows also to test one thing I always wanted and this is a civ without chemistry. Ofc they get a UT as replacement for their archer line, but all the other stuff doesn’t
gets it anymore.

The Civs that will be removed/changed to the new ones are: Burgundians, Sicilians and Poles. Because of their gimmicky techs.

Then I decided to add one more Unit. This is against Halb/Siege and for combination with Steppe Lancers. It is given to Cumans cause I need to remove cuman mercenaries to make space for swiss mercenaries and it gives me an excuse to remove the Cuman 2nd TC. Haha.
It is the Flamethrower, a weapon Cumans adopted from the Byzantines and used for a short time in their army for their famous sieges. Flamethrowers deal pierce-through damage like the Chakrams, but with way lower attack values. Instead they attack faster and have bonus against Spears, Siege and Wall/Gate. This should complement the Steppe lancers perfectly against all non-camel civs.
Against Camels I plan to adjust the Kipchak, removing the extra arrows, but giving bonus damage vs Camels, so it becomes a CA specialised for anti-camel. As Cumans miss Bracer this is viable in my opinion. For all other CA civs it would probably be too oppressive.

(I will most like revise this design cause the pierce-through damage stuff is hard to balance in theory and needs a lot of testing.)

Thanks to all the diligent Civ Concept designers for inspiring me.

Hope you know how to do datamodding.

As far as I can see datamodding isn’t so complicated.
The things I am concerned about are more:

Why doesn’t have steam a good version management system?
How do I get Models for the units? (I’m really bad in that, so I can’t make my own unit models)
Reading in all the weird stuff the devs implemented for workarounds that aren’t self-explanatory.
Where are the files to change?

And for the beginning I mostly just copy stuff and then change individual values, this way I can gradually get an understanding what which value does and learn also the syntax “passively”. That’s generally how I approach when I try to learn new technical stuff and so far it worked just fine.

How do I get Models for the units? (I’m really bad in that, so I can’t make my own unit models)

Then you would need to find someone willing to do it.

It’s not like that. You need your directory folder structure, if you make a datamod, it should be something like yourmod > resources > _common > dat. You then zip all of that, and you can upload it. If you want to do graphical changes, you need a second mod. If you want to do stuff relating to renaming units, you need to write a modded string file, which, depending on how much you are doing, will take a while to a very long time, and then you package that as a separate mod, with directions to install both. The string file is a subset of your graphics mod, going in the directory yourothermod > resources > en > strings > key-value. I’m pretty sure the reason you do it as two is because either A) something breaks if you do it as one, or B) because your string changes would only apply if you loaded something with the datamod.

How do I get Models for the units?

You cant as the game uses 3d models rendered as image sequences.Best bet is to get someone who knows 3d modelling to replicate ingame units.

why is everybody only using metaspeech these days?
I remember in old times we had clear tutorials that just told you how things work directly.

I can’t tell you, I never did modding in the old days. I’m literally just giving you the directory paths you would need for a datamod and string file. The modded string file is something you write that controls the text for the units and buildings and techs ingame, such as their description and names. 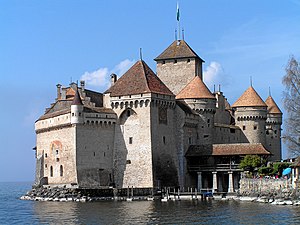 [Hub] Civilization Concepts
Future Trash unit ideas?
Is there a chance that AOK civs get some new features?
Regarding this One Gold + One Trash + One Siege
Monk type UU?
casusincorrabil July 15, 2022, 10:00am #37 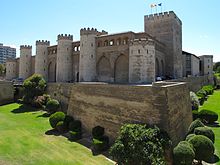 Again also thx to the other Civ Crafters for inspiring me.

When Aragonese Villagers deplete a gold mine fully, they will construct a silver mine on top. The Silver mine can garrison one villager which will slowly generate Gold (at 10 g / minute).

So a never ending supply of gold?

Correct, but the silver mines are easily destroyable and limited by the amount of gold piles on the map.

Actually I made a mistake with the aragonese design 11. I wanted to design a Civ that is dependent on Gold income and I gave them FU trash 11

What is wrong with using established patterns that work? I don’t want to make comletely gimmicky civs. Ofc each of the civs has it’s uniqueness, but I try to fit it in the existing game.
I think it’s good to have this kind of Balance.

Look at the Jinete, is this really so close to any other unit we have already? I think I made a very unique design without using any gimmicky stuff.

The Oasis is a unique Building available to the Songhai (from the start of the game). It is quite expensive (500 W, 100 G, 120 s), but gives a trickle of (90D/100F/110C/120Imp) Food per minute. The Oasis loses 750 HP per minute which is the exact amount a single Villager can repair it. It has 3000 HP and a size of 6x6 tiles, whilst units can stand everywhere except the inner 2x2 tiles. It can be garrisoned by up to 20 foot units and heals all allied units standing on its edifice as if they were Garrisoned. Garrisoned Villagers and ranged units can fire arrows from the inside. The whole 6x6 building also functions as a ressource drop-off like a Town Center for all allied Villagers.
The Oasis can’t train Villagers, but Goats instead. Each Goat needs 25 F and 15 s to produce.
The Oasis resists 40 % of bonus damage, but it’s extra arrows also deal no bonus damage.
The Oasis Arrows deal (4 D to 7 Imp) damage per shot and are affected by the archer attack upgrades, but the Oasis has only 4 Base Range (up to 4+3 when FU).

What about a Elephant that gather resources similar way to a villager
It would cost more food, it would gather slower than a villager but with more resource capacity
The idea comes from AoE Online

I don’t think this will fit in any of my concepts here.
And I also thik this idea would lead to a lot of issues that would lead to the elephant vills having absurd designs just to “somehow fit them in”.
Thing is the current pop occupation of vills is actually very important for having interesting lategame situations and such a bonus can easily break that.