Remake of the intro

It would be awsome to see (not for the testing but the release of course) a brand new HD version of the intro of the firt game ! Loading the game for the first time would be a jump in the past and at the same time a buty to see. I thing that this kinds of emotions are what the devs want to give to the player.

More or less suggestions already back in 2017 but maybe no attention payed due to everything was still Bheta and development. BUT…

I really do miss the classic intro’s of both AoE and the AoE 2. With advances in cinematics it should not be hard to remake those intro’s and make them absolutly world class!.. I mean they can reseruct Governor Tarking and Princess Lea with CGI in Star Wars. Sure we can make a more epic intro then the current one…

Someone did an upscale https://youtu.be/u6MzHAvC5z4

Making an over 3min cinematic intro takes some effort, seems like a waste of ressources to me.

Oh it totally is, but it’d make a lot of people (including me) very happy

Thank you for sharing. Its a clear improvement but not the level that i was meaning. stil clumsy and out dated

Making an over 3min cinematic intro takes some effort, seems like a waste of ressources to me.

Maybe, still i think it would be worth

Oh it totally is, but it’d make a lot of people (including me) very happy

I think it’d be cool, but something that I’d only watch once or twice, to be honest. Making a 3 minute video would, indeed, take a fair amount of time and resources. I’d prefer, for now, that time be spent on the game itself. Maybe someday in the future, after the game is more polished, stable, and has more cool embellishments and they don’t have much else to work on… then, yes… an remake could be nice to see.

This is similar to my old post about how I wish there was an AoE museum type of section in the game, to take a walk down memory lane. In my post, I mention the original boxes and the original manual being viewable in-game, but even more, whatever insights, interviews, or media they might have of the original production during early Ensemble Studios days would be quite cool to see in an “Museum” type of area of the AoE2:DE game. In this area, could be access to the original intro movie in its original form, and possibly your re-made version.

I came across a past AoE2:CE purchase. Took some photos. Made me think it might be cool if Microsoft made a digital version of the old, original box and manual (of the game and expansion pack) viewable in game. With page curling/turning animations and nice quality paper page-flipping sounds. [20191228_113411a] [20191228_113524] Want to take it over the top? Have a top-down view of this manual, sitting on a rustic wooden table, lit by candlelight (maybe with subtle torch flame sounds or crackl…

Someone did an upscale https://youtu.be/u6MzHAvC5z4

as much as i would like a remake of the intro, i think resources will be appreciated more elsewhere

In rpely to both remarks.

The question is whether the same people would work on it. i geus the intro movie and bugs etc are some what completly different topics. I dont believe them to be on the same desk…

I mean, I already agreed that it was a waste of resources

The question is whether the same people would work on it. i geus the intro movie and bugs etc are some what completly different topics. I dont believe them to be on the same desk…

They’re all paid in the same currency, though. For a fixed budget, if you want person-hours spent on creating a movie, you have to take person-hours away from bug fixing.

Here is remastered intro as a mod. I would prefer development budget to be spent on improving gameplay, not making movies. If they can get some extra budget for making movies by people, who would otherwise not work on the game, then fine.

Well, they may be a small company and certain positions could very likely be staffed by freelancers, especially positions in the art department. In that situation it could be possible to not hire as many art department staff as programmers etc. to focus on game-breaking issues.

Doesn’t make sense to me. If the game had non-game breaking bugs then yes fine, but I argue that the bugs are so severe no one would want to jazz up the intro anyway.

It;'s all about the nostalgic

So, I know this isn’t as important as many other issues with the game, but I was thinking: why don’t we have the remastered version of that OG Intro? 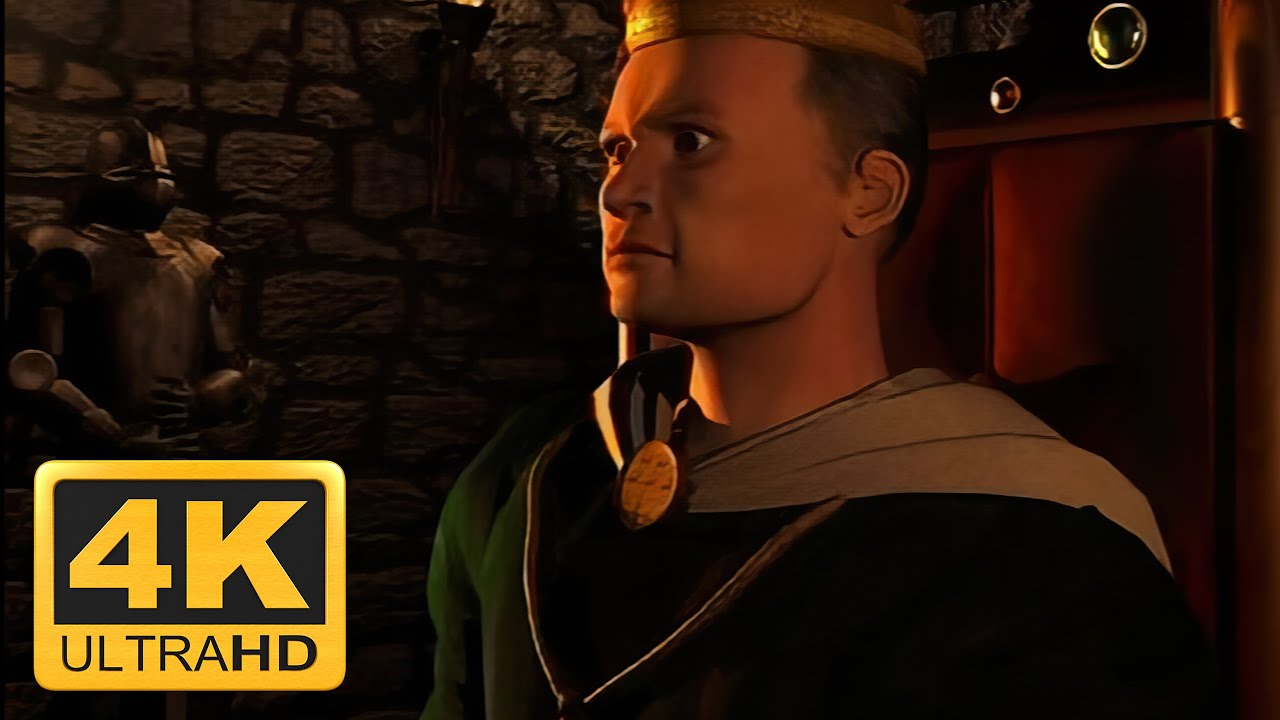 This is sort of a remastered version, but fanmade.

Are we ever going to get a better version of this intro for the DE? Maybe even for the November update?

Yes that was exactly my point. The video you showed was refered to here as well but i still feel like it doenst get close to the level now a days a intro vid can show…

honestly same aplies for the origanal AoE battle field intro, that on level with nowadays quality would be eqaully epic, but thats for another topic

For sure, that’s why I’m asking for a better quality even compared to the remastered one

Now the real question is: why did AoE3 got to enjoy a remastered intro but no the others 11