Request
In the secondary panel you can deactivate the production in that building, the Delih mosque has an activation for the garrison of scholars so it would be something that is activated similarly

disabling production should cancel all previous building production, to prevent that from serving as a garnish 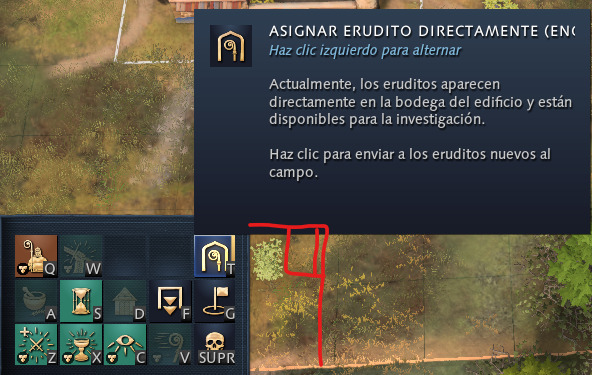 Note
I don’t know of an rts game that has it, the tool will also allow you to devise various attack strategies, I hope you consider it among your priorities in game development, I also think it is very important that units prioritize attacking units to attacking buildings when using the A key, I already requested it, I hope at least that is prioritized after balancing the sea, thanks.

[D] coh2 is a game also created by Relic, the game has an ability so that tanks do not attack infantry (prioritizing other tanks) unless given the order. Something similar can be implemented in aoe4 so that you don’t attack buildings, docks (or farms) unless given the order, currently we see that attacking the enemy base is poor because they attack buildings and not units. [edificios] Reddit poll

this idea is good.

also on sea battles if you build baracks at enemy-islands, it would help to play efficiently there

here is another example, 1 of the 6 archery was put on offensively, if the attack stops and you have to defend your base, you don’t want that building to produce units so you have to disable its production 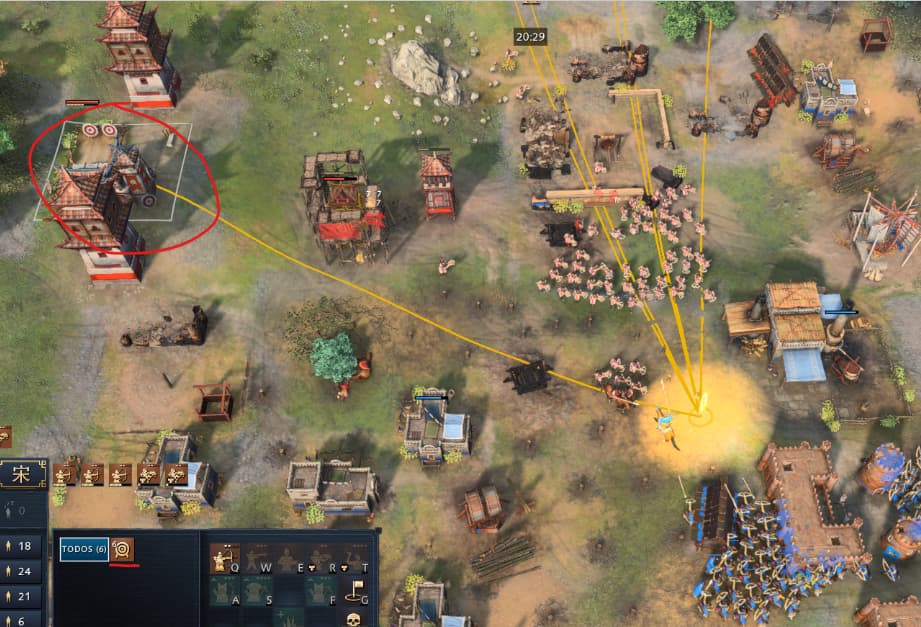 I want this feature. great

Wouldnt be the same tedious with the feature you are requesting? I don’t know Im using hotkeys and when I select a building or multiple buildings I just cancel all the production there (with just a single key press!) when needed.

I personally don’t like this feature (debatable), let me explain why. One of the changes compared to aoe2 is that you can’t garrison your production inside your buildings. So this could change aoe4 gameplay somewhat; you can garrison slow expensive units by using disable production feature (for example 5 War Elephant, 5 Nest of Bees, 5 Baochads, etc.) by using it just before the unit gets out of the building or if you are 200/200, thinking of multiple buildings in one spot (5 stables, 5 docks, 5 siege workshops, etc.), then pop all 5 units at the same time. Then if a player with faster but weaker units is maneuvering around your army and attacking your production to gain advantage that way, you could still go back and defend and even get out those 5 units.

I like the meta right now and Im not sure how much this change will affect that in a good way.

You couldn’t activate it by accident because it’s in the subpanel so you should activate the subpanel first. So if it doesn’t affect you then more options is better.
I’m telling you, I’m not interested in fully reassignable keys because I think the grid is better, but if they implement it, that doesn’t affect me and that’s why I didn’t oppose them doing it.

It seems that half of the players are still using control groups in the buildings, I consider it a bad habit that should have been changed when the hotkeys were improved to select all the buildings of a type, however in the previous patch it was prioritized to correct the hotkeys that they recognized some buildings

edit
disabling production should cancel all previous building production, to prevent that from serving as a garnish

lemme explain why its still perfectly sensible to use control groups for buildings, instead of having to cycle through every building (that doesn’t mean i don’t use cycle/select all hotkeys), you have 5 barracks at the front line, 5 more at the base, the last thing you want is for barracks in base to produce units, just put 5 at front into a control group, problem solved
as for your suggestion, while good on paper, it will likely make already limiting UI even more limited, making a sub panel for every single thing is the source of that problem, this isn’t me comparing to older aoe, this is just cold hard truth, the way i see this suggestion is, you have to cycle through each individual building, and toggle production in each individual one, having it in a sub panel , needing extra hotkey to access, see how convoluted this ends up being, that is, if done in this specific fashion, its 30 actions on what should take 2, 3 max

In fairness to you tho, i think this suggestion has potential, just wanna be clear how easy it would be to screw it up by making it more clunky to use than other alternatives

to me, any form of QoL is welcome, as long as it doesn’t involve the game making decisions for me, this one could be really good, if carefully implemented that is, something relic has both done right in places but also dead wrong in others (broken smart select anyone)

I have verified that when using A, they prioritize attacking units than attacking buildings, not only at sea, thanks