you have already do the same on aoe 2 so PLEASE I BEG YOU stop doing the same mistake again and again and learn from it !

yes i take good fun on my team game only 20% of time cause there is always someone who don’t have the LVL ! 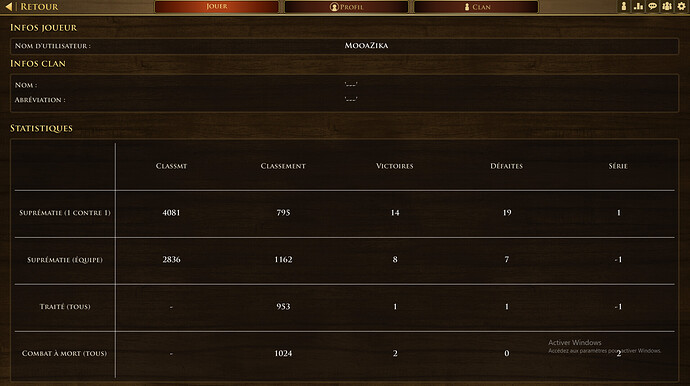 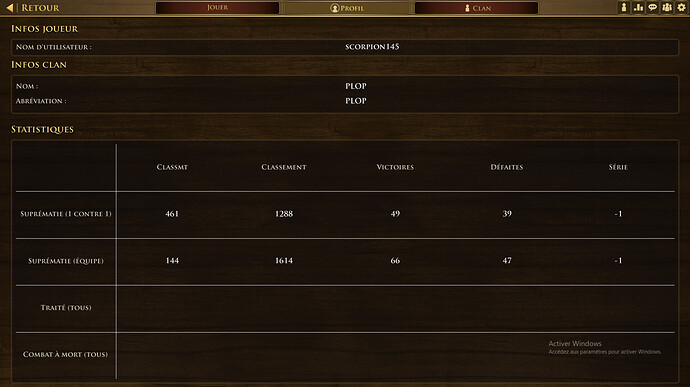 This isn’t a bug though, just a problem inherent with quicksearch especially with a smaller playerbase. This will never be resolved; it and the playerbase will just grow smaller with people continuing to quit en masse with the only real divergence from this trend being when a new patch is released for a brief moment.

I am well award of that, but why is the playerbase so small ? maybe just because they are way to much probleme actually and they are to slow for resolve the biggest !
and according to the team game in solo Q i am well award it’s not really a “bug” but when you tag this sort for ■■■■ game after 4 min Q how do you want not rage ?! I am generaly really calm but this time they really have upsat me.
And I prefer from far never play them play this sort of game, that’s why I tell it again, lobby TG is the easier and simple way to solve a lot of probleme !

Yea definitely agree with lobby games when you got a game like this with a smaller playerbase. Another problem that’s exacerbates the problems with qs is the mmr algorithm they use. Elo would be better, pr would be better, the current rating system is terribly inflationary.

Currently in a team game rating loss/gain is based on only the highest rating on the other team vs your rating so when a game is played between players with rating disparity additional rating is created. Your rating one game mode also affects your rating gain in the other for some reason so when you’re at let’s say 2k rating in sup team you’ll gain an absurd amount in other game modes when you start playing them assuming you win one game; for example this guy with 1599 in treaty after one game.

While elo itself is slightly inflationary that is far surpassed by the way they calculate mmr right now which ensures people will continue playing unfair games especially in teams even if the playerbase was bigger.

If you want to advocate for ranked custom games here are some threads for you in which you can express your support.

First, thank you for listening and showing ranks for custom lobbies. Second, 1v1 should always be quicksearch ranked. I think for 1v1 players, ranked custom would be a step back. Intro: For team players 2v2/3v3 (arguably the majority of players), as shown here: https://eso-community.net/viewtopic.php?f=982&t=21856 would appreciate ranks for custom games. We appreciate you listening. BUT… We also need seperate ranks for custom and QS, here’s why: Argument 1, QS & Custom offer different expe…

Elo is going to be added in lobbies, but not the way it should be done III - Discussion

Please read this too : Developers, a CALL TO ACTION. Mutliplayer needs FIXING! “ELO stats will display in casual lobbies when hovering over player names.” Is something they’re working on according to the last patch. And I thanks them for that, they actually do listen the community and patches are great for now. But please, dont just show the QuickSearch elo in normal lobbis. As everybody ask for weeks now, we want a rank system in the lobby, as it was in TAD and in Vanilla. Because : Just…

generally speaking for treaty i would suggest playing in the weekends, i haven’t had many issues finding games though queue time usually is 5-10 minutes and I’ve only ever found 2 vs 2 games (1 vs 1 isn’t a thing in 40, and i wont search for it). the map pool i actually like, it is refreshing not always playing deccan and Andes with the odd Himalaya or what have you. a couple of maps have especially been positive additions like: malaysia, and some other map i can’t recall punjab maybe? i agree…

There should be a search range limit, just like ESO has.

With the current rating systems inflation it doesn’t really matter as long as there’s any disparity at all between ratings in a game played inflation will just increase as games are played leading to more unfair games, they decided to reset aoe de ratings earlier because of this issue but it’s not really a fix.

@Amsterda9916 I am globaly agree with you even if on some point i don’t really know but what you say make sens.
however about the rating i think it’s more complexe them that in TG. let’s take a PR 30 you want tag with pr 35+ cause you can make fair team and you will have nice game. But in the same time you don’t want tag PR 25- because they became too low and they do’nt stand any chance because they really lower them the pr 30

and for the rating himself i think have an elo or PR it’s the same, as long has he is fair i don’t think we need change it

For me the problem is the Quicksearch itself, but this is not DE’s fault, it’s in everygame ever made.

What will happen ? The game will give u the 51th player.

That’s why people don’t play random in QS, or they accept to be rank way lower than they are in reality. That’s why I wish ranked lobbies, even if it’s not link to QS. So people can host a game when they’re alone and wait if they want good players only.

Why not the elo system for QS and the old PR system for lobbies ? (captain, major etc…)

and it’s basicly why we are asking for lobby, so will not have this probleme, and if needed you can wait more time for found an other player who is capable of playing the game

Well sure I don’t really think that’s a point of discontent though. As for rating I would also agree with elo or pr or both. People act as if elo is what’s being used currently but that’s not really the case.

on this point I am not agree with you it’s just we have played so many years with rank.
But rank or elo it’s basicly the same as long at it’s fair and there is way where rank will be more fair them elo or elo be more fair them rank as long as the ranking is easily understanting.