The Keep and Barbican in the face

Hey I just made an account to say I’m quitting aoe4 because of the tower rush. Particularly chinese tower rush. I loved games such as company of heroes and age of empires 3, and I really wanted to like this game. So I tried for a couple hundred matches online. But when every other match vs someone like china they tower rush me so I cant gather resources to stop them it’s just too stupid and to frustrating to play against. China build super quick, so I dont have time to kill their workers. And I …

In reference to a comment to a common player in the community, I have a proposal against the tower rush attack 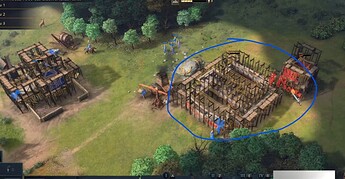 In my opinion, the advantage of the Mongol to apply this strategy is the bonus of the ovvo (nerfed in the dark ages but considerable to produce spearmen), I do not see in replays that the Mongols apply it against the English, surely it is because their villagers have arrows 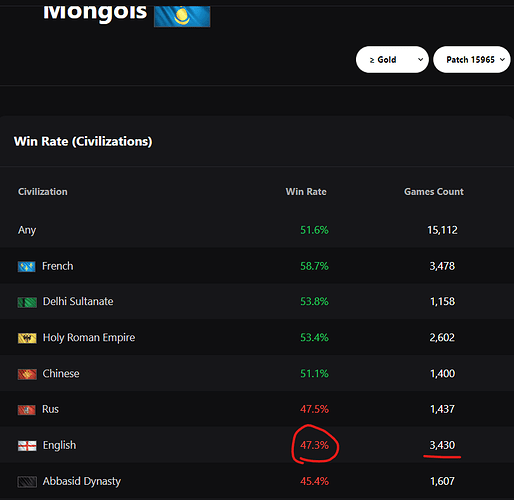 imagen813×790 37.4 KB
These are the Mongol winrate stats, the tower rush is also not very effective against Abbasid because it has battering rams in dark ages, but not all civilizations can be given that ability

Proposal
To avoid The Keep and Barbican in the face, all villagers have arrow attacks, their damage is: 4 base + 4 bonus against villagers (similar to the scout bonus)

Note: the time to reduce the construction time is exponential so reducing the time it takes for 12 villagers requires many more villagers

r/aoe4 - The Keep and Barbican in the face 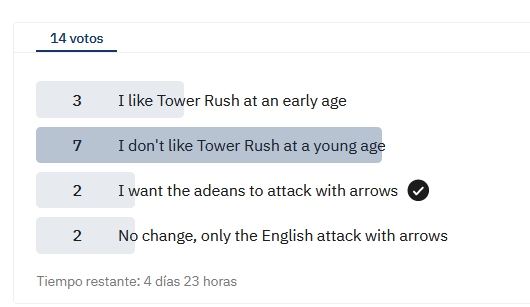 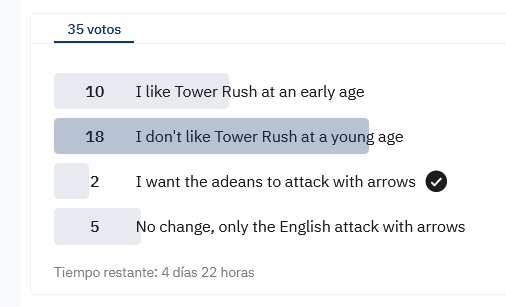 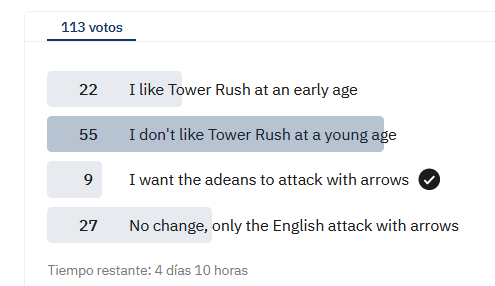 it’s hilarious how ppl ask for asymmetry and simultaneously in another thread ask to give all villagers bows.

PS i would play with HRE and vils with bows: IMP + mass archer-villagers from super fast TC.
Or French rush → 10 kts + PULL THE BOYS to kill pikes == instawin.

Could you specify what you mean by IMP + mass archer-villagers? thank you

The calculation of the attack is left to the discretion of the developers, but the English have villagers with arrows and do not use it as a military or as a critical unit in battles against spearmen.

Barbs kinda I get, they are early, aome are not necessarily ready with units or whatever…but how on earth is someone building a keep in your base in Castle and you have no way to kill the villagers. This seems like a operator error more than a game balance issue.

English is hardest civ to TR or do anything very early on because villager bow dmg + longbows which hard counter tower rush and are best defense against them.

And so what if opponent builds BBQ next to your base? It blocks maybe 1-2 resources. If you understand where you TC spawned you can effectively stop the TR/BBQ rush to do anything other than relocating your villagers once or twice at most.

Top of that you can freely build 1 segment of palisade in location which you feel is most vulnerable which also stops BBQ rush and costs 15wood and you dont even have to fully complete it. Leave it 99% and cancel it when you feel like it.

Just keep removing strategies from strategy game like before with stonewall tower rush, deer stealing etc. Lets just everyone play simcity for 60min so everyone for sure gets where they want to be and fight once to decide winner

And not like ML has not lost in other strategies too?

May have the video. Im curious how he reacted.

The problem with the tower rushes and Barbican rush is that you can see it coming, pull all of your villagers to stop it, and it will still go up. They need to add Villager vs Villager bonus damage into the game so stop this kind of crap.

I stopped playing Age of Empires IV because I was annoyed with this kind of stuff. I have played two games and this was my second game. Really doesn’t make me feel like playing more now.

I’d like to see it as well. Wonder if this was faster than he expected, he just chose not to worry about it, or missed it scouting?

do you want to give ML a few advices how to play?
nice idea.

No, I want to see the game to see how and why it happened and how he lost at 13min. Why on earth would I correct someone who’s objectively better than me?

But go off queen.

There is no need to correct ML, but we can understand if he made a mistake which lead to him losing the game. We see pros making mistakes same way as anyone at lower elo.

Usually lower elo player makes a lot of big and small mistakes but so does the opponent so it won’t necessary lead to loss, but in high elo 1 mistake can easily cost the game.

I like to refer to SC2 because its by far most competitive 1v1 RTS and has the best RTS players in the world, yet a lot of times players make mistakes or bad engagement which causes them lose the game. Like losing 10 workers at 3-4min mark to 2 widow mines can essentially mean the game is over already which happens time to time, but a lot of time it won’t happen because players know how to defend against it.

This is also reason why matches are not best of 1. Anyone can take off map from pro player with something especially if its ladder game where players are not 100% focusing, but to win tournament with one play is close to impossible and no one has ever done it.

Now I’m an aggressive BBQ/TR feudal aggression Chinese player, and games that go longer than 14mins for me results in a loss!! To be fair, most my games are vs English… which you just can’t tower rush; and not just English is good vs BBQ/TR, but Rus, Delhi and Abbasid are all decent playing defensively. In my estimation only French and HRE are heavily impacted by a strong bbq/tower rush that pushes them off gold. STILL last I checked French and HRE win rates are positive at the high gold+ levels (prior to rank adjustments)?? So HOw is BBQ/TR a PROBLEM if they don’t result in WINS???

show me in which strategy he has lost in less than 15 minutes? 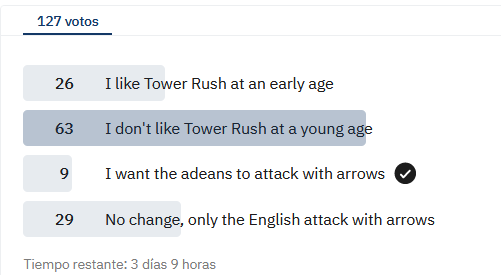 Not exactly a loss but wins game in 16mins 30seconds which essentially was already won around 14min mark. So your point?

I can bet that ML or any other pro player has lost games under 15minutes to things that are not TR especially if its ladder game. If its tournament game then ppl usually keep playing longer than they should in cases something happens but in ladder barrier of surrendering is much lower.

So your point being that pro players cant lose game under 15 mins and if they do then it means strat is op?

What is the excuse of skipping palisade next to woodline? He could’ve blocked that route completely with like 30 or 45 wood and that would’ve protected the woodline. Ofc it could’ve been torched down but it would’ve given more time to get archery range etc.

Also he wasn’t really scouting his opponent?!??! Like really? Gets caught off guard doing his own little thing but has scout near the opponents base but not actually taking threat of BBQ seriously and keeps it hidden in stealth forest.

If he had scouted the villager pull then he could’ve blocked BBQ build next to his gold with 45-60 wood investment of palisade.