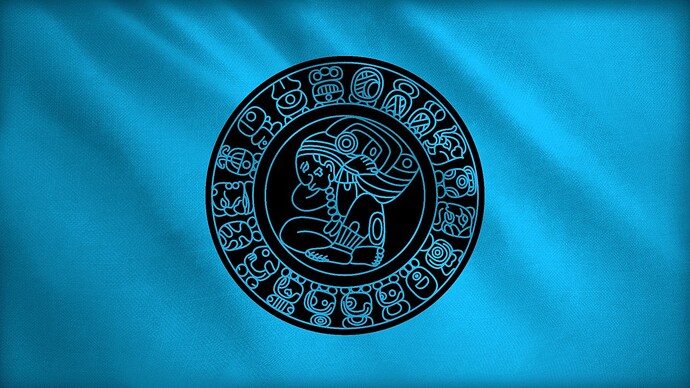 Imagen11280×720 258 KB
Ancient people, sages, warriors, builders, the great masters of Mesoamerica. The Mayans had a society largely derived from the tribes, the governments were manors or chiefdoms in which the rulers could even be under the authority of the priests, in themselves they were theocratic, but we must not forget that their religion was more naturalistic and in a certain way conceived the whole as something that should be in harmony, it was not so dogmatic.
In the war the ranged weapons as common, the use of the Holchan (Atlatl) turned the javelin men into dangerous infantry troops. In melee they used spears, axes and maces. The nobles led the armies that fought as they hunted, through ambushes, making use of poisoned projectiles with the poisonous slime that covers the skin of poison dart frogs.
A curious fact that could have repercussions is the Mayan blue, a color of symbolic status among the Mayan society and that was a compound of common use among them. 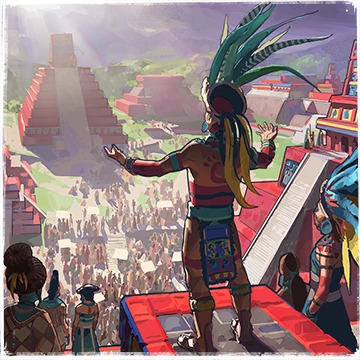 LANDMARKS
To Age II
Tulum Lighthouse: Have a big line of sight, all ships move 20% faster and are healed 30% faster in its area of influence.

Temple Of The Great Jaguar: Nearby units are healed and melee infantry gains +1 in attack.

To Age III
Central Palace of Uxmal: Acts as a town center but also can train priests and have an aura that increases the speed of villagers.

Snail Of Chichen Itza: Additional observatory (don’t count for the limit). Nearby buildings work 10% faster and 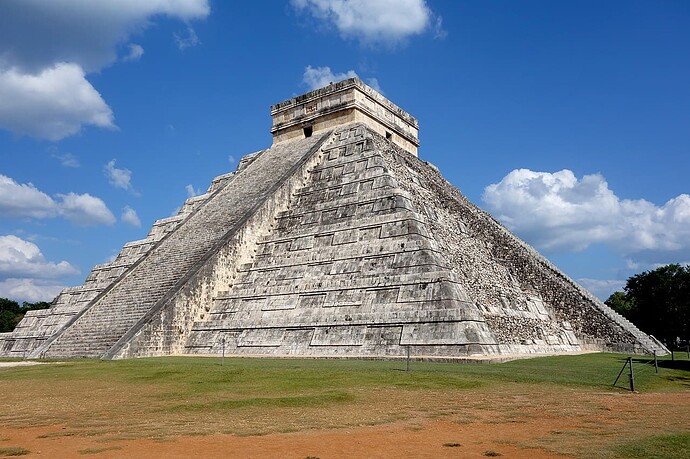 AMERICAN CIVS UNITS
This aren´t unique units, but only are shared with other civs like mexicas and other possibilities like Incas and Tarasco/Purepecha.
-Slinger: Fast shoot and move unit, but don´t deals much damage.
-Javelin Thrower: Replaces the crossbowmen and have bonus damage against ranged units.
-Axeman (Thanks for the suggestion): Replaces the Man-At-Arms, have less armor but more speed.
-Canoe: Cheap, fast and weak archer ship. 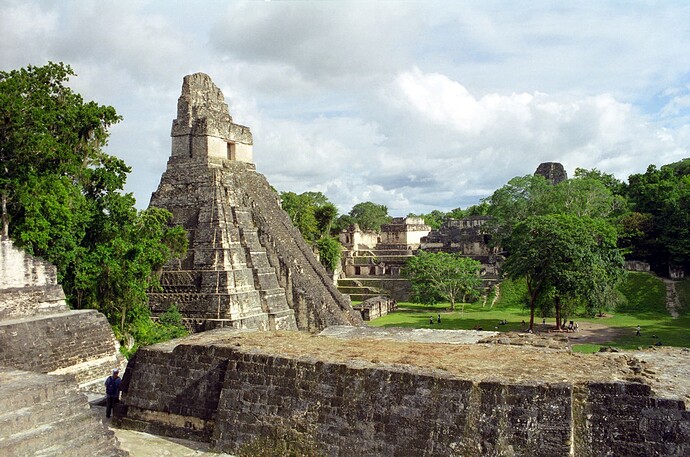 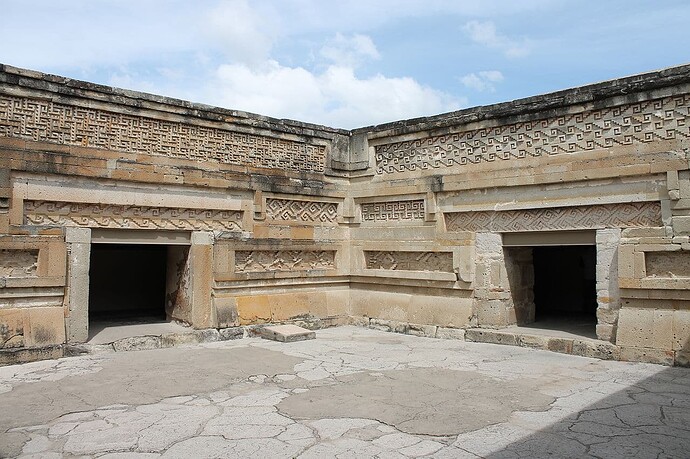 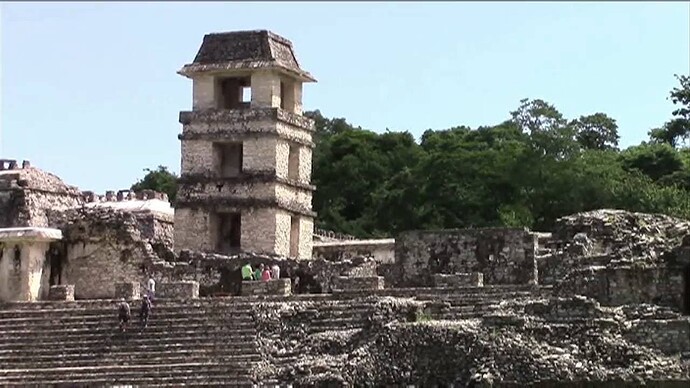 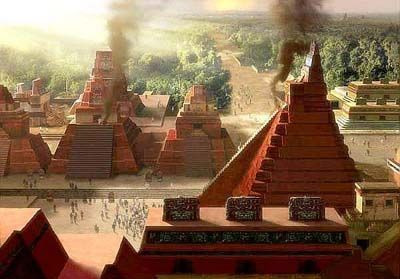 The Mayan architecture is maybe one the most developed in pre-Columbian America, maybe the best of American civs. The use of triangular vaults that are about to evolve into the arch, walls full of mosaics and stone reliefs carefully carved on plates attached to the walls, statuettes of gods, animals and important characters.
Temples such as the sorcerer’s house have an internal structure in the form of a spire for more support, large columns supporting the roofs of palaces and everything being nothing more than white lime and rock. The structures were meticulously planned using mathematical knowledge that anticipated every detail.
In 2017, Aguada Fenix was discovered, an ancient city in which the largest structure in the ancient world was built, an artificial clay plateau that outnumbers the pyramid of Giza and other pyramids on the continent that competed with it. 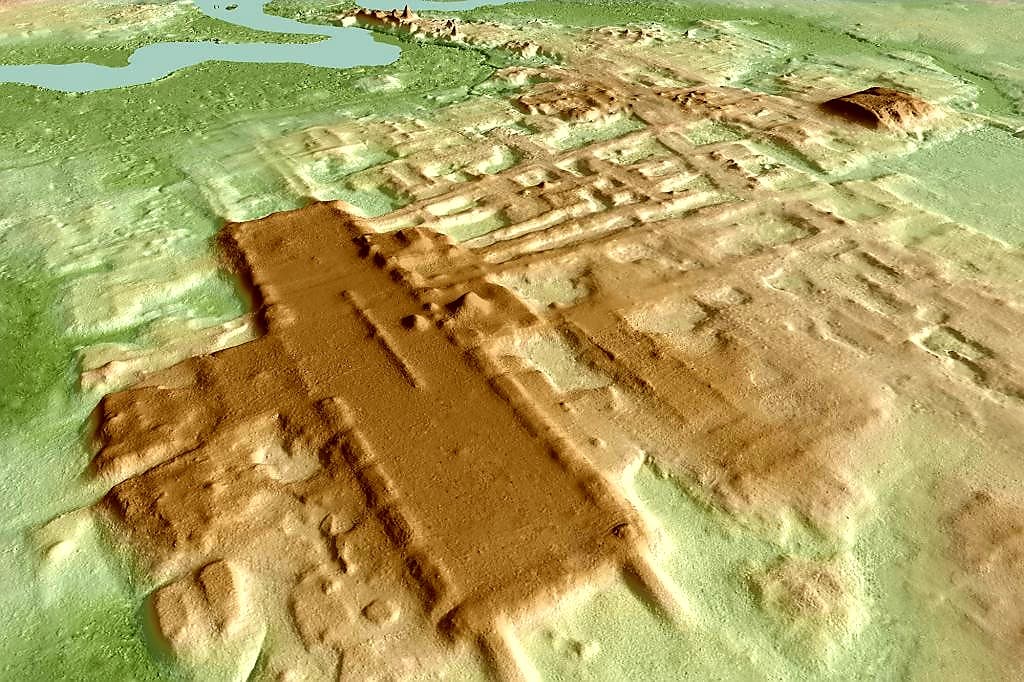 Btw, where did you find the Maya flag? Or did you make it yourself?

I had to make the flag I used for my Maya concept myself. xD

I just found the same iconography design and incorporated it. But I find it really nice looking regardless.
Does have a good symbolic meaning to it as well central to the mayan culture.

I make by myself inspired in your version, I just wanted to make a new version because I have always related the Mayans more to the colors they use in their murals, mainly Mayan blue.
The iconography that you used in the Mayan calendar seems to me to be a very wise decision, I even like the version that you found better, but I didn’t know how to edit it to use it as well.

Haha, you could have just reached out to me, I have the Icon saved as a black and white template so it would be a lot easier to incorporate.
I think I found it from some wiki-site about alternate history. What if certain civ existed into modern era.
But they themselves based it from Mayan Murals

Anyway, you did a really good job on it! I like it quite a lot, the Mayan blue is very nice.
Only reason I went with Yellow and Green was because its the colorscheme I mostly associate Mayans with for some reason. Guess its from all the hours staring at Topography maps of mayan empire remanants lol.