Im slightly confuse of having Archers, siege and boats that for example, have 7+3 range, and they get hit back by towers with 6+3 range.

why is that, I guess the double tile of towers causes something, but Dont know if its intended or not.
No matter how far I try to attack from, troops get hit back if they are just 1 range away, with 2 range does not happen

I have tried that, some times that is the reason, but I back off, then push attack from the further away, and still, just happen with 1 range and against towers.

But Okay, if its not normal, I guess I may go and experiment on the map editor to see if Im crazy or not

I back off, then push attack from the further away, and still, just happen with 1 range and against towers

I noticed that Attack Move may make ranged units attack closer than they really need to. Did you use the secondary click or the “Attack Move” command?

if its not normal, I guess I may go and experiment on the map editor to see if Im crazy or not

Yeah, the Scenario Editor can help with that and many other things. I usually use it to verify if I’m wrong with some bug I thought I found.

Im not familiar with the editor, so couldnt find the gold tiles to measure them better.
But here I put 7 tiles of water, the archer have 6 range, the tower have 5.
and no matter how much I pushed him away, couldnt get him in range of attack where he was not affected. 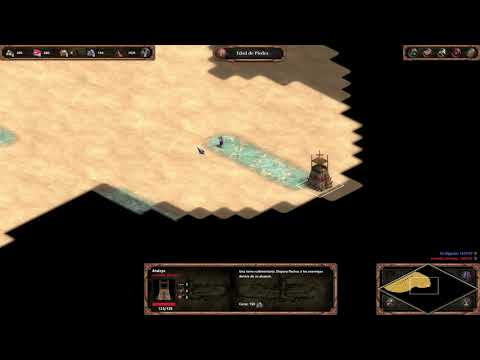 Even in some moments, he auto agro himself, probably is that, when units are going to attack, they move closer by default, getting in range no matter what, so towers are not getting more range, but units walk one tile closer getting in range

Maybe if I did the test with gold blocks instead of water that would show if the archer can shoot from 6 with out getting closer.

Towers definitely do not get extra range because you can outrange towers in brz with CA and CB that have 7 range vs 6 for Sentry tower. THIS DOES NOT HOLD TRUE IN DE, THEY GET ONE EXTRA RANGE; SEE BELOW

The units definitely do have a tendency to get too close though. I remember this being a struggle all the way back in the demo in the 90s as well. THIS IS BECAUSE THEY TRY TO TARGET THE MIDDLE OF THE TOWER, AGAIN SEE BELOW

A random guess would be that units are counted being in range as soon as their sprite enters the tower range but they fire from the middle of their sprite. This would mean larger units, like CA and even more so ST suffer the worst. My experience would concur with that. Stone throwers against 9 range towers need to be aimed at the ground next to the tower to not die.

I could be wrong though, I can try to remember to test this.

All buildable towers (Watch/Sentry/Guard/Ballista) have at least 1 extra range. 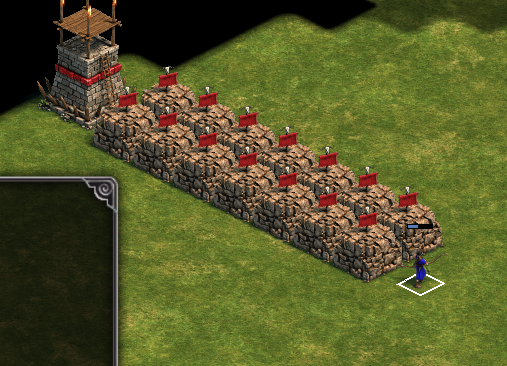 not only do they have one extra range, they have to be targeted into the middle of the tower. Which means other units attacking the tower have one less range when targeting it.

Interesting, and lamenting too. Hopefully this gets fixed soon. It’s unintended and makes most archers useless against towers, specially with primitive long-ranged units.

Did some testing, and they actually have not 1 but >1 extra range… Used small walls, with different colors to compare expected vs actual range with all towers.

they actually have not 1 but >1 extra range…

Fantastic deduction and breakdown of the issue, everyone; with detailed threads like these, you are making it incredibly easy for me to pass along your findings to the team! Bravo!

I reported this a while ago

Towers always have one more range than it says on them. This was also the case in the original version.

Indeed, it’s exactly the same as the original game and it’s intended.

So, what is wrong is not their range, but their stats being shown incorrectly in their respective information boxes.
I hope you devs update the stats then, so that they reflect towers’ approximate range.
E.g.: ≥8 (…instead of 7)