What improvements should AOE3:DE have?

Actually, taht IS RTS.
Starcraft 2 has extremely predictable strategies on all 3 races, to the point that it is mechanical to play, not strategical.
Red Alert 2 Soviets will always be Dogs intp Tank Rush, with no variation.

As for Age2 spain vs muskets… just build the xbows. they out-range the muskets and they can kite, so you can win without taking a single loss. That’s how they counter every other non-cav, non-archer unit in age2, and that’s why they don’t need a buff to their multiplier.

bow works vs regular musk; i said spain struggles age 2 vs musk CIVS then I listed the musk that give spain trouble janissarys, sepoy, ashi (espeically since they are much faster than bow and the 2 billion upgrades they get in age 2), british musk b/c both their eco and their units become more cost effective than xbow for spain. So no spain CANNOT (skill for skill) hang around age 2 vs a strong musk civ;

however I agree Spain WANTS to be in age 3+!! but if that trajectory is predictable then the game is pretty much decided.

Using past RTS games as golden standards for the next RTS is a failing strategy, since RTS is a dying genre.

OPn the contrary, RTS died because it tried to be too innovative, and became MOBAS and RTTs.

I used to play Lakota almost exclusively, and I always knew that the game was over as soon as I was out of hunts. This meant that the entire late-game portion of the game was completely inaccessible, and I just wasn’t allowed to participate.

Sioux/Lakota are like the Huns in AoE2, you have to rush with your strong Cavalry units (Bow Riders have a huge bonus vs VIllagers) and beat the opponent into submission early.

With them, I usually went for Colonial Age Axe Rider spam, and could even defeat Fortress Age opponent thusly, as long as I sent every Cavalry buff card available.

1.Request for traditional Chinese.
2.Love the old anime and sound when building crash + cannon’s anime
3.Wall’s building problem
4.sometimes army stuck in Indigenous‘s building because they are force to line up

I’m happy DE is coming out. One thing I’d love to see improved are the graphics. The units look too tiny. I’ve played around with different settings but can’t find any that are better than the graphics I have on TAD.

I wish that the colonies and Indian tribes from Wars of Liberty are there. And the card too!

Units Formations
e.g.
Set up in triangl or squarere, in representative groups as in Age of Empires 2!
That wouldn´t be bad!

Well, i’m gonna correct something. India Campaign take place in 1857
So I could say that Aoe 3 touch the era between 14th-19th century

Here some solutions.
So they add as I said : Inca Empire
Swedish Empire (It was an option but still okay)

But they still need to put :

In Oceania : Tuʻi Tonga Empire get grasp of all the strategic isle in the Pacific Ocean

Period time of this empire : 950 -1865 It was the only great oceanic empire and thus navigate easily through ocean even before the Age of Discoveries impose respect.

Middle-Orient : Morocco Kingdom : They beat the Ottoman Empire, therefore was respect even by Europeans powers the the authorization of the Moroccan Sultanate was needed to trade in the West part of Mediterranean Sea. THey also invade part of West Africa for gold. They try colonization but failed because they just needed the gold after all. So they do colonized (Just like every empire)

Also the outcome of Battle of Three Kings was clear : they win against Portugal (who are in the game).

Persia : They did explore Indian Ocean before the Europeans. They did modernize their armies, hence stop the will of the West to take Sefevids. They even fight a lot against the Ottoman and won some victories against them. Abbas II did won the battle against the MOghol to take back Kandahar. And Moghol is the indian civilisation in AOE3.

Oman Sultanate : OMan sultanate did won against the Portuguese and Persia.

They invaded part of Persia, part of Yemen, and Colonize the east african coast. Best isle known for : Zanzibar. 18th century. They do sugar plantation just like portuguese and have their specific laws for the colonized lands.

Africa now : - Ethiopia Was never colonized until the Italian try in the 19th century and owned them in the Adwa Battle in 1896. Ethiopia was one of the most nation-state of Africa. They modernized them quickly with guns, cannons, etc…
Portuguese help them against Adal Sultanate and Funj Sultanate. Ethiopia were highly considered till this day by the West. Sophisticated culture, philosophers, and also for business : Coffee came from Ethiopia.

Zulu Kingdom (1816–1897) Since they did beat the British, and did innovate in military tactics, strategy.
Zulu did make suffer the British before being colonized.

The Habsburg monarchy did maintain constant fight against the Ottoman, Prussia, French, Try to invade Italia and succeed in some ways. They did have overseas territories (Nicobar Islands (1778-1785), Drang nach Osten (East europe colonization) and adapt their political structures specifically for their new colonies.

The end of the The Thirty Years Wars also ended with intern colonization in the Holy Roman Empire. So… Put that !! Simple as that. !!

Asia : Split India in 2 part : Moghol Empire (that already exist in the game), and Vijayanagar who last until 1652 and was split unto multiple kingdoms. But the deep south of India was never invaded by the Moghol and So Vijayanagar represent the last Hindu Kingdom in Indian history before Moghol and British Colonial Empire.

One of main reasons of the fall of Vijayanagar Empire was : The Sultanates to the north of Vijayanagara united and attacked Aliya Rama Raya’s army, in January 1565, in a war known as the Battle of Talikota.[50] The Vijayanagara side was winning the war, state Hermann Kulke and Dietmar Rothermund, but suddenly two Muslim generals of the Vijayanagara army switched sides and turned their loyalty to the Sultanates. The generals captured Aliya Rama Raya and beheaded him on the spot, with Sultan Hussain on the Sultanates side joining them for the execution and stuffing of severed head with straw for display. The beheading of Aliya Rama Raya created confusion and havoc in the still loyal portions of the Vijayanagara army, which were then completely routed. The Sultanates’ army plundered Hampi and reduced it to the ruinous state in which it remains; it was never re-occupied.

Gameplay and the game itself :

Fix the problem of monopoly victory bug buttons
Fix the bug that doesn’t erase the button of evolving troops for outpost troops when you got the Imperial Age tech for getting them to Imperial troops.
Multiple teams on multiplayer juste like Age of Empires 2 or Age of Mythology

Real historical campaign (and you have plenty of that)

So if you can do that… WELL, THAT WOULD BE THE PERFECT AGE OF EMPIRES 3
If you still need help, I’m interested to participate in the project of the Aoe3 definitive edition !!

Thanks you !Tantalus Studios !! 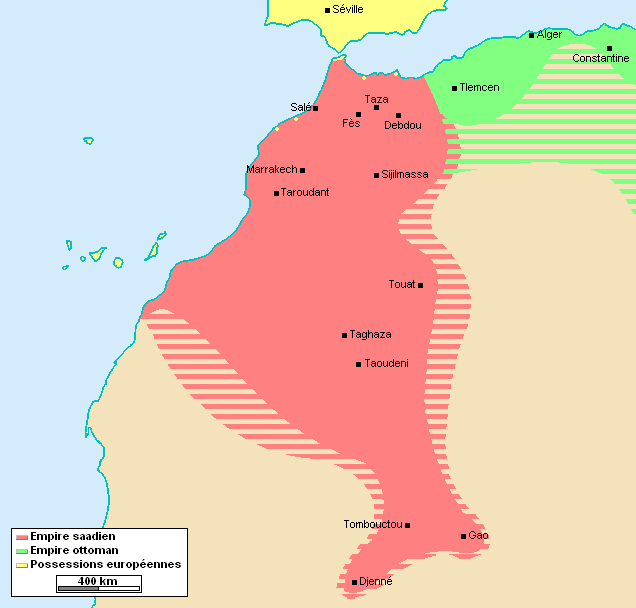 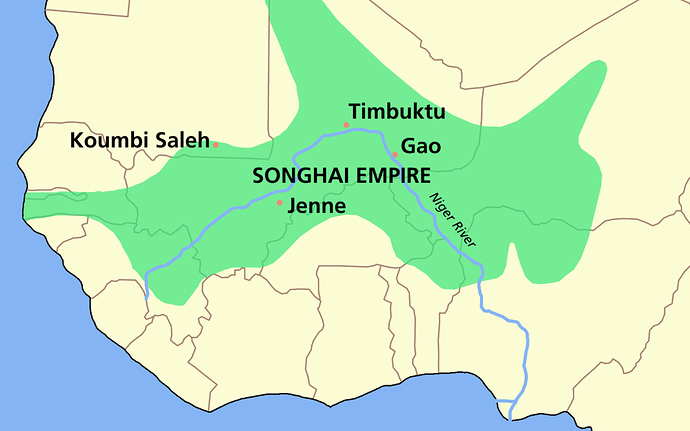 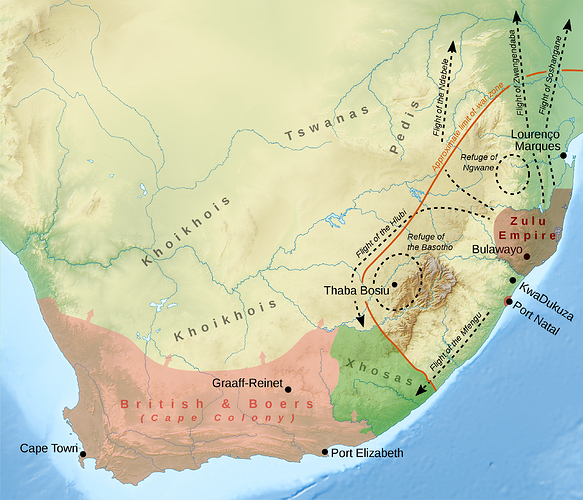 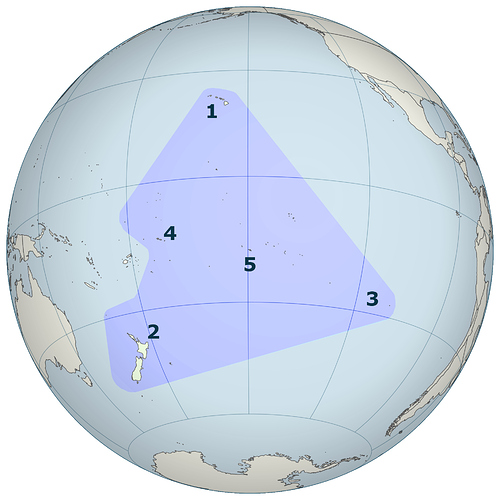 image1868×1868 428 KB
Oh and of course, somebody could ask about historical accuracy. THere you go (You need to read French though)

While I admire all the stuff going on here, people forget that Age of Empires III isn’t just a generic civilization fighting game. There’s a key plot that the base game kept to - the colonization of the New World. (Frankly, I have no idea why TAD was introduced - they had nothing to do with it, aside from the possibility of China under Admiral Zheng He.)

I dislike how people want to turn it into a global conflict thing when the base game was concentrated very heavily on the exploration of the Americas.

You’ve got it wrong… The Age of Discovery is not only America. It was the discovery of the ENTIRE WORLD… Magellan made the first world tour in human history.

So no, people just want it to be accurate and more interesting, and the developer is gonna follow the same way. You should read more history.

I’ve been a fan of this game for many years and I assume people who are willing to spend some time participating in these forums are as well. I find Age of Empires 3 to be much more diverse than its predecessor, while being an amazingly well balanced game.

I am surprised to see there are defiance from the community to add new contents and new civilizations. The extensions (Warchiefs and Age of Dynasties) were a very welcome addition to the base game because they let us go beyond the eurocentrist vision of the Age of discoveries, plus adding very cool and different but still balanced gameplay mechanics. The game would certainly benefit - and I saw many others posted already on that - a whole extension with African powers.

The only issue with adding up new civilizations is the potential to break the balance between civilizations. On that perspective, I can share concerns with other people from the community.

And this is exactly how you’re wrong. Age of Empires 3 period IS the Age of Discovery. THe first game table on the discover of America because it was the ‘‘new continent’’. BUT WHY DID THEY FIND IT ? Because they want TO DISCOVER ASIA (AND INDIA in particular for their spices), and all of this was inspired by the travel of Marco Polo who went… IN ASIA !!!

So you’ve got it wrong. And Zheng He sails in Africa, not America. It was a fool called Gavin Menzies, who didn’t even finish secondary school ( LOL ) who wrote a book about it because he lived in CHina when he was young and is a british marine officer (probably for getting fame and money, nothing else).

After having played a metric ton of age of empires 3 I must say im really loving it.
Tinkering around with crazy new builds and seeing what you can minmax or change up to throw people off is good fun but there are a few areas id love to see some drastic improvements in especially when it comes to new player experience and readability for both veterans and and newer players alike.

That’s a minor one, 2 and 3 however I feel could be big as they tie into each other for readability.

A lot of cards read out their effects a little more simplified, especially when its about a certain unit, say bonuses to uhlans, yet someone may not know that uhlans benefit from all hand cavalry cards, hussar bonuses and uhlan specifc cards and all general cavalry cards as part of team bonuses.

It would be a longer process to rework parts of it but could I feel be worth the effort, especially as nation specific units, saloon units/mercs and revolution units have drastically different names but fill the same roles and its partially unclear whether or not a card will effect a unit or not.
This is especially the case when building revolution decks and you’re wondering if you should play skirmisher bonus cards before starting your revolution in case it would improve your revolutionaries (and they don’t) , or if your musketeer cards would benefit your indepence guards (which they do).

You can have Lakota villagers with 303 health, 44 melee, and 52 siege, but you can’t get anywhere near that with any other villager in the game.