What the actual hell did you guys do to Scenarios?!

I want to point out a couple of things that have had a devastating effect to Custom Scenarios after the update. Before I began, I would like to point out how truly disappointed I am in the lack of attention Custom Scenarios have received for Age of Empires III DE. The lack of emphasis and sense of importance the Scenario Editor got was laughable to say the least.

While pointing out my disappointment I would like to add - while reviewing a lot of unit files I have a question for you guys: Why did you guys bother in focusing so much about giving the much needed respect to some of the Native Buildings and Units if your own files still have the old names of the “offensive” units/buildings? What’s up with that? That’s a topic for another time.

After this update you guys are forcing each player to be assigned the civ under the [Player Data] tab found inside the Scenario Editor.

You have completely removed the freedom of choice in Scenario Games and also the option to play ‘Free for All’ at the player’s discretion.

Exhibition A for ‘Free for All’ disabled:

Exhibition B for ‘Free for All’ As mentioned earlier the new update forced a pre-determined player color, civilization, and player team. All of this information based on the [Player Data] tab in the Scenario Editor

Lastly the host cannot determine when the game starts. If you choose [Human] under "CONTROL’ inside the [Player Data] tab you cannot place a computer in the empty slot. This rule prevents the host from starting the game early by simply filling the empty slots with a computer. 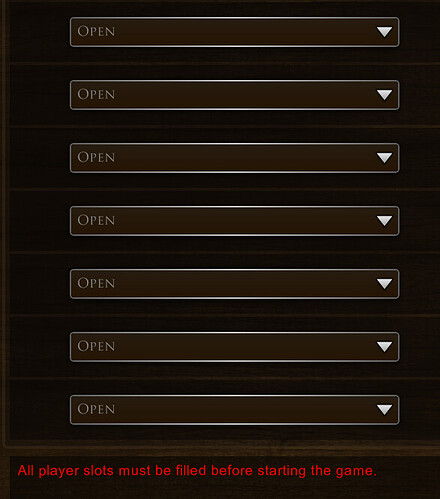 This was working fine before the update; aside from the many other issues that it had and the update ignored to fix.

In addition, Scenario Games keep randomly OOSing 5-10 minutes into the game. Sometimes 30 minutes into the game. It is completely unexplained as to what causes it. One major problem that is very consistent is the ‘playtest’ feature. After you playtest an scenario 3-4 times the next playtest will crash your game. Sometimes losing the work done. One latest bug is the entire screen going dark.

This was only 11 minutes into the game 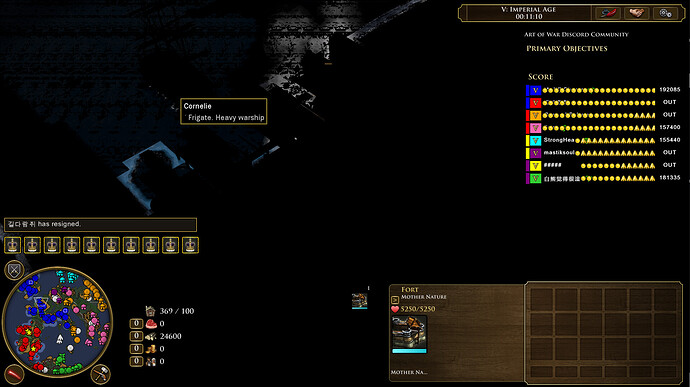 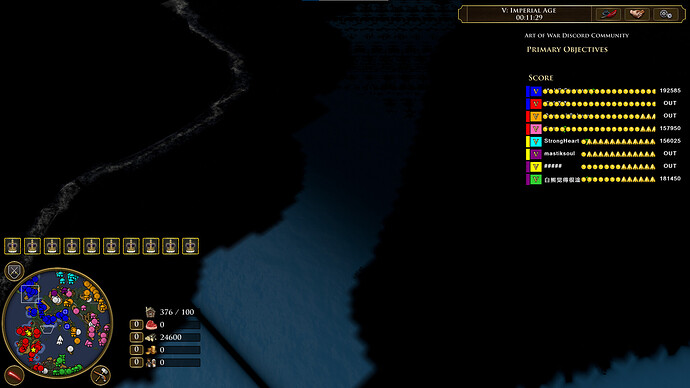 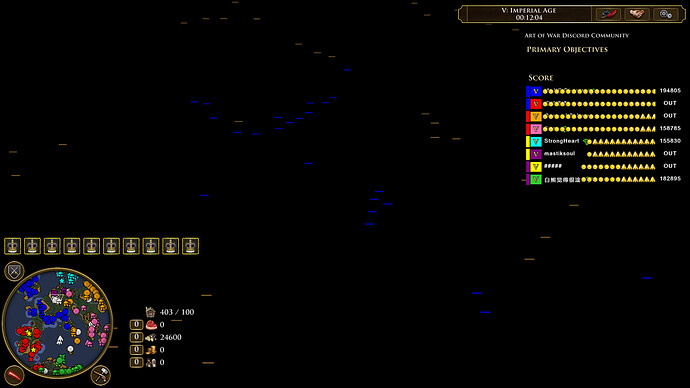 It is important to know that the dark screen effect was throughout the entire player base within the game. Meaning, every person currently playing the game had their entire game dark mode. It was not just me.

Guys - is this pure lack of competence or is this the way Scenarios now work? What is going on here? Not only did the Custom Scenario community got the end of the stick now we can’t properly play our beloved scenarios b/c of these ridiculous bugs/changes.

Age of Empires II release was also a big mess and I understand you guys are working with the resources given to you by corporate. But this is beyond unacceptable to still see bugs back from 2005 and utilize the same Scenario Editor UI I used over 10 years ago.

Show the Custom Scenario community you truly care about us.

Please fix this. Scenarios used to be my favorite part of the game and now they are literally unplayable. I really hope this was a bug and the dev team didn’t think it was a good idea to make the scenarios this way forever now.
TLDR PLEASE FIX ASAP

If this was an optional thing to toggle somewhere, it could be good. Definitely shouldn’t be forced on all scenarios though.

Totally off topic, is there an ultra hd pic of your profile pic in DE now?

I was finally able to play a game of colosseum last evening on the new update. However, as the host, not being able to choose FFA or change my team is a big problem. The game paired me up with another player and all the rest of the players were FFA, which was unbalanced. I will switch over to the 2007 version until custom multiplayer scenarios are fixed.

The modify protounit effect is still broken, you can’t modify damage outputs on anything.

Not sure how this has been broken since 2007, you literally had to download a mod to fix it.

Yeah its unfortunate that this is happening with Scenarios, I had opened a support ticket due to having an error mentioning “Out of Sync” however now the Scenarios cannot even be set up properly. I definitely appreciate some of the changes that were made in the latest patch, but it seems to have completely broken scenario modes.

On an aside, it would be cool if like some maps they have placed in the game they gave modes like Risk, Coloseum and Food, Wood, Gold official support as alternative fun modes.

We have a specific community that dedicates their time to Custom Scenarios. We have 2 Coloseums out and we have a Risk Scenario out but this update is preventing us from hosting games.

Wait a minute…
You are saying me asking for having a scenario dictate player civ choices was addressed and I can let players play with the campaign exclusive civs???

Finally I can make the campaign available in coop lol.

When i (or anyone else) try to host custom scenario it will not let player to choose civillizations. They have to use those that were set in scenario editor.

What was supposed to happen if the bug you encountered were not present?
You should be able to choose civillization.

Best thing to happen would be to put option into scenario editor, that would either allowed or banned option to choose civillization. This way you can either let players choose they civ or set them one and becouse you can set even normaly unplayable civs in scenario editor than this would allowed for some cool new scenarios.

After the new update, there are three bugs that I noticed while selecting custom scenario maps online:

This is occurring after the latest update and is faced by everyone who are playing custom scenario maps online. All other game modes work fine.

Please roll out a fix for this as soon as possible, it has been over a week since this has popped up. Come on guys…

Already described by the screenshot and the issue description I have shared. As you can see in the screeenshot, the FFA button is missing and while it is not apparent, I’m absolutely unable to change my civilization or Team number.

What actually happened (what went wrong) because of the issue you’re reporting?
Its simple, I’m unable to exercise any sort of control while playing custom scenario games. 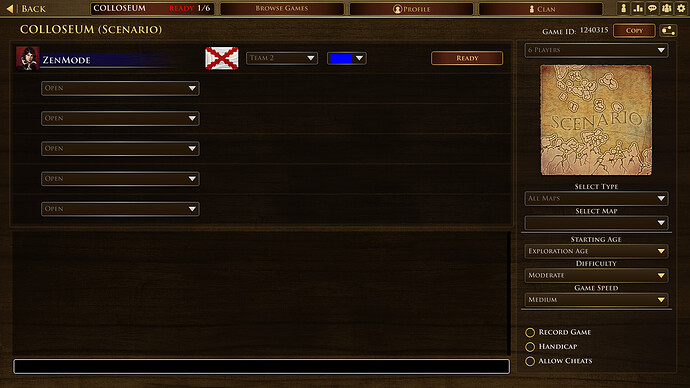 Also, let us not forget it is not possible to build home city deck for Multiplayer Scenarios.

When we select the “Home City Editor” within the scenario there are NO Cards to select.

Therefore, we cannot get home city shipments in custom scenarios.

This used to work fine in the Original game.

It didn’t work at all in the original game. Homecity editor was bricked and you had to edit the xml file yourself.

Please microsoft notice this post and update the game, AOE3 is different without scenario

For Multiplayer scenarios it worked very good, and it is still working fine.
I have made many scenarios for Online play.

You have to use the Home City Editor from the Scenario Editor for Multiplayer.
There is no other way.

Yes me too the same bug ; great job for those who make scenario keep it up ; and hope this will fixed soon

i guess i will keep creating scenarios in the old aoe3

Yes there is, editing the XML Files yourself like many scenario editors have done in the past. 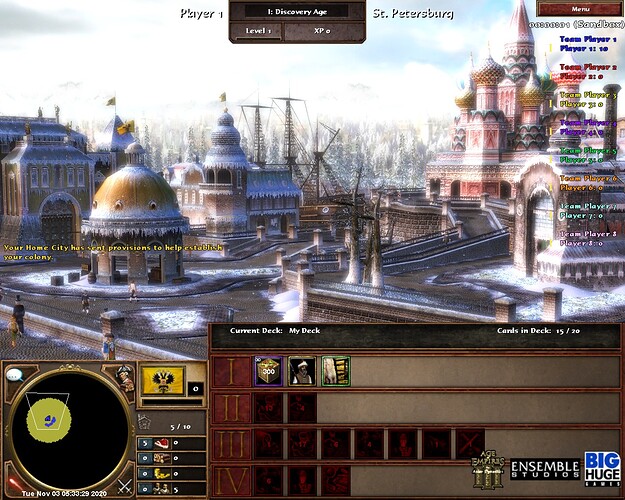 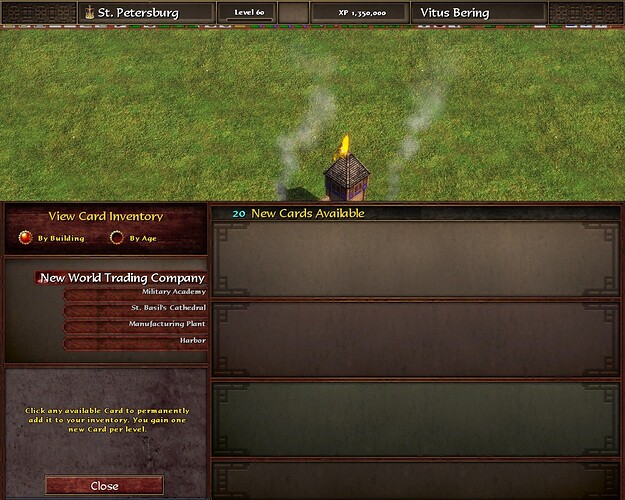 Doesn’t work to me.

Why isn’t this fixed?! This online scenario bug has been out for more than a week now. This is sloppy work, really.
I am at the mercy of the RNG to come up with a civilization other than Spain whenever I join a custom scenario game. Ah yes, I forgot, no control over Teams either.
If you cannot come up with a fix for this after so long, then kindly roll us back to the previous version where we could play scenario maps like normal.